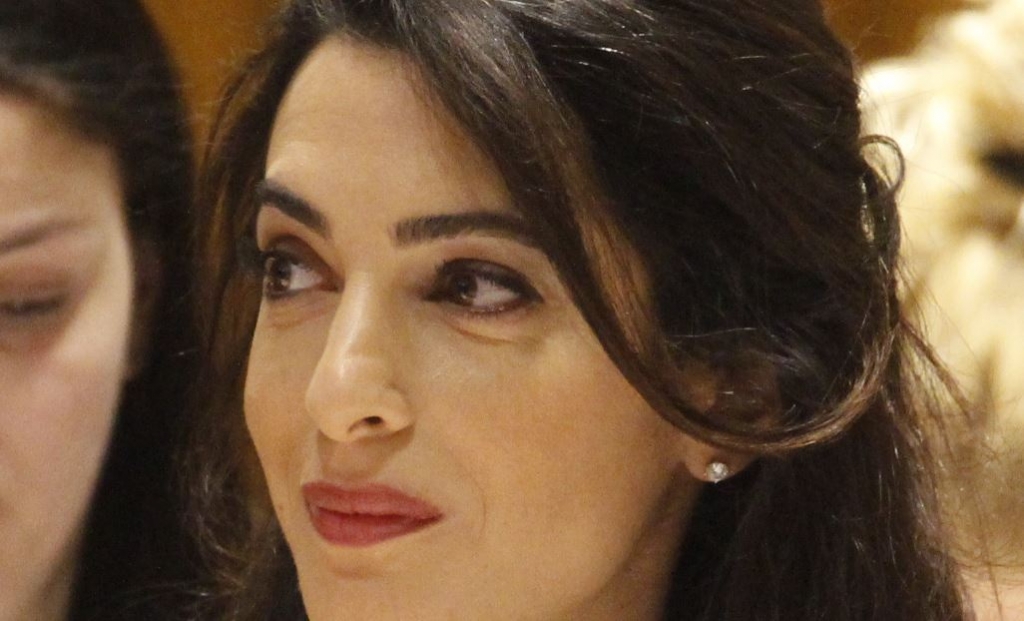 Amal Clooney is a Lebanese born British barrister who specializes in human rights and international law at  Doughty Street Chambers. She gained the most popularity and fame after being linked to famous Hollywood actor George Clooney. She married the American actor in the year 2014.

Amal, currently age 40, has also previously worked as an attorney to the former prime minister of Ukraine, Yulia Tymoshenko while also representing Egyptian-Canadian journalist Mohamed Fahmy. Let’s get to learn more about Amal Clooney in detail.

Amal Clooney was born as Amal Alamuddin on 3 February 1978 in Beirut, Lebanon which actually makes her nationality a Lebanese. However, during the 1980s civil war, her family fled Lebanon while she was only two years old. She was born to Ramzi Alam Uddin and Bariaa Miknass both of whom were scholars in their respective fields. Clooney went to  Dr. Challoner’s High School in  Buckinghamshire after which she attended t St Hugh’s College, Oxford from where she graduated with a B.A degree in Jurisprudence. Later she went to  New York University School of Law from where she received an LLM degree.

After she was qualified as a lawyer in the United States and the United Kingdom she began practicing at some international platforms like International Court of Justice and the International Criminal Court. Similarly, she worked at the  Office of the Prosecutor at the UN Special Tribunal for Lebanon and  International Criminal Tribunal. In the year 2010, Amal went back to London where she started her work as a barrister in Doughty Street Chambers. Since then she has worked as an attorney for some high profile cases. In the year 2015 and 2016, she also served as a visiting faculty in the  Columbia Law School’s Human Rights Institute. While from the year 2018, she began serving as a co-professor at  Columbia Law School.

Amal Clooney’s personal life was forever changed after she started dating the famous American Hollywood actor George Clooney. The couple engaged on 28 April 2014 despite the noticeable age gap. On 7 August 2014, George Clooney and Amal Clooney officially tied the knots in Venice’s city hall which was a high profile wedding ceremony and reported by media with a massive coverage. Similarly, in the year 2017, Amal’s pregnancy made a big news on the media yet again and she gave birth to twins Ella and Alexander in June of 2017.

Not only through her career and personal life but Amal is also equally known for a sense of style and fashion for women across the world. The beautiful and smart Amal has achieved a milestone in her career as a humanitarian. She has a net worth estimation of $10 million.

Amal Clooney is not active on social media sites like her movie star husband. They have managed to keep their personal lives away from the influence of the media. However, there are some fan social media pines on her name. Also read about Laura Ingraham here.