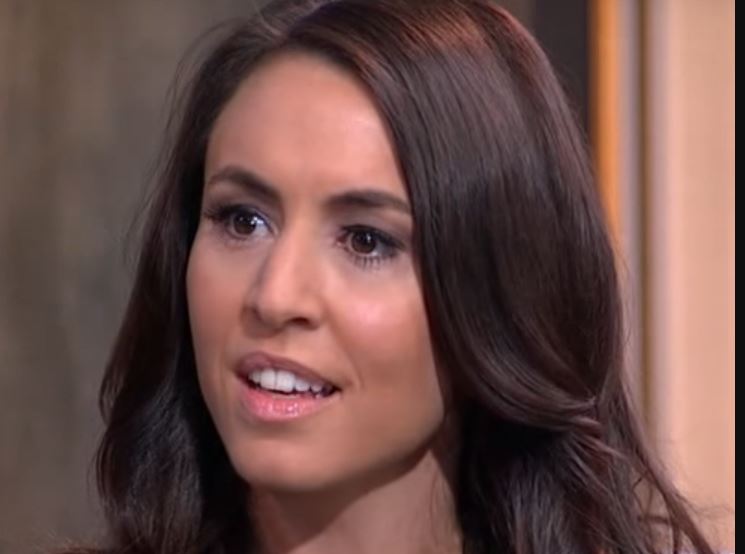 Andrea Tantaros is an American political commentator and an analyst. She was also a co-host for the show, “Outnumbered” in the Fox News Channel. Apart from that, Tantaros is also an author of her book called the Tied Up in Knots: How Getting What We Wanted Made Women Miserable which was published in the year 2016.

Tantaros, age 39, is also a spokesperson for Massachusetts governor. Let’s find out more in detail about Andrea’s personal life, career, and net worth. Also read about Tara Setmayer.

First, I am the ONLY woman to not have an NDA. There was tremendous pressure brought to not publish this story – read it here: http://tinyurl.com/hko3m23 Thank you @cosmopolitan & @abigail_pesta for not backing down. But most of all thank you to all the loyal viewers & followers who have supported me for months. Your words and messages of encouragement have been both meaningful and motivational. I'm grateful beyond words for all of you. Thank you for having my back.

Andrea Tantaros was born on December 30, 1978, in Allentown, Pennsylvania which makes her nationality an American. She belongs to a mix of ethnicities as her father is a Greek and her mother belongs to Italian descent. She went to Parkland High School after which she graduated from Lehigh University with a degree in French and journalism.

Tantaros joined  CNN as an intern for the crossfire program where she covered the convention in Philadelphia. After that Tantaros. Later after completing her graduate degree from University of Paris (The Sorbonne) she started working as a spokeswoman for  Massachusetts’ Governor William Weld. After that, she even worked for some more political figures. Tantaros then started her TV career as a political contributor in Fox news channel in the year 2010. Following the year, she also co-hosted “The Five” which was quite very popular. In the year 2014, Andrea c0-hosted Outnumbered. There were a lot of controversies after she filed a sexual harassment case against the channel and even some of its hosts.

Recording the audio book version of my upcoming book, Tied Up in Knots (out April 26th!)

Now getting to Andrea Tantaros personal life is equally interesting. Reports claim that the commentator is not single at the moment. Rumor has it that Andrea is dating her boyfriend Dave Navarro the ex-husband of model Carmen Electra. The Red Hot Chilli Pepper’s band member is quite famous for his love affairs, Andrea is the latest name on his list of women he has dated. We cannot really tell if this is the whole of truth as both of them haven’t made the rumor official yet.

You know who you are #happyvalentinesday #love #soulmates #2is1

Andrea has been pulled up into a lot of controversies regarding her career and her work. But beside it all, this conservative commentator is so far, doing her best and is able to garner a good career reach. Andrea has a net worth estimation of $1.5 million while she makes $300k annually.

Very special thank you to both photographer Peter Radd and his team and @cosmopolitan's Fabienne Le Roux.

Tantaros is also active on social media sites like Instagram and Twitter as well. Tantaros has a total 94.1k followers on her Instagram account where she often shares some personal posts as well. Andrea is also an author with her book released in the year 2016. However, there were some legal controversies about the book as well.