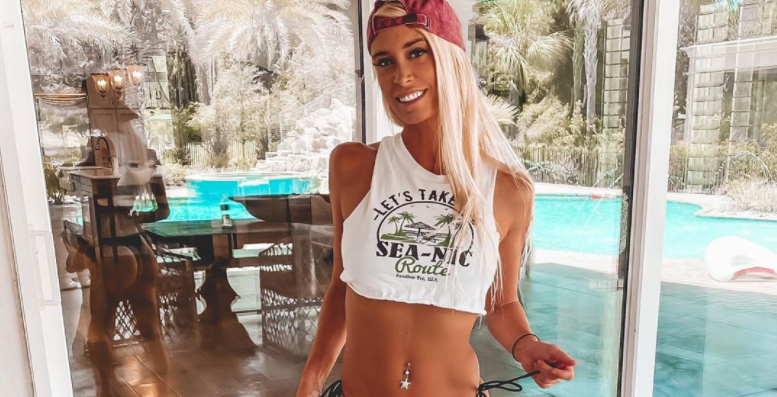 Ashley Kolfage is the Instagram model and influencer as well as a businesswoman. However, she rose to fame for her marital life with a former veteran of the United States Air Force, Brian Kolfage. He is the Kolfage is a triple amputee who had suffered from severe injuries while serving in Iraq with the U.S. Air Force. Moreover, he is also the founder of the organization We Build the Wall and raised funds through GoFundMe.

According to NYPost on 22 August 2020, her husband has charged with skimming for the US-Mexico border wall blew the cash on his lavishing lifestyle. Further, Brian accused of pocketing $20,000 a month from the viral GoFundMe fundraiser ‘We Build the Wall’ that launched in 2018 which has raised up to $25 million. 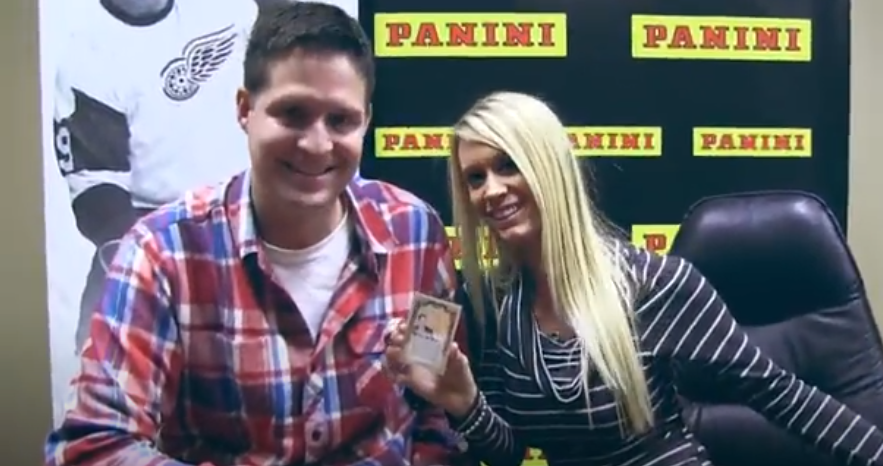 The model was born as Ashley Goetz on 16 September 1985 in the United States of America. She seems to be secretive when it comes to sharing information on her family or siblings. Growing up in Texas, she has completed high school education from Central High School. Then she went on to join Angelo State University and graduated with a degree in 2008.

According to her website, she became interested in making a career in modeling when she was a little girl. Therefore, to make a career in modeling, she had worked very hard to achieve her goals. Therefore, she has been working in the field for over ten years with different brands including Blue Ice Vodka and Aqua Medical Spa. Also, she has participated to become a Maxim Covergirl and made it to semi-finals in 2018. Additionally, she revealed that she competed as part of a donation campaign for Homes for Wounded Warriors Foundation.

Ashley had worked as a teacher in Hawaii while she was attempting to break into a modeling career. Moreover, she has also involved in other business ventures and runs her own clothing line ‘Coconut Chic’. Further, she along with her husband has co-founded the Military Grade Coffee and donates 10 percent of its share to the USA ex-army.

As mentioned earlier, she has been married to the veteran US Airforce Officer Brian Kolfage. The couple married on 28 May 2011 and has two children together. She met her husband in a Chili’s restaurant in 2001 prior to his deployment in Kuwait. However, the duo came closer after Brian was severely wounded in Iraq. Further, she added that after hearing about the incident she reached out to him through Facebook and college friends. Also, Ashley had written an essay for Cosmopolitan in July 2014 “I Married a Wounded Soldier.” 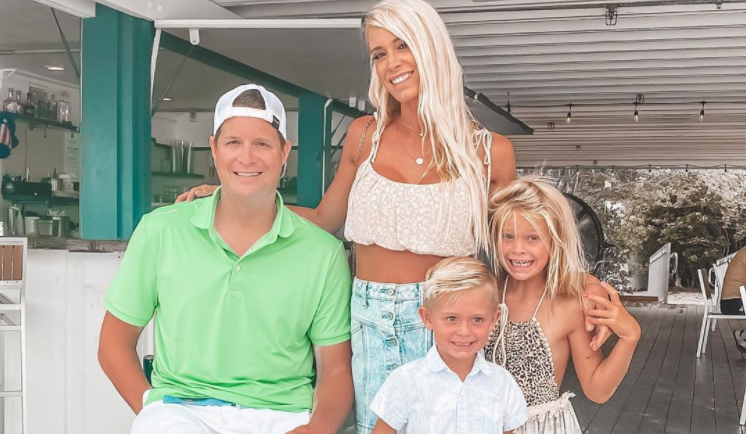 Caption: Ashley with her husband and two kids.
Source: Instagram

Talking about her earning, over the past ten years, she has been working in the modeling field. Further, she also works with her husband in raising funds and involved as a philanthropist. Therefore, she must be making a profitable amount from her career. Though she has not available exact information on her salary or income. However, according to different sources, her net worth has an estimation of above $100 thousand.

Unlike her husband, she is fairly active over different social media platforms, especially Instagram. On Instagram, she has a personal but unverified account @ashleyk_hawaii with 273k followers. She has also created and runs her own website under her name where she shares some of her modeling photos, works, and experiences.

I am not sure who is more excited for school to start!!?? The kids or me 😂😂 jk I thought I would be excited but tbh I’m going to really miss our pool, beach & boat days together. Best thing that came from the never ending summer was spending endless time with my babies. . . . . . . . . #firstdayofschool #school #mom #momlife #momsofinstagram #kids #potterybarnteen #potterybarnkids #smile #behappy #positive #family

The beautiful model and mother of two, Kolfage has a stunning and saucy body that measures to 34 inches breast size, 25 inches waist size, and 35 inches hips size. Her perfect body stands to a height of 5 feet 6 inches or 1.67 meters and weighs around 65 kg. She has a long blonde hair color with brown eyes color.