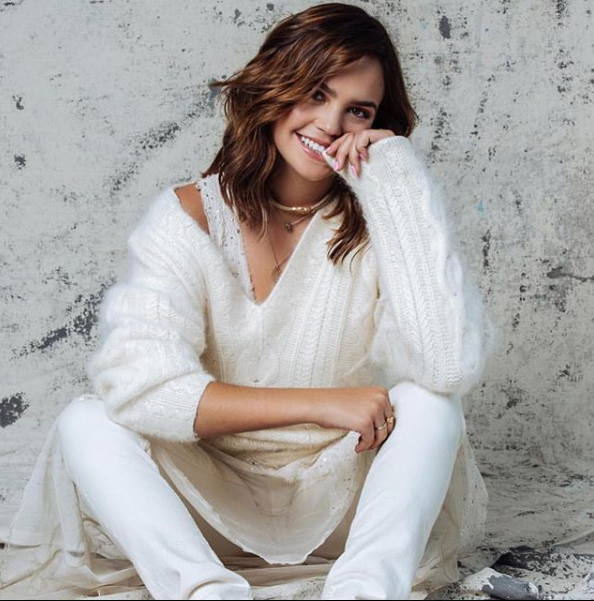 Bailee Madison is an American actress who is famous for playing the role of May Belle Aarons for the 2007 movie “Bridge to Terabithia.” Besides this, she has also played the younger sister of Snow White in ABC Drama series, “Once Upon a Time.” Madison has even been on the same stage with actors like Adam Sandler for the movie “Just Go with It” and Selena Gomez for the series, “Wizards of Waverly Place.”

Madison began her journey into acting when she was only an infant. The unconscious child was only 2 weeks old when she first starred in an Office Depot Commercial. Not so long after, she was seen in more commercials for big names like SeaWorld, Disney, and Cadillac. Currently, Bailee is one of the spokesperson for a childhood cancer charity, “Alex’s Lemonade Stand Foundation.” This young beautiful actress has already done so much for Hollywood and humanity. Let us now get to know more about her.

Bailee Madison was born on the 15th of October, 1999, in Fort Lauderdale, Florida. She is an American and belongs to a mixed ethnicity with English and Irish background. Madison was born to her mother Patricia Railey and was raised in a friendly household alongside 4 brothers and 2 sisters.

I was shown this picture earlier today & at first just giggled at it, but then while I sat on a plane heading back to work I started thinking… I wish I could go back and tell my 6 year old self about what her life would be like in 13 years.. I’d talk about the people who would lift her back up when she falls down, the memories she would make, the growth she would go through and the enormous amount of love she would feel in her heart every day, and especially on her 19th birthday. Feeling so grateful to my friends, family and of course ALL. OF. YOU. for taking the time to send me birthday wishes, but even more for choosing to let me be a part of your life. I’m so thankful and boy, I’m so ready for this year. ❤️

Madison has a strong bond with her siblings and is extremely close to her sisters. On an interview, she talked about her love for her siblings and says that she and her sisters wore the same pajamas for the most part as kids. She was also very close with her mother who played a big role in the success of Madison. Patricia was getting her 2-week-old daughter small roles in ads and by the time Bailee had turned 5, she had already begun acting.

Madison made her feature film debut in 2006 with the movie ‘Lonely Hearts.’ It was a movie based on a true story of the infamous “Lonely Hearts Killers” of the 40s. However, she found fame after getting cast for the Disney’s 2007, “Bridge to Terabithia.”

The very year, Bailee made her debut on the small screens with a recurring role in the show, “CSI: NY”. She was then seen in other shows like “House”, “Unfabulous”, etc. Next, Madison made more appearances in movies like Saving Sarah Can, and The Last Day of Summer. From her performance in the movie, “The Last Day of Summer” she was able to help her friend who was struggling with personal problems. The portrayal even won her a Young Artist Awards for Best Performance in a TV Movie.

More notably, she was cast alongside big names of the industry like Adam Sandler and Jennifer Aniston for the movie “Just Go With It.” Coming to more recent years, the young talent has been landing more roles in films and TV series and is constantly growing as an actress.

Beyond that, Bailee has also been involving herself in several charitable causes. She is the spokesperson for Alex’s Lemonade Stand Foundation. Many also remember her from her YouTube web series which she has been hosting with Samantha Droke who is a close friend of Ashley Tisdale.

Madison came into the world of acting when she was only 2-weeks-old. She has been in the top of her game ever since and is constantly landing new movies and tv shows. At just 19, Madison has a lot to offer to the industry and a lot to earn too. She already has a huge net worth of $4 million which is sure to rise in the coming years.

Bailee is also an active figure on social media platforms. She has a staggering 2.4 million followers on Instagram and 425k on Twitter. Madison likes to engage with her fans and constantly update them with her personal and professional life.