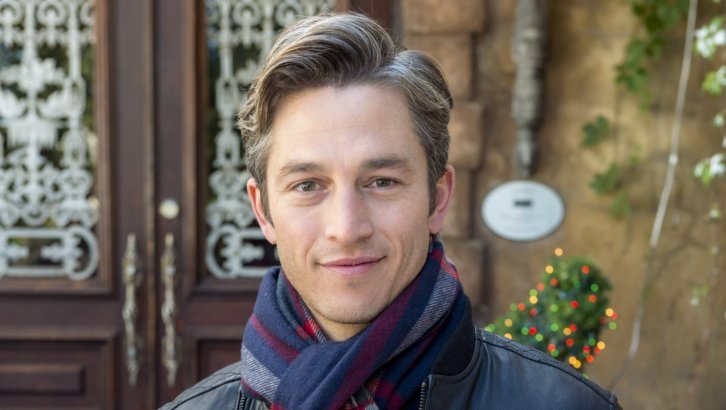 Bobby Campo is an American actor who is famous for his appearance as Nick O’Bannon in the 2009 action film Final Destination. Having made his debut with the movie Vampire Bats in 2005, Campo has been in this industry for almost 15 years now.

Ever since his debut, Bobby has been able to capture the hearts of the audience and casting directors alike. He has then gone on to work on movies and shows like Grey’s Anatomy, Scream, Criminal Minds, etc. Looking into more recent years, Campo has been involving himself with the television show, “Sharing Christmas”. Let us now get to know a bit more about him.

Robert Joseph Camposecco was born on the 9th of March, 1983, in Wheeling, West Virginia. He was born to father Robert who worked as a painting contractor. On the other hand, his mother Donna was a make-up artist who had worked with many celebrities in her time. Bobby also has a younger sister Julia Marie who is currently married to Stephen Christian of the band Anberlin. Despite being born on Wheeling, Campo spent most part of his life in St.Petersburg, Florida. He is also half Italian and half Polish.

Now looking at Campo’s academics, he went to Seminole High School. From a very young age, he had a passion for the entertainment industry. He was also pretty fond of movies and would imagine himself in the screens. To pursue his dream, he went to the Performers Studio Workshop in Tampa, Florida.

Bobby Made his acting debut in 2005 with a minor role in the series, “Vampire Bats”. Ever since, he has been in the industry with many small and some significant roles. However, things began changing for the young American actor when he got cast for The Final Destination 4. The movie was a massive success and this led to the rise of fame for this hardworking talent. He then went on to grace the covers of Throne Magazine and L’Uomo Vogue.

Bobby has also made appearances in short movies like Queen in 2011 and A Conversation About Cheating with My Time Travelling Future Self. Moreover, impressed with the amazing work that Campo has been doing, producers of the supernatural drama show, “Being Human” wanted him for the show. However, in more recent years, Campo has been working for the new television series, “Sharing Christmas”.

Now coming to the personal aspects of Campo’s life, he is married to the beautiful Christie Mac. The two said their vows in 2015 and were together for a few months before that. As per reports, it was a small wedding near the Venice beach and was in presence of close friends and family. The couple has been together for almost 5 years now and is living together happily with no signs of splitting up.

Christie is a hair stylist and is also the brand ambassador for CoCre8. According to the CoCre8 website, it “empowers both brands and salons by co-creating educational content for the real world.” Now getting back to the couple, whilst they do not have any children, they did adopt two wonderful pets. They now have a cat named Remy and a dog named Reagan.

As mentioned before, Bobby has been in the acting business for a long time now. Now only has he established himself in Hollywood, Bobby has also gone on to appear on the covers of several famous magazines. Doing all that he does, Bobby has a net worth of $600,000. For such a wonderful actor with an amazing prospect, he is sure to earn a lot more in the coming years. However, he is living a life full of luxury with his beautiful wife.

This young actor is also pretty active on social media platforms. You can find him on Instagram under the handle @campo_box where he has just over 1.3 million followers. His wife, on the other hand, goes by the handle @christiemaccampo.