Further, he started his career as a comedian and meme creator on YouTube and Vine. However, he rose to fame when his 2016 contouring videos went viral. In 2019, he featured on the pride month cover of Gay Times as well as attended his first New York Fashion Week. Let us scroll over to know more information on his personal and professional life.

He was born as Bretman Rock Sacayanan on 31 July 1998 which makes his age around 22 as of 2020. He was born in Sanchez-Mira, Philippines as the son of father Edmund Laforga and mother Mercedita. When he was young his parents separated and moved to Hawaii along with his mother and sister. Later his father died in November 2019 after being in a coma for a while.

Regarding his education, he attended Campbell High School. During his high school, he participated in sports like soccer, volleyball, and track as well. He gained fame as a social media personality when his 2016 videos went viral. Further, he emerged as a beauty influencer and makeup artist. Before appearing as a beauty expert, he began his vlogging career as a comedian and meme creator.

Love this bih ✨🤍💙 outfit from @fashionnova

Furthermore, he appeared in the ten-episode of the fourth season of the YouTube  Premium web series ‘Escape the Night’. The series released in July 2019 and he played the role of “The Playboy” on the web-series. In the same year, in December,  MTV announced that Rock would be the star of the next season of the YouTube show, No Filter.

He has also received many accolades and awards. It includes 2019 the Beauty Influencer award at the 45th People’s Choice Awards. Also, the Time listed him as one of the “30 Most Influential Teens” in 2017, and he was included in the Forbes “30 Under 30 Asia – Media, Marketing, & Advertising” list in 2018.

Talking about his personal life, he openly admitted he is gay in 2017. It is unclear whether he is in a relationship or not at the moment. But in an interview with Elle in September 2019, Rock stated that he previously was in his first relationship. But he had not revealed information about his prior relationship.

Furthermore, he revealed his relationship in 2018 via his social media accounts, and in a YT video ‘My Boyfriend Does a Makeup’, he featured his mysterious partner without showing his face. But he later announced his break up with his boyfriend. However, his fans became so curious about his mysterious boyfriend and break up. Even in the COVID-19 pandemic, they visited his house. So in April 2020, he asked that his fans not visit his home uninvited, especially during the COVID-19 pandemic. 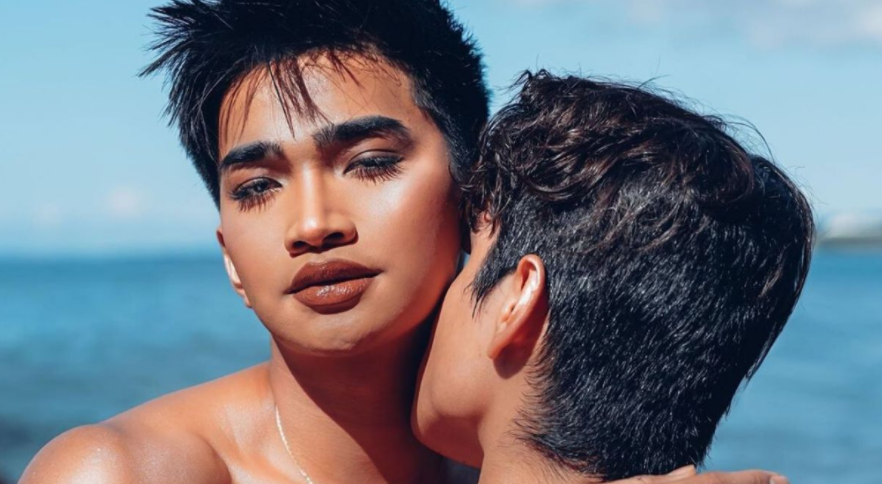 The popular social media personality is earning a hefty amount from his media career. His main source of income is social media platforms where he garnered millions of followers. According to sources, his salary as an assumption of $200 thousand and earn monthly $16000. Therefore, his net worth has an estimation of around $1.2 million.

I’m thinking about that time my uncle asked me for a cup of water and I hated him so much that I took a cup and dunk’d it in toilet water and had him drink toilet water….🚽🚰 I was 9 years old

The YouTuber has a slim and well-maintained that stands of 5 feet 8 inches and weighs around 70 kg. Other than this, no information on his body measurements of chest and waist. He has hazel eyes color with black hair color.