Brian Baumgartner is an American actor famous for his outstanding performance as ‘Kevin Malone’ in the American adaptation of “The Office”. This might be one of his only notable works but you can’t ask for any better show to be part of. Brian was cast as a trial actor when the show first began but he was one of the more prominent members who made appearances in all the 9 seasons of the show.

Brian has been in the industry for many years now and is quite a unique actor. He has also made appearances in movies like License to Wed where he is cast alongside actors like Robin Williams and John Krasinski. However, we just can’t stop talking about his portrayal of Kevin in the sitcom/docudrama The Office. Continue reading to know more about this amazing actor.

It’s football season. It’s chili season. It’s fall walks in the woods season. It’s the season for sweatshirts. And TODAY is your last day to get one of these bad boys. (Or tee shirts/ pocket tees/ mugs). Early Christmas presents!!! Go to Represent.com/Brian. Link in BIO. Today is it!!!!!

Brian Baumgartner was born on the 29th of November in 1972 in Atlanta, Georgia. There is not a whole lot of information available from his early days or his parents. However, we do now that he has been a creative person with a passion for acting.

For his education, Brian went to the Holy Innocents Episcopal School. Later in 1992, he graduated from the Westminister Schools. He then joined Southern Methodist University’s Meadow School of Arts for his higher education. 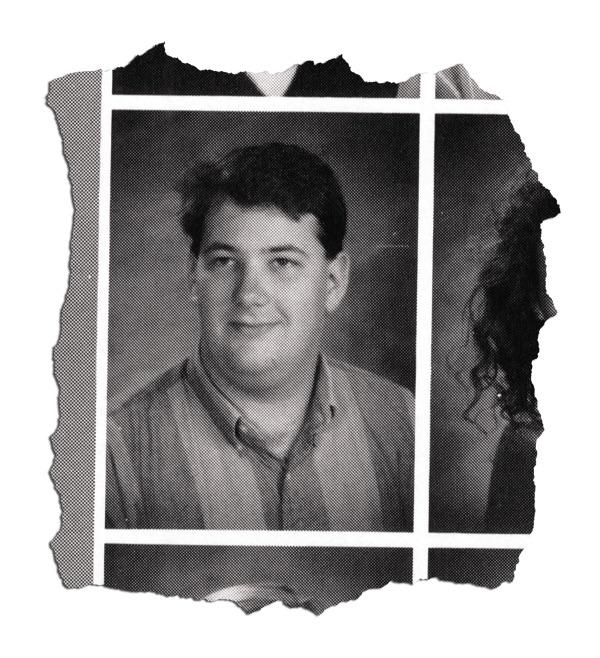 Caption: A younger Brian on his yearbook.
Source: reddit.com

Growing up, Baumgartner wanted to pursue a career in sports but things do not usually work out. He suffered a significant injury and had to go through a surgery at an age of 13. This probably was fate taking him to a career in acting. Next, Brian began acting in plays for his high school.

Very few know about this but Brian was a director, to begin with. He was the Artistic Director for the Hidden Theatre in Minneapolis. For his contribution to the theatre, he received many awards. There he was also making getting small roles as an actor. During those years, he also performed in several local theatres like Berkeley Repertory Theatre, Guthrie Theatre, Children’s Theatre Company, etc.

Before starring for the NBC sitcom The Office, Brian made his appearances in series like Arrested Development, Jake in Progress and Everwood. He was beginning to establish himself in the industry but was always looking for that one role to change his whole career. And so it came in the form of The Office. For the series, he portrayed a role of an overweight, lazy, and an unintelligent character in Kevin Malone. He was absolutely magnificent in what he did. Alongside actors like Steve Carell, John Krasinski, Jenna Fischer, Rainn Wilson, Mindy Kaling, Ed Helms, and B.J. Novak, he was able to set a whole new standard for comedy and sitcoms in America. 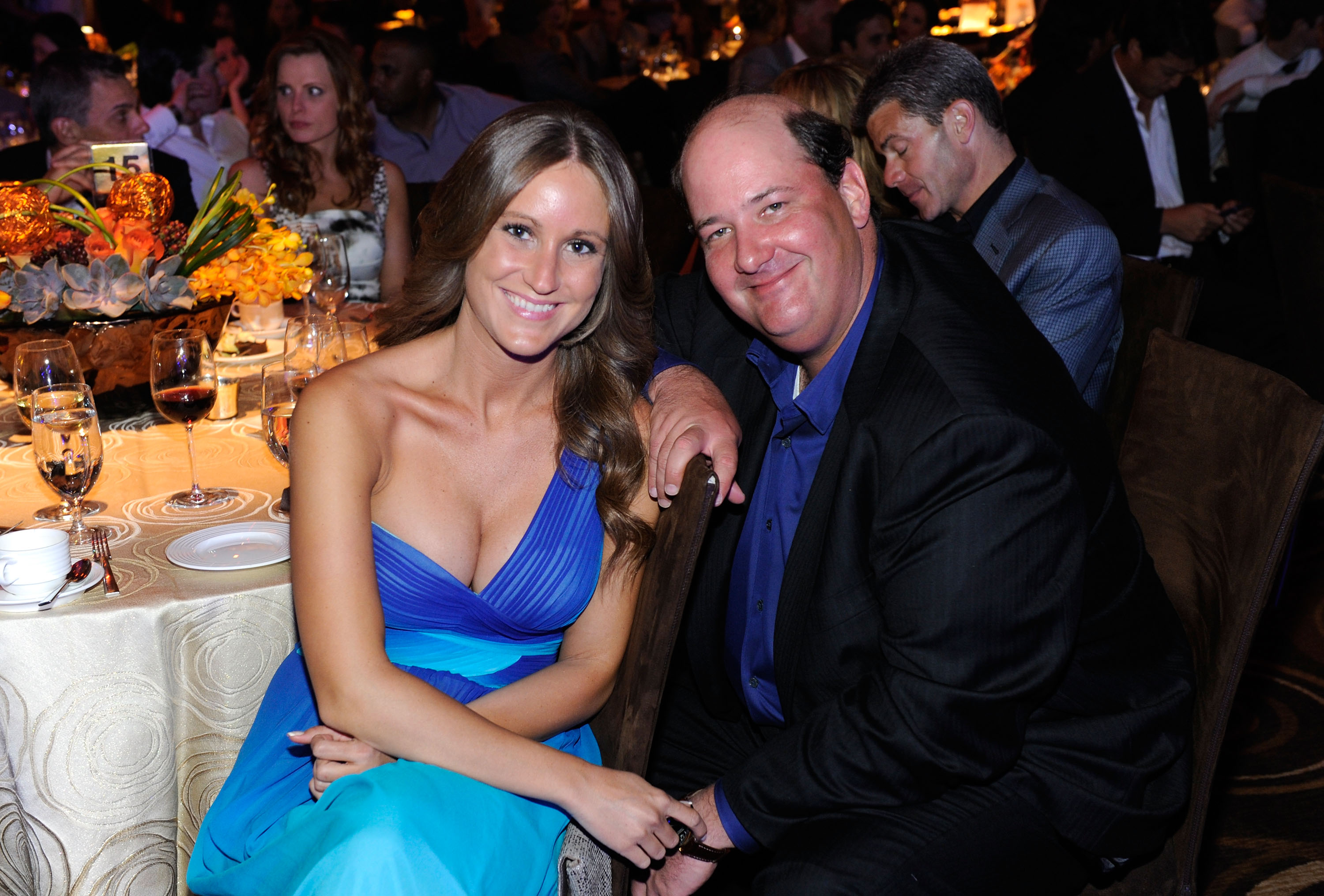 Caption: Brian and his wife on a dinner event.
Source: bustle.com

As of 2018, Brian is together with his wife Celeste Ackelson. The couple got married in April of 2014 and have been together ever since. The ceremony took place at Brian’s backyard in LA and the reception was at the Wilshire Country Club. By the looks of it, it was a beautiful ceremony and in the presence of a few friends and relatives.

My latest project. 9 months in the making. I am happy to announce the arrival of my daughter- Brylee Bea- healthy and very happy. She told me she looks forward to catching up on all the old episodes of The Office once her eyes adjust to life.

In 2015 Brian and Celeste announced their first child. They had given birth to a beautiful daughter and named her Brylee Bea Baumgartner. Baumgartner made the announcement on Instagram and described Brylee and his and Celeste’s 9-month project.

Brian has been in the industry for a long time now. And he has been pretty darn successful for the most part. He was part of one of the biggest sitcoms in American history from its very pilot episode to the finale. We sure are not going to forget his face or his ways so he has left a mark forever. For the work he has done, Brian has been able to accumulate a large chunk of money. As of 2018, he has a net worth of a whopping $6 million. For us, the accountant on The Office deserves every penny.

My old friend @rainnwilson knows what is up. You have a day to get this. Then gone FOREVER. LAST FREAKING DAY!!! Go to: Represent.com/brian link in bio.