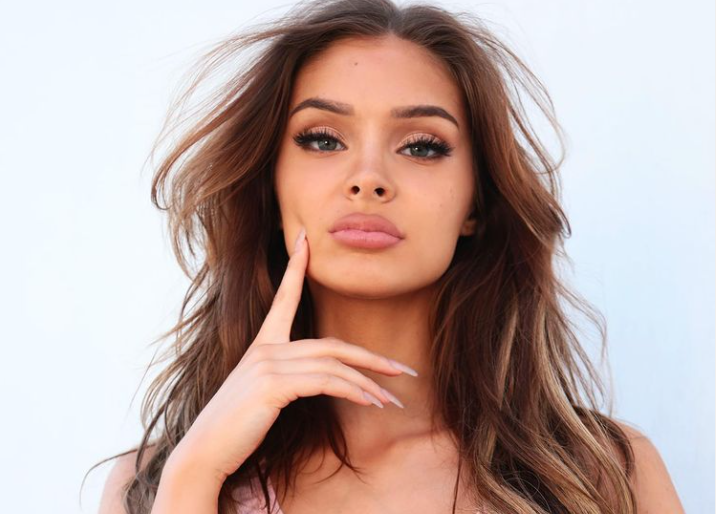 The American actress Brighton Sharbino was raised to prominence as a child actress and also emerged as a YouTuber. She has appeared in guest roles in several series and films. However, she is highly recognized for her role as Lizzie Samuels on the AMC television series ‘The Walking Dead’. Furthermore, the series features actors like Andrew Lincoln, Lauren Cohan, Alanna Masterson, Emily Kinney, Cassady McClincy, and many more.

Her television and movie credit includes ‘Hannah Montana’, ‘Prime Suspect’, ‘Cheap Thrills’, ‘The New Normal’, and ‘True Detective’. She has also launched her YouTube channel under her name with 130k subscribers and over 5 million views. Her channel was created on 18 March 2014. Let us scroll over to know more information on the beautiful and charming actress.

The beautiful actress was born on 19 August 2002 as Brighton Rosie Sharbino in Flower Mound, Texas, the United States of America. She is the daughter of parents Ron and Angela Sharbino. Further, she has two siblings: Saxon and Sawyer Sharbino also involved in acting. At the age of nine, she and her family moved to Los Angeles.

Regarding her education, she had completed her schooling at Bridlewood Elementary School. At the time, she played for the Greater Lewisville Area Soccer Association as well as took local acting classes. Further, she started her career with the PBS ‘Barney and Friends’. She had made several guest roles in the series like 2010 ‘Hannah Montana’, 2012 ‘The New Normal’, 2013 ‘NCIS’, 2014 ‘True Detective’, and 2018 ‘Criminal Minds’, many more.

Speaking of her love life, the 18-year-old (as of July 2021) actress seems to be single at the moment and not married yet. Moreover, in March 2020, she began dating a guy named Micah Yamauchi as she introduced him as her boyfriend on her YouTube channel. As of now, they seem to be separate from each other. However, there will be a right time when she will hook up with the right person.

The actress was once rumored to be dating a Skateboarder turned YouTuber, Ben Azelart in 2019. They were together for a brief time. Also, her siblings made a YouTube video title called ‘I Filled My SISTERS Room With Pictures of Her EX-BOYFRIEND/Saxon’.

Her net worth has an estimation of around $700 thousand. She has been making this amount from her acting career. Further, she has also appeared in commercials and magazines apart from acting projects. With this amount, she has been living a lavish lifestyle.

The actress has a slim and fit body figure that stands to a height of 5 feet 4 inches or 1.63 meters. Her body weighs around 50 kg with unknown measurements of chest or waist. She has blonde hair color with light blue eyes color.