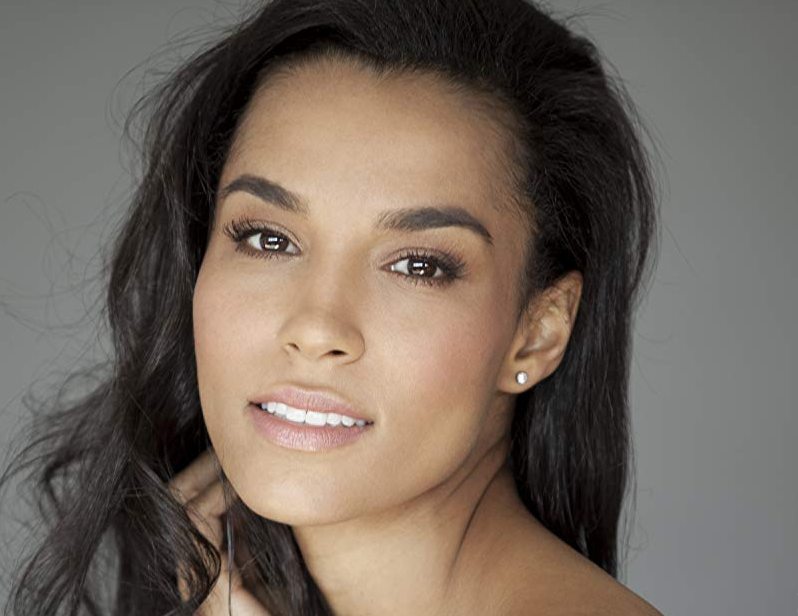 If you ever have watched the ABC sitcom ‘My Wife and Kids’that aired from 2001 to 2005, then you must recognize some popular characters of the series. One of the popular characters,  ‘Vanessa Scott’ played by the actress Brooklyn Sudano by replacing the actress Meagan Good. There she played Junior’s girlfriend and later break the news of being teenage parents in the fourth season.

Moreover, she has also acted in other series like NBC’s Taken and MTV Tv movie ‘Turn the Beat Around’. Additionally, she is the daughter of the Grammy Award-winner ‘Disco Queen’ singer Donna Summer and songwriter Bruce Sudano. Let us scroll below to know more about the actress Sudano who has also made her name as singer and dancer.

Actress Sudano was born on 5 January 1981, in Los Angeles, California, in the United States. She was born as the daughter to Afro-American singer Donna Summer and Italian-American father Bruce Sudano. In addition, her parents have given a name under her hometown Brooklyn, New York. She has a younger sister Amanda Sudano who is a singer and songwriter of Johnnyswim. Also, she has an older half-sibling, Mimi Sommer from her mother’s first marriage.

Looking at her education, she has attended Christ Presbyterian Academy. During high school, she used to participate in all the theatre productions. Though some times she accompanied her parents to different countries, she was a bright student and a valedictorian at her graduation.

After graduation, different private universities like Brown, Duke, and Georgetown University have accepted her. But she attended Vanderbilt University which was near to her home. Later, she left the university to pursue an acting lessons at Lee Strasberg Theatre and Film Institute, New York.

Moreover, she has spent her childhood moving to different places in the nation. Also, the siblings have sung in the gospel choir at church. And In her free time, Brooklyn has learned dancing, singing, and writing songs.

I am who I am, because you were who you were… ❤️🙏🏾 #GOAT #HappyMothersDay

Sudano began her career as a model while she was pursuing her acting lessons. At first, she was discovered by the modeling agent and signed to the Ford Modeling Agency. After that, she worked in various advertising campaigns including print and television. Later she started her professional career as an actress in 2003 and appeared as ‘Vanessa Scott’ in the series ‘My Wife and Kids’.

Buckle up… It's gonna be a crazy ride! 💥💥 #taken @nbctaken

Coming over to her personal life, she is a married woman. She married to her boyfriend Mike McGlaflin. After dating for some time, they wedded on 6 October 2008. Further, the couple is living a healthy and strong married life. Additionally, the couple has welcomed a beautiful and lovely daughter. Previously, she was rumored to have a romantic relationship with actor George O. Gore II.

In terms of her rumor and controversy, she is one of those performers who does not like to talk about unnecessary things in the media. Therefore, she has not been involved in short of controversies that may damage her image personally or professionally.

Speaking about her net worth, she has collected a number of six digits figure from her acting career. Therefore, her net worth has an estimation of around $3 million. Also, she has made a profit from her modeling career and other business ventures as well.

The actress has a slim body type that stands to an average height of 5 feet 6 inches or 1.67 meters. Her perfect curvy body weighs around 52 kg. She has light brown eyes with natural dark brown curly hair which she sometimes straightened and style according to new trends.