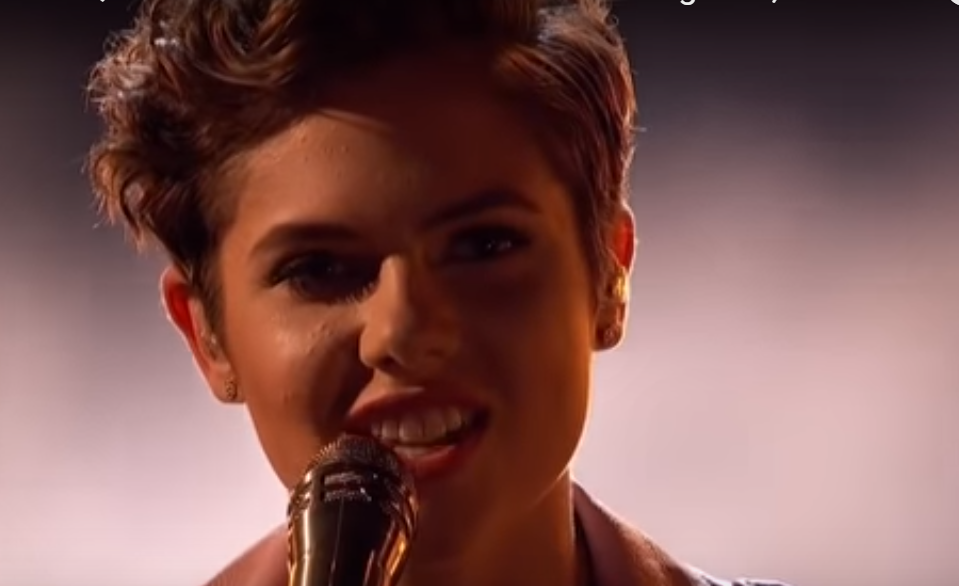 Calysta Bevier became popular after she appeared in the fourth episode of reality show ‘America’s Got Talent: Season 11’ in 2016. Then she received a golden buzzer from Simon Cowell. However, the 20-year-old girl didn’t think that she would ever be a celebrated singer as she has gone through much hard time and agony.

The reality shows famed singer has been diagnosed with ovarian cancer while she was just 15. Luckily, she survived after going through many treatment procedures. After that, she decided to use her voice to help cancer patients and survivors. Further, keep on reading to know more about the cancer survivor turned singer, Calysta.

The uprising singer was born on 17 September 1999, in Bowling Green, Northwest Ohio, the United States. She was born as the eldest child of parents Missy and Adam Bevier. Her father is a firefighter and her mother, a manager/travel companion. She has three younger siblings: Gavin, Adam, and Lavaya. Before residing in Grand Rapids, Ohio, the family has changed several homes.

From the age of three, she possessed a passion for singing. So, while growing up, her passion began to take a path of her career. Regarding her education, she joined Otsego High School and became a member of the high school cheerleading team. Additionally, she had also performed in her high school and had won several talent contests as well.

She has developed an interest in singing from a young age. However, the young talent got fame in the year 2015 when her 4-minute video clip circulated. The viral video ’16-year-old cancer survivor sings ‘Fight Song”, where she has covered the song of Rachel Platten’s ‘Fight song’. That time, the video has attracted over a thousand viewers which led her to gain popularity over a fortnight. Further, a month after its original post, again the media personality ‘Ellen DeGeneres’ shared the clip which once again went viral.

Nevertheless, the video was recorded by her father when she was invited to perform at a fundraiser held by a family of another cancer patient after the end of her hospital stay. Later, in the same year in December, she appeared on the talk show ‘Ellen DeGeneres Show’. The highlight of the show was that she had invited Rachel Platten, the original singer. Further, both the singers ended up dueting the ‘Fight Song’.

Currently, she has located to Los Angeles to work on her music career. Further, she signed with a top management company and has released her own music. The singer has also performed in the events with top names like Kevin Hart, T-Pain, and many others.

Such a young age, Bevier has successfully grabbed the attention in just five years which is rapidly growing the fame. Further, through her career, she has also made a considerable amount. Therefore, her net worth has an estimation of over $500 thousand. Additionally, in spite of her growing career, her net worth will have an increase in the coming days.

Talking about her personal life, the ovarian cancer survivor seems to be very secretive in nature. Well, she has not provided information on her personal life and love life. We can say that she is not married at the moment as she is focusing on her career. Also, she is looking forward to the chances where she can help cancer patients and survivors.

Moreover, according to some sources, Bevier is not single and linked with the guy Sam Corchado. Further, there is no information available on her boyfriend. Additionally, she is a fun-loving musician who loves to give after especially after being cancer survival. Calysta is one of those people who live their life to the fullest and enjoy every moment of their life.

The talented singer has a slim body type that has an average height of 5 feet 2 inches or 1.57 meters. She has dark brown eye color and natural dark brown hair color which she changed according to new trends. But there is no information on her body measurements and weight.