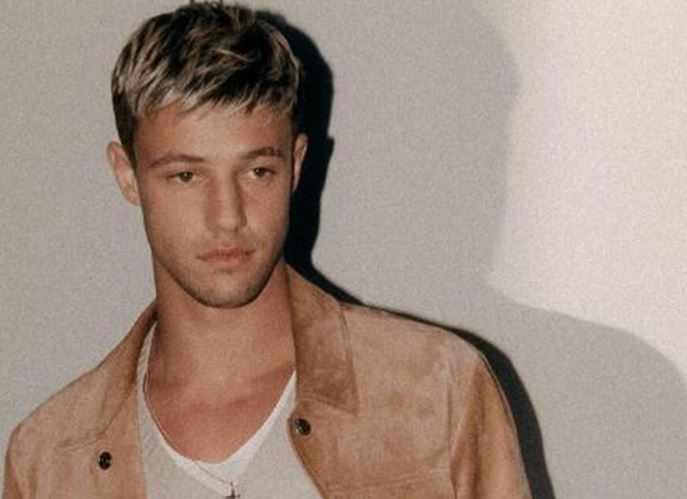 Cameron Dallas is an American internet personality, actor, and Youtuber who is mostly famous from his Vine and Youtube videos. Dallas also has his own reality television show with the title, “Chasing Cameron”. Later, he also appeared in several films like “Expelled and The Outfield”. Meanwhile, “Chasing Cameron” is a Netflix original.

Dallas first rose to fame from his viral Vine videos which were usually prank videos he did on his friends and family. Initially, after that his Youtube videos also started gaining a good audience when Vine was shut down. Later, Dallas appeared on few episodes of American Odyssey which helped his TV career.

Cameron Dallas was born on  September 8, 1994, in Whittier, California, the U.S. which makes his nationality an American. Dallas grew up with his mother Gina Dallas along with his older sister Sierra Dallas. Dallas belongs to a mix of  Scottish, Mexican and German ancestry. There is not much information as to Cameron’s educational background and pursuits. He appeared on the public eye after he started making videos on Vine.

Dallas began his Vine career in the year 2013 when he started posting videos which were usually humorous prank videos on his family and friends. The videos were quite popular on Vine and he started gaining more followers. By the time Vine shut down he had around 8.1m followers on his channel.

By the year 2014, he had already gained a good social media following with millions of followers on his Twitter and Instagram. Due to his popularity, he was cast in the movie, Expelled released later in the year 2014. That led Dallas more opportunities on TV, as a result, he was cast in  The Outfield opposite Youtuber Nash Grier.

Finally, in the year 2016, Cameron announced of his big break with Netflix’s new reality series Chasing Cameron. The show featured the life of the young Viner and social media influencer.

The 23-year-old social media star is quite famous for his humor and charms. Undoubtedly, he has a huge female fan base. There were a lot of speculations leading to Dallas’s relationship status and people were curious about his girlfriend. Though often there have been several speculations on his girlfriend nothing was sure until Dallas himself confirmed the relationship.

Cameroon took it to Instagram and posted a photo where he officially started his relationship with the mystery girlfriend. He posted a photo kissing a girl while at Milan Fashion Week. The girl was none other than the Italian model and blogger Giorgia Caldarulo. More information here.

With a strong follower base on social media, Cameron has been dominating the social media scene so far. Dallas with 5m subscribers to his channel and total views of 263,574,612 is earning a hefty deal of income. His net worth estimation is around $4.5m. Similarly, Dallas was also profiled by Forbes magazine to be one among the Top influencers on the internet.

Dallas is also active on social media where he has a rich number of followers. On his Instagram account, he has around 21m followers at the moment. On his Twitter, he has crossed 11m followers. In addition, Dallas is a Calvin Klein model as well.