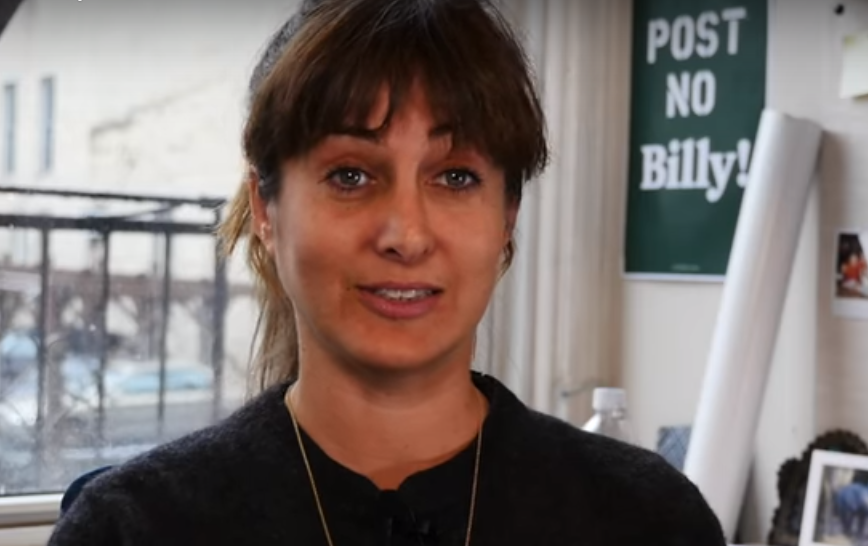 Candice Pool is an American jewelry designer whom many people recognize as the wife of popular Youtube star Casey Neistat. Further, she owns a jewelry company called ‘FINN Jewelry’, which was launched in 2005. Additionally, she is also the creative director and jewelry designer for the company.

Before coming in the highlight, she has worked as the bartender and also sold the friendly plastic and rhinestone jewelry door to door. Moreover, currently, her company invents the huge collection of jewelry including bridal, classic, and Western. Let us scroll below to know more about the elegant and beautiful celebrity’s personal life and relationships as well.

Candice was born on 19 October 1977, in Cape Town, South Africa. However, she has grown up in Texas, the United States along with her parents. But she has not revealed information on her parents or having siblings. According to research reports, the designer has moved to New York about 15 years ago.

Further, Pool becomes secretive when it comes to sharing in the personal data of hers. Like, she has not provided information on her academic qualifications.

From the beginning of her young days, she always had interested in designing pieces of jewelry. However, keeping alive of making a career in jewelry design, she had worked as a bartender to support her financially. Also, she in some point of time, she has sold jewelry from door to door. As time passes, she made up her mind and decided to open her jewelry business. So, in 2005, she launched her jewelry company ‘FINN Jewelry’. By the year 2006, it succeeded in establishing itself in the market.

Furthermore, the company initially began to introduce classic and meticulous jewelry collections that had fine artistic work. Later in 2009, she renovated her dark and empty industry located in Noho, New York into a grand and beautiful FINN showroom. Now the showroom has a large collection of jewelry form Classics to Western, Love to Bridal, and Moon & Stars, so on. Her success portrays the client including celebrities like Karlie Kloss and Taylor Swift.

Talking about the personal life of the jewelry designer, she is currently married to the  Casey Neistat. Casey is a popular YouTuber, Vlogger, filmmaker, and a founder of the multimedia company, ‘Beme’. Interestingly, the couple had eloped and married in 2005. But the marriage lasted for a month and ended with an annulment. Then Casey moved to his then-girlfriend Robin Harris with whom he had produced a son, Owen Neistat.

But after his separation with Harris, later he reconciled with his first sweetheart Candice Pool. The couple engaged on 18 February 2013 and in 29th December, they got married. They tied a knot in a Jewish traditional wedding in Cape Town, South Africa in a private ceremony. Further, they had welcomed two daughters; Francine and Georgie.

Being a popular jewelry designer, her collection also boasts among the clients like top supermodels, celebrities, and capitalist. The CFDA/Vogue Fashion Fund Award nominee has made a significant amount from her business. Therefore, her net worth has an estimation of around $1.5 million. In addition, her husband has a net worth estimated at $6.5 million. Further, she resides in a Battery Park, New York house that worths around $3.5 million with her family.

Unlike her husband, she does not prefer to use personal social media platforms like Twitter and Instagram. Though she is connected undirectly to these media, she has created accounts of her jewelry company on these social media platforms. On Instagram, we can see the account @finnjewelry having 99.6k followers, where different designs of jewelry are posted. Likewise, on Twitter, she has account @FinnJewelry with 15.5k followers.

The beautiful jewelry designer has a slim body type that has an average height of around 5 feet 6 inches or 1.64 meters. But she has not provided information on her body measurements as well as weight. She has dark blonde hair color with attractive green eye color.