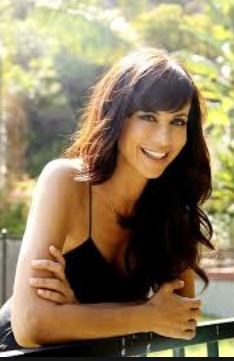 Catherine Bell is a British-born Iranian-American actress and producer. She is especially famous for her role as Lieutenant Colonel Sarah MacKenzie in the television series “JAG” from 1997 to 2005. She is also known for portraying the role of Denise Sherwood alongside Brigid Brannagh in the series “Army Wives”

Catherine was born on August 14, 1968, in London England to Peter Bell who is Scottish and Mina Ezzati who is Iranian. The actress’ mother had emigrated to London to study nursing while her father worked with an oil company as an architect. At the age of two, her parents got divorced.  She grew up with her mother which eventually made her moved to California’s San Fernando Valley.

Bell was in a diverse family and she had a balanced childhood. She had her grandparents who were Muslims, who spoke Persian in their home but was raised Catholicism and even attended a Baptist summer camp at a time.

The Bell was a tomboy as a teenager and she liked to skateboard, play football. She graduated from Our Lady of Corvallis High School in Los Angeles. Later got admission to the University of California, Los Angeles (UCLA) pursue a degree in research and medicine. She, however, left college in her sophomore year. Because American Beauty a modeling company offered her a modeling job in the land of the rising sun – Japan. Her modeling venture didn’t meet her expectations, as a result, she returned back to the U.S.A.

After she returned back to the United States, she began studying at the Beverly Hills Playhouse and worked as a massage therapist simultaneously.

Catherine Bell made her acting debut playing a small role on the short-lived sitcom “Sugar and Spice” in 1990 and after that portrayed as Isabella Rossellini’s nude body double for the 1992 film “Death Becomes Her”. After that, she appeared in “Men of War” in 1994. The actress has likewise worked in many other movies until 2013 when she played a character in the series “Army Wives”.

She then played the character Cassandra Cassie Nightingale in the American/Canadian fantasy comedy-drama television series “Good Witch” since 2015 and recently had roles in “High-Rise Rescue”, “12 Days”, and “Home for Christmas Day” in 2017.

Bell is a divorced woman and is currently single. She was married to Adam Beason who is a screenwriter. They first met on the set on the 1002 film “Death Becomes Her” and got married on May 8, 1994. They together have a son named Ronan Beason and a daughter named Gemma Beason.

The duo split up in September 2011 and their divorce was finalized in September 2015. It seems like she doesn’t have time for a romantic relationship. Currently, she is more focused on her work.