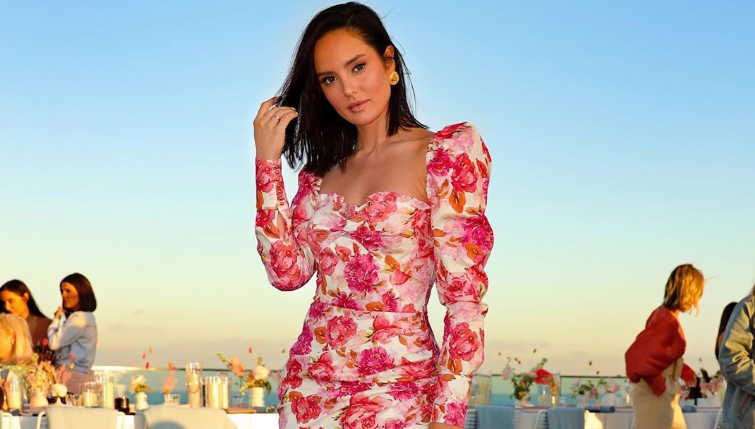 The Australian beauty Chloe Morello is a popular Youtube celebrity and beautician. Before starting a full-time career in social media, she had worked in a crematorium and her family motel business. She established her channel in March 2012 uploading the video of weekly makeup, fashion, and lifestyle.

Moreover, her channel has gained over 301 million views with 2.7 million subscribers. She has also been promoting the top brands like L’Oreal, Vaseline, and Napolean Perdis. The inspiring blogger has also acted in a short Australian comedy film ‘Girl+ Ghost’. Keep on scrolling to read more information on her personal details like career, net worth, and body measurements. 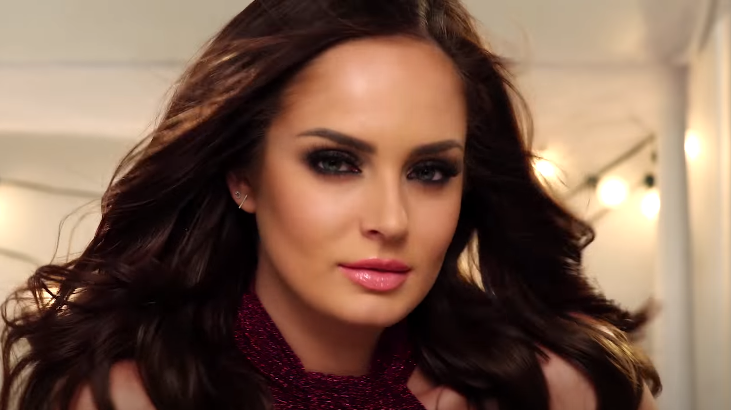 The social media influencer was born on 1 December 1990 in Batemans Bay, North Coast of Australia. She was born as the daughter of an Italian immigrant father to Australia and an unknown mother. She has a younger sister named Ellie with whom she grew up. Additionally, she has also other three half-siblings.

After graduating high school, she joined the college to gained a degree. but she eventually dropped out of college to pursue her career in makeup. However, she also ended up dropping out of the beauty school and began to establish her social media career.

Thank you everyone for the birthday wishes! Throw back to my professional makeup artistry days when I was 5, my beloved little sister Ellie was my first client! Needless to say she was always ecstatic by the results and was the belle of the playground. Ellie had two boyfriends at the same time in preschool and I no doubt played a part in that. 🤷🏻‍♀️ Feeling super grateful for everyone in my life; my family and husband especially, and also you guys. As you can see I loved makeup since like, forever and like, it’s super important to me so like, THANK YOU for allowing me to be a part of your screentime 💕 SoOOoo yeah, I’m currently in Canberra for my friends wedding and I cannot wait to doubly celebrate today!

From the age of sixteen, she started to experiment with makeup and began to discover it. By the age of 20, she established her social media career where she shared and showed her makeup skills and experiences. On 6 March 2012, she joined the YouTube sharing videos on tutorials of makeup advice, hacks, tips, hair styling, and lifestyle. Her channel has amassed 2.7 million subscribers as of June 2020 with over 301 million views.

Morello also has created a joint YouTube channel ‘Seba Y Chloe’ on 27 May 2015 which runs by her husband.  The channel has gained 51k subscribers and more than 2.1 million views. Further, it uploads videos on the couple’s daily lifestyle, traveling, and discovering new places, challenges, and fitness vlogs. In addition, she has collaborated with fellow YouTubers and friends like Huda Kattan, Shannon Harris, and many more.

The Australian beauty is no single anymore and had tied the knot with her boyfriend Sebastian. She married to exotic dancer Sebastian Mecha during January 2018 in an extravagant wedding ceremony. They wedded in an intimate ceremony with spectacular waterfront views and reception on a luxury boat. In addition, the beautiful media star was dazzling in a stunning custom-made dress by Australian fashion designer, Steven Khalil.

They met through a dating app and after two weeks they met personally at the beach in Sydney. In October 2016, they got engaged while they were traveling in Canada. Since then the couple is sharing a good bond with each other. 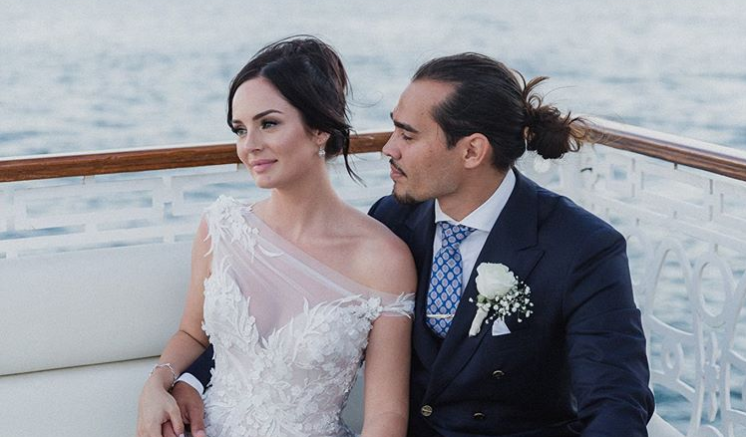 The famous YouTuber has been accumulating a good amount from her social media career. Further, her channel has been amassing a huge amount of followers every now and then. Therefore, talking about her net worth, she has an estimated net worth ranging between $480-$500 thousand AUD or approx to $400 USD. Her earning may have an increase if her fame and works continue to grow more and more.

The YouTuber also has personal and verified accounts on different social media platforms. On Instagram, she goes by the handle @chloemorello with 1.2 million followers. On Twitter, she has an account @ChloeMorello with 149.9k followers. She has But it seems that she has deactivated her Facebook account which had over 1.5 million followers.

This shot was taken mere MOMENTS before I spilt my mimosa all over my white top! 🤡 not even orange stain could damper on my mood today though, as I’m with my family. 💜❤️ Merry Christmas you guys, I bloody love you ALL!!! I’m having an incredible time with my family; telling stories and jokes, playing games, eating well, drinking well, arguing about climate change with the boomers… lots of love all round! All the best wishes for those celebrating 🎄 an Aussie Christmas is something truly special, it’s my favourite time of year for sure 🙏 especially grateful for the thousands of firies from Australia and beyond who are helping us battle the fires, the sacrifice isn’t going unnoticed. We’ve donated to the RFS and I urge you to donate as well – link in my bio #christmas2019 #shonajoy

The beautiful internet star has a slim and attractive body that stands to an average height of 5 feet 7 inches or 1.70 meters. Her perfect body weighs around 56 kg and measures 31-22-33 inches. She has a beautiful pair of hazel light green eyes color with dark brown hair color.