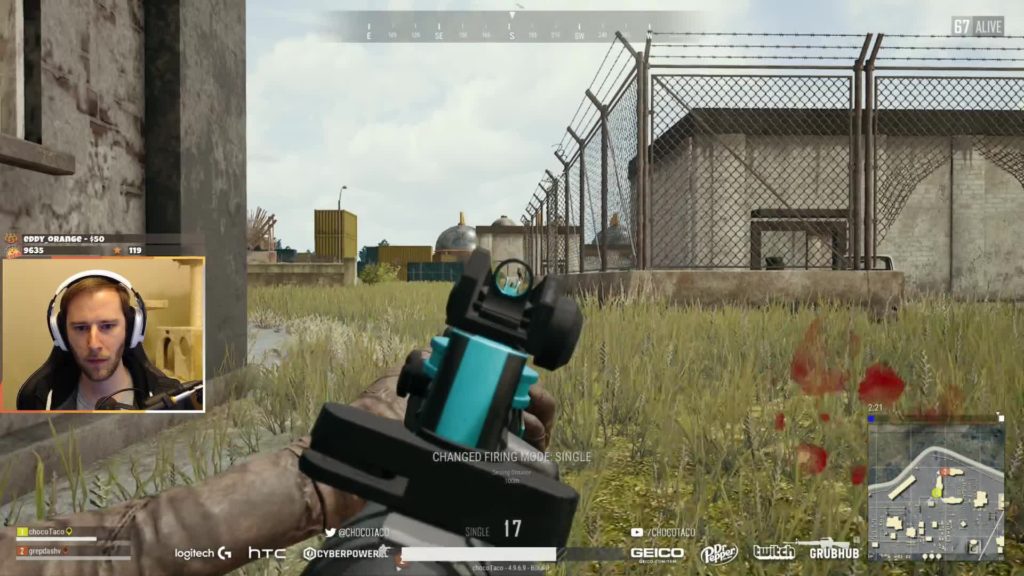 Jacob (Jake) Throop, aka, ChocoTaco, he is a Twitch streamer, and he streams video games on Twitch for a living. But prior to his gaming profession, he stated that he taught kids engineering using Legos.

Since an early age, he played computer games and always wanted to make something out of it. However, gaming wasn’t quite a bit of a thing in those days and he knew it wouldn’t feed his family. So, he had to compromise his dream to make money through something he wasn’t passionate about. Know more about him in details down below.

ChocoTaco’s Bio (Who is Jacob Throop?)

Jacob was born on September 22nd, 1988, in New England, United States of America, but he currently resides in Chicago. He had a pretty supportive family and they helped him with everything he has today. But before he started full time-streaming, he was an area manager at a company that taught engineering to small children using Legos.

He stated that his job was really challenging and he had to make all the decisions for the company. Furthermore, he said he worked more than eight hours a day. One of the great things about him was he also taught kids at the company.

Before he decided to get himself engaged as a full-time streamer, his schedule was pretty tight. he barely had time for himself at that point. From 2017, he started streaming, in the meantime working for that company as well.

Choco once told in an interview, he worked 8-9 hours a day, made videos for ‘LevelCapGaming‘, streamed for six-seven hours, and then went to sleep. So, he didn’t rise just like that and had to struggle a lot to reach where he stands today.

From the very beginning, Choco was a care-free person and he didn’t stress a lot over his future. Although he didn’t know what kind of person he’d turn into, he never worried much. He always thought it’d be fine and what not.

Though he never mentioned his childhood a lot, he did say that he was and still a pretty laid-back person. He stated in one of his streams that he always knew that he’d do something that he loves rather than do other kinds of things or worry about his jobs.

As a kid, he played games on the Sega Genesis and N64, and he always managed to beat the heck out of all the games he tried. Also, Choco once said that when he completed all those games, it would list the game testers at the end credit.

And he said that he had, at all times, wished to be those guys from the very early stage of his life. Though he knew they wouldn’t get paid much, he still wanted it as his career.

On November 9th, 2017, ChocoTaco publicly announced that he’d quit his job and become a full-time streamer by the end of 2017. So, that’s what he did. He invested his time playing video games and didn’t care much about money or anything.

At present, he mostly streams a game called ‘Player Unknown’s Battlegrounds’ (PUBG) and probably goes live for around 10-11 hours per day. He has competed in PUBG ‘Twitch Rivals’ too alongside ‘Shroud‘, ‘Just9’ and ‘Chad’. And out of 10 war games, they had managed to win 9 of it.

Additionally, they have competed in ‘Doritos Bowl Call of Duty: Black Out’ tournament too (Twitch Rivals), where they finished first winning a hell amount of money. The games that he has streamed are ‘Counter-Strike 1.6’, ‘DOTA’ ‘DOTA 2’, ‘Counter-Strike Source’, ‘Call of Duty’, ‘Battle Field V: Firestorm’, ‘Apex Legends’, ‘Rings of Elysium’, and more.

Nonetheless, Choco has had the rank 1 kill rating for PUBG. And with DOTA, he was ranked in the top 30 in America at one point. Also, he has his own gun skins in PUBG recently. So, regarding his career, he surely succeeded, but he had to grind a lot to reach where he is today.

Also, just so you know, he started streaming video games at his late 20s, so he has proved to the world that it’s never too late to start something that you really want to do.

People believe his estimated net worth is between $2 million to $3 million. He has around 714,496 followers and around 20,000 subscribers on Twitch. As for his YouTube channel (ChocoTaco), he has almost 676,289 subscribers.

Most of his income generates from his Twitch donations and subscriptions, YouTube channel, sponsors, merchandise, and more. When his Twitch channel is subscribed, he gets 50% of the total price. For instance, we’d need to pay him $4.99 for tier 1 subscription, and out of it, he’d get $2.50. So, goes for Tier 2 and Tier 3.

From his YouTube channel, he earns around $10k – $150k in a year calculating all the views and subscribers. However, this is an approximate amount. So, he might be earning more than that.

And speaking of his merchandise, he sells custom-made T-Shirts, various stickers, hoodies, and more. The average price of it ranges from $25 – $50. Moreover, he has been endorsed by a lot of big shot companies like ‘Tunnel Bear VPN app‘, and more. So, he is probably a rich dude by now!

Unlike other streamers, he never talked much about his personal life on streams or in any other interviews. However, he did say that he has a girlfriend and they’re living together in Chicago.

He furthermore added he had to move to Chicago from Kentucky around in 2012 because his girlfriend was studying in one of the colleges in Chicago. So, during that time, Choco wasn’t doing much, and he thought it’d be a good idea to move out of the state to somewhere new.