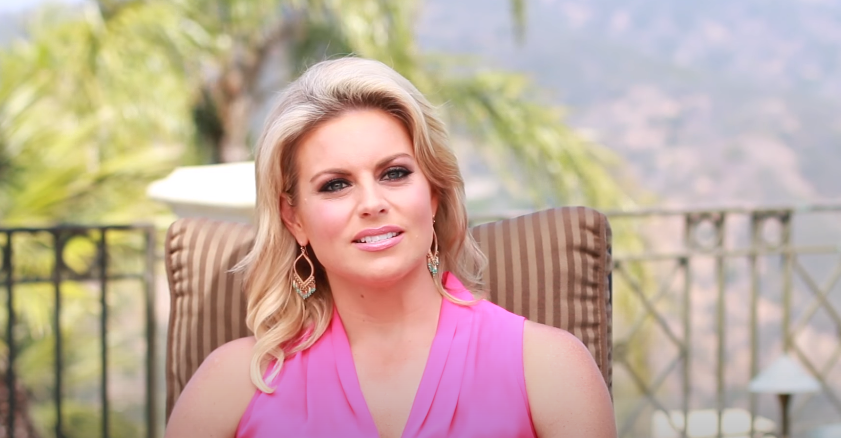 Courtney Friel is an American news anchor and reporter, currently working with the Los Angeles-based KTLA-TV. Previously, she has worked as an entertainment reporter for Fox News Channel and other local stations. Also, she appeared as a guest contributor on the Fox News late-night show ‘Red Eye with Greg Gutfeld‘.

Furthermore, The reporter says that she was called by Donald Trump in his office to kiss before he was elected as a president. At that time, they both were married, while she was with CBS’s Carter Evans and Trump with lady Melania Trump. Additionally, she discussed the incident in her book Tonight At 10: Kicking Booze and Breaking News, according to reports of Dailymail on 3 January 2020.

She also discussed that Roger Ailes, the late CEO of Fox Network also once told her ‘the hottest one’ at the network. However, she is not the only one who has accused of sexual misconduct in the workplace. There are other female reporters including Janice Dean and Julie Roginsky who have their own allegations. 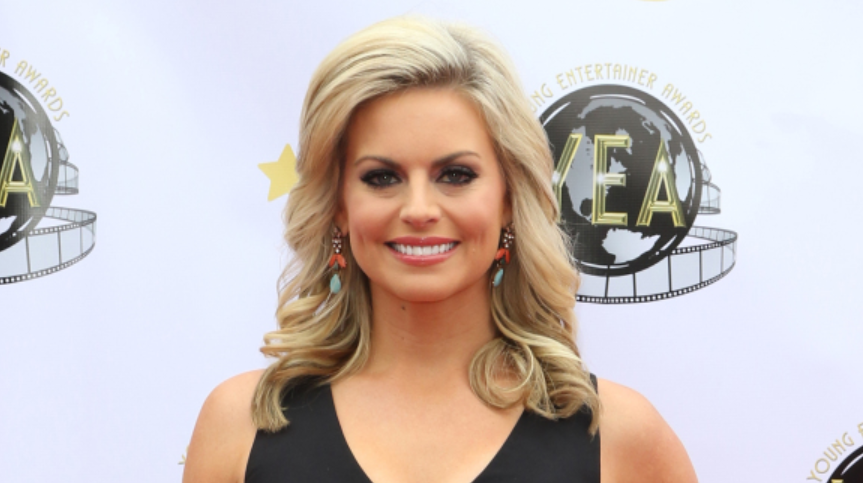 The newscaster was born on 22 April 1980 in Philadelphia, Pennsylvania, the US. She was born as the daughter of father Bernard Friel and mother Lois Friel. She has two siblings: sisters Meredith and Lindsay. Regarding her education, she attended Methacton High School in Eagleville, Pennsylvania. During her high school, she regularly made the televised morning announcements and actively participates in the school’s media production class. She later obtained her bachelor of arts degree in political science from San Diego State University.

#FrielMyVibe: I finally became one of those cheesy reporters who attempts to bake cookies 🍪 to prove how HOT it is. Spoiler alert: I failed, because I couldn’t cook them on the dashboard and also have AC at the same time. Oh well it was fun and it gave me something to talk about in my 6 live shots today! 🥴🥴🥴🥴🥴🥴 #GenASSreporting #LoveMyJob #LaboringOnLaborDay #KTLA #LAHeatwave #HotAF

Coming over to her personal life, she married twice and divorced once. In fact, she announced her engagement with her boyfriend Jim Hecht in 2019 via her social media. Jim works as a screenwriter who is behind the films ‘A Wizard’s Tale’, ‘Ice Age: The Great Egg Scapade’, and ‘Ice Age: The Meltdown’, among others. The duo step ahead and got married on 10 October 2020 in a traditional Italian wedding attended by their closed ones.

Prior to her marriage with Jim, she had her first marriage with Carter Evans who works as a correspondent for CBS. The ex-couple were together from May 2005 to 2016. The duo shares two children: son Cash Hudon (2011) and daughter Cameron Kaiulani (2012). After divorce, he married KTLA reporter Lauren Lyster in August 2018. 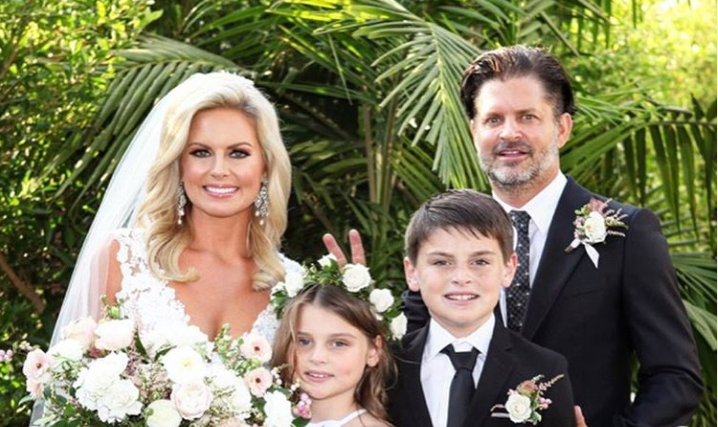 According to the Payscale, the average salary of a US news anchor or news anchor stands to around $58,500 which can vary according to employee works and popularity. Though she has not discussed her earning in the media, she might have been an amazing good income from her reporting career. Further, her net worth has an estimation of above $800 thousand.

The gorgeous reporter has a slim and attractive body that stands on a height of 5 feet 7 inches. Her body weighs around 55 Kg with body measurements are 34-24-35 inches. She has blue eyes and blonde dyed hair color with a beautiful smile on her charming face.