Deena Nicole Cortese is a reality television star and social media personality. From 2010 to 2012, she was a cast member of the MTV reality show Jersey Shore since the third season. From 2018, she has been appearing in the reality show, Jersey Shore: Family Vacation.

The show follows the plot of seven housemates incuding Pauly D and Jennifer Farley. Moreover, she has appeared as a guest in the MTV television shows like When I Was 17 (2010), Silent Library (2011), and Snooki & Jwoww (2012-14), and many other shows. Wanna know more information on the beautiful star then keep on scrolling. 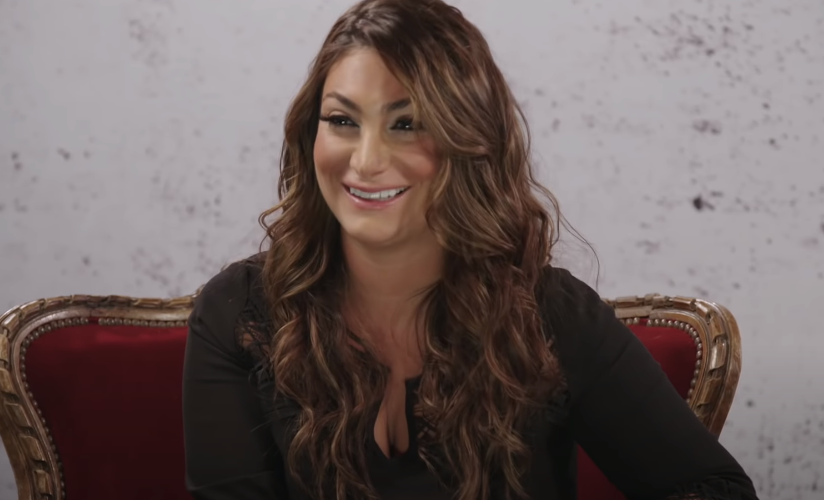 The reality television star was born on 12 January 1987 in New Egypt, New Jersey, the United States of America, under the birth sign, Capricorn. Cortese was born as the daughter of  Italian-American parents John and Joan Cortese. She has a nationality of American and belongs to the Italian-American ethnicity, following Christianity.

Further, she grew up with her sister Joanie Maiorella who also had appeared in the fifth season of Jersey Shore. Regarding her education, she graduated from New Egypt High School and attended Brookdale Community College. At the time, she was a cheerleader and a dancer.

She came into the highlight after appearing in the reality television show Jerey Shore. However, she initially auditioned for the first season as a cast member on the reality TV series Jersey Shore. But she was rejected and later Jersey Shore member Snooki suggested her as a replacement after Angelina Pivarnick left the show. she then joined the season three in 2010 till 2012.

Apart from that, she appeared on other reality shows including Couples Therapy (2014), Jersey Shore: Family Vacation (2018-till now), and Celebrity Family Feud (2020). Also, the television talk shows like Today, Nail Files, Ellen: The Ellen DeGeneres Show.

Speaking of her relationship status, she is a married woman. She has married her longtime boyfriend turned husband, Christopher “Chris” Buckner on 28 October 2017. Besides being a reality star, her husband works in publishing at Professional Sports Publications, a publisher of souvenir magazines. Furthermore, they met in a local bar and soon started dating.

Before they married, the duo had dated for four years and had exchanged numbers and added one another on Facebook. The couple welcomed their first son Christopher John Buckner on 5 January 2019. They had their second son Cameron Theo on 1 May 2021. She was previously in a relationship with the American Reality TV contestant Jeff Miranda, Chris Manzo, and Paul “Pauly D” DelVecchio. 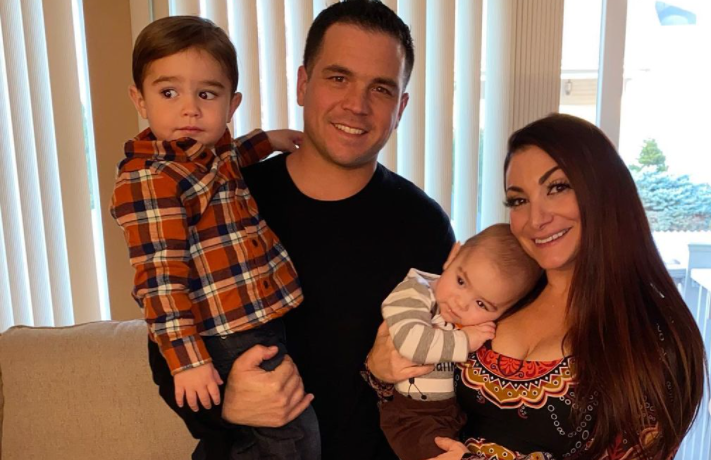 Caption: Deena and Chris with their children.
Source: Instagram

Coming over to her income, she has been making a hefty amount from appearing in different television reality shows. Moreover, she reported charging $40,000 per episode from the show. Therefore, the reality star has an estimated net worth of around $1 million. With this huge amount, she has been living a lavish and luxurious life along with her family.

The gorgeous lady has a slim and curvy body that measures 34-24-35 inches of chest-waist-hips respectively. Her body stands to a height of 5 feet 5 inches tall or 1.65 meters and weighs around 60 kg. She further has brown hair color and black eyes.