Don Imus, popularly known as Imus and nicknamed as Shock Jock, was an American radio personality, television show host, recording artist, and author. He came to prominence as a radio show announcer and gained fame for his controversial statements as well. In 1971, he had launched his radio show “Imus in the Morning” aired on various stations and digital platforms nationwide until 2018.

Moreover, the multi-talented personality had also known for his philanthropic works as well. However, he passed away after three days on 27 December 2019, he admitted in the hospital due to complications of lung disease. Let us scroll over to know more information on his personal life, career, and relationships. 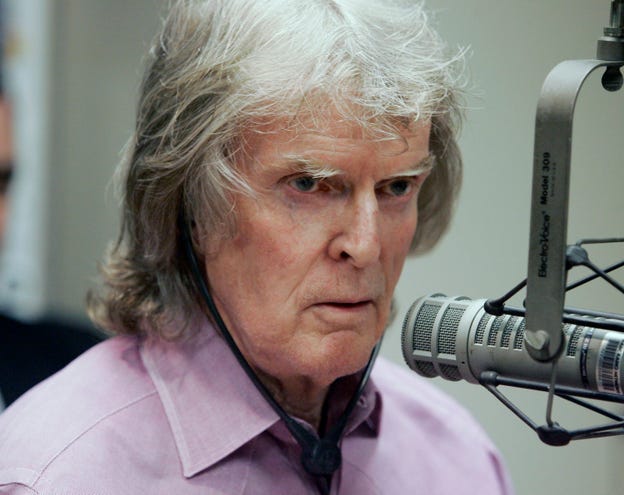 The multi-talented personality was born on 23 July 1940 in Riverside, California, the US as John Donald Imus Jr. He was born as the son into the wealthy family and his parents John Donald Imus, Sr. and Frances E. Imus who ran a 35,000-acre ranch ‘The Willows’ near Kingman, Arizona. He had a younger brother Fre Imus who found dead at his home in Tucson on 6 August 2011.

At the age of fifteen, his parents divorced and his father died after five years. In 1957, he dropped out of high school and joined the United States Marine Corps at Base Camp Pendleton. He worked as a window dresser after he left the Marines with an honorable discharge in 1960. After that, he moved to Hollywood with his younger brother in order to make his career as a musician and songwriter. But this left them to the homeless and relocated back to Arizona. Then he joined the University of the Pacific and dropped out to work at a Southern Pacific Railroad as a brakeman and also worked in a uranium mine where he suffered an accident and broke both of his legs.

After doing some odd jobs, he enrolled at the Don Martin School of Radio and Television Arts and Science in 1966. He worked as a singer-songwriter after winning a talent contest at Johnny Otis night club. In 1968, he signed as a radio DJ at KUTY in Palmdale, California, and gained success in two months. He also earned a Billboard Award for Air Personality of the Year.

A year later in 1969, he went to join KJOY and in no time he got fame for his rude comments and controversial statements. This not only made him popular but also involved in troubles which led him to fire from the station. However, KXOA hired him and his popularity increased more after he played an on-air prank of calling up a restaurant and ordering 1200 hamburgers. In 1971, he joined WNBC radio in New York City and recorded three albums: ‘1200 Hamburgers to Go’, ‘One Sacred Chicken to Go with Anthrax’, and ‘This Honky’s Nuts’.

In the same year, he began to host his show ‘Imus in the Morning’ in December. From the show, he introduced the concept of ‘Insult Humor’ to the audiences. This made him gained immense popularity among his fans. Despite his work and popularity, he became addicted to alcohol and drugs that often absent from his work. Therefore, he fired from the station in 1977, however, he was re-appointed back to the station in 1979 and resumed his morning show until the show canceled on 12 April 2007. Additionally, he had also worked at WHK and WNEW-TV.

In 1989, he was inducted into the National Radio Hall of Fame. Further, as an author, he published his first book, novel ‘Dos’s Other Son’ in July 1981 and republished in 1994. The book spent its seven weeks on The New York Times bestseller list. 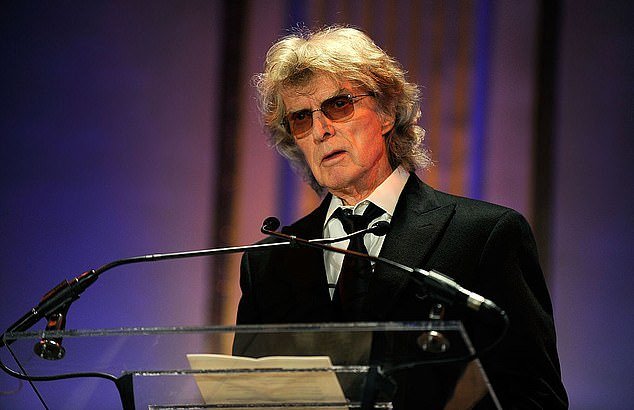 Talking about his personal life, he has married twice and divorced once. His first married to Harriet who had two daughters from her previous marriage. He had also parented two children: Ashley and Elizabeth with Harriet. But their relationship didn’t go well and ended up in a divorce in 1979.

After years, he again found love in Deirdre Coleman and married on 17 December 1994. The duo marriage life went on smoothly and was together until the death of Don. Together, they had welcomed their son Frederick Wyatt in 1998. Additionally, he has also adopted children in which he had adopted his sixth child in 2010.

Further, he had suffered from several injuries after a fall from a horse at his ranch in 2000. This led him to broadcast many episodes of his show from the hospital. The injuries resulted in him to chronic breathing problems which he talked about in his show. In 2009, it announced that he diagnosed with stage 2 prostate cancer. He didn’ underwent radiation treatments but treat the disease holistically. On 24 December 2019, he admitted to Baylor Scott & White Medical Center in College Station, Texas. But after three days on 27 December, he passed away at the age of 79 due to complications from lung disease. 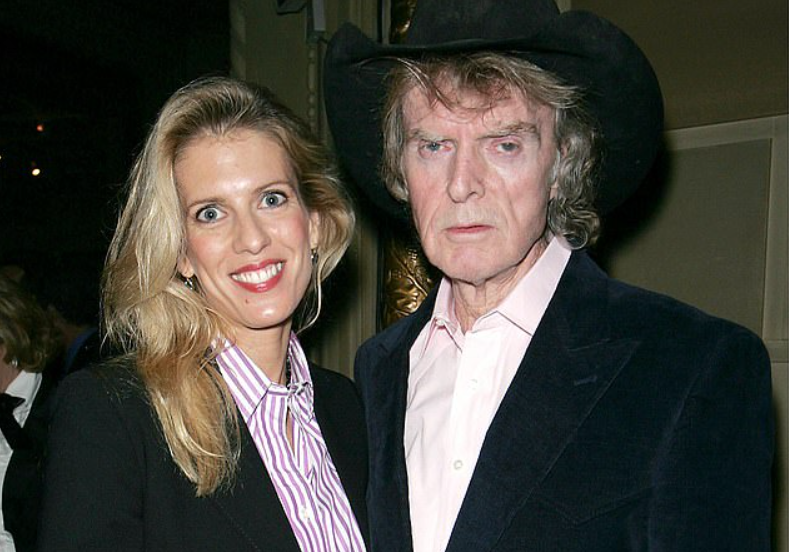 Coming over to his net worth, he had earned a hefty amount from his work involved over decades as a radio announcer. Therefore, he had a net worth estimated at around $45 million from his career. Moreover, he is also a philanthropist who founded the Imus Ranch in 1999 along with his wife. The foundation founded in purpose to provide children with cancer a chance to experience life on a functioning cattle ranch free of charge. But the ranch program was discontinued in 2014.

He along with family also involved with the Deirdre Imus Environmental Center for Pediatric Oncology at New Jersey’s Hackensack University Medical Center, Tomorrow’s Children Foundation. It is a New Jersey-based charity for children with cancer and blood disorders. Also, he worked with the CJ Foundation which is an organization that supports SIDS research and educational efforts.

iMan Imus Ranch Brenham, Texas 2019 still probably not a great idea to fuck with us. Thanks to every veteran for your service. God Bless you #bornintheusa pic.twitter.com/cl8jXs1Qfw

The late television personality had a tall height of 6 feet 2 inches with unknown weight and body measurements. He had hazel eyes color and salt-pepper hair color.