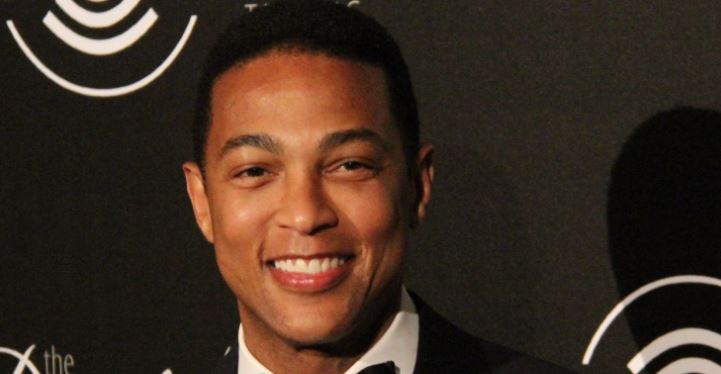 Don Lemon is an American journalist mostly known as a news anchor for CNN in New York City and also an author. He is an Emmy award winner and previously has also worked for NBC news. Don is now living in New York City while he keeps working for CNN on the show “CNN tonight”.

Don Lemon is one of the famous names in American Television world. Apart from his TV career, he has published a book named, “Transparent” in 2011. The book was a memoir along with which he officially came out as gay. Additionally, he is friend with the Tamron Hall and recently attended Point Foundation.

Don Lemon was born on March 1, 1966, in Baton Rouge, Louisiana. Lemon belongs to American nationality and Black ethnicity. He went to Baker High School in his hometown and he graduated in broadcast journalism at Brooklyn College in Brooklyn, New York. Similarly, Don also attended the Louisiana State University. He worked as a news assistant at WNYW while in college.

Christmas pageant circa 1973-74. I was a wish come true for a kid who wanted a rabbit. My grandma sewed the outfit. Btw, I still display a silver aluminum tree with a color wheel every year. #tradition #tbt

Later he began reporting for the WBRC Birmingham, Alabama. From there Lemon went on to host for WCAU and KTVI St. Louis. He got his first big break from NBC news where he started working as a correspondent for NBC Nightly News and as an anchor for MSNBC and Weekend Today.

Lemon later joined CNN in September 2006, where he usually follows an outspoken approach and putting forward some very strong opinions about the African-American communities in America which also led to some controversies.

See you tonight on @latenightseth with @sethmeyers

Apart from his television career, he has published a memoir called as, “Transparent”.

Don Lemon openly declared and came out as gay after his first memoir was published. Not only that but he also talked about the most sensitive issues of his life like sexual abuse in childhood. Don Lemon has been pretty open about his personal life so far. Currently, he is in a relationship with Tim Malone.

It is not yet clear how they exactly met but they are usually seen together in public. Moreover, the rumors appear as they are true after all as they haven’t been able to escape the cameras. The duo was holding hands in public, however, both of them haven’t presented an opinion on the matter.

Don Lemon is now among the veteran journalists of America. The American news anchor is getting better at what he does and has a total net worth estimation of $3 million. Besides the money, he accumulated he has also received awards like Emmy award and Edward. R. Murrow award for his coverage of D.C area Sniper.

He was one of the names among the 150 most influential African-Americans; a list by Ebony Magazine. Currently, he is enjoying all the success his career is offering him.