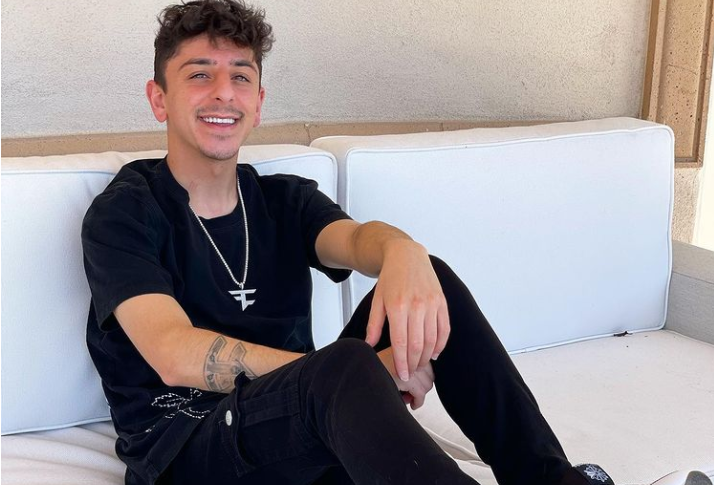 FaZe Rug, real name Brian Awadis is an Assyrian Iraqi-American YouTube personality and social media influencer. He also recognized for producing vlogs and posting videos on challenges, gaming videos, and pranks. Additionally, he joined the FaZe Clan on the invitation in January 2013. Further, he is also a co-owner of FaZe Clan.

Moreover, one of his most viewed videos, “Cocaine Prank,” has accumulated over 22 million views to date. He also emerged as an actor and appeared as a guest in season 17 in episode 7 of MTV’s Ridiculousness in 2020. He released a song called “Goin’ Live” in November 2019. Let us scroll over to know more information on his net worth and body measurements.

The internet sensation was born on 19 November 1996 as Brian Awadis in San Diego, California, the USA. He has not revealed much information on his parents but frequently he referred to them as Papa Rug and Mama Rug. Regarding his education, he attended San Diego Miramar College before dropping out during his freshman year to make his YouTube career full-time.

On 11 October 2008, he uploaded along with his older brother started a channel ‘fathersonchaldean’, and posted the first video as well. After that, he launched his own YouTube channel on 11 July 2012 where he first posted short clips of Call of Duty gameplay. In January 2013, he joined the esports team FaZe Clan after being invited by the group. His channel has garnered over 1 million subscribers and more than 10 million views. He also has a second channel known as “FaZe Rug Games” where he uploads only gaming videos.

Moving toward his personal life, FazeRug was dating his 5 years long girlfriend and fellow social media influencer, Kaelyn. The couple often makes appearances on each other’s social platforms and YouTube videos. They started to date in back 2016 and revealed their relationship in 2020 on Valentine’s Day. Following that, in April, he uploaded the video on their break up but later he revealed it as a prank.

However, recently on 16 May 2020, he posted a video on ‘We Broke Up…’ and they really broke up. In the video, he said that they had separated a month ago and just wanted to confirm that they don’t have any lingering feelings left each other before posting the video. He is probably single at the moment. Moreover, he previously had dated YouTuber Molly Eskam. 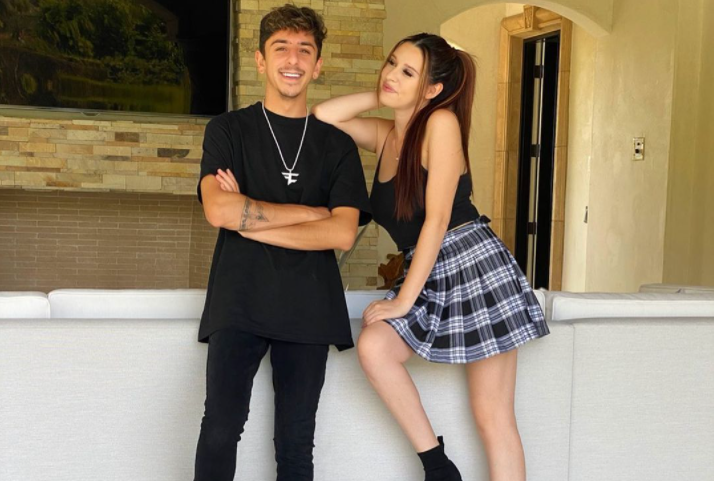 He has a very successful career as a YouTuber which has helped him to earn not only fame but money as well. Therefore, his YouTube channel tallies above 73 million views that help him to generate $18 per 1,000 ad views, which equates to $3 – $5 per 1000 video views. Moreover, he has a net worth estimated at around $1 million.

He is highly active over different social media platforms with verified accounts. On Twitter, he goes by the handle @FaZeRug with 2.5 million followers. He has an unverified Facebook account with 31k followers. On Instagram, he has an account @fazerug with 5.7 million followers.

The YouTuber has a height of 5 feet 6 inches or 1.67 meters and weighs around 61 kg. He has a slim and strong body structure with unknown body measurements. He has dark brown eyes color with black hair color. Additionally, he has a few tattoos inked his body including the Arabic word ‘سنا’  which means age on his left wrist, ‘Camera’ tattoo on his right forearm, and Symbol of FaZe Clan tattoo on his right forearm.