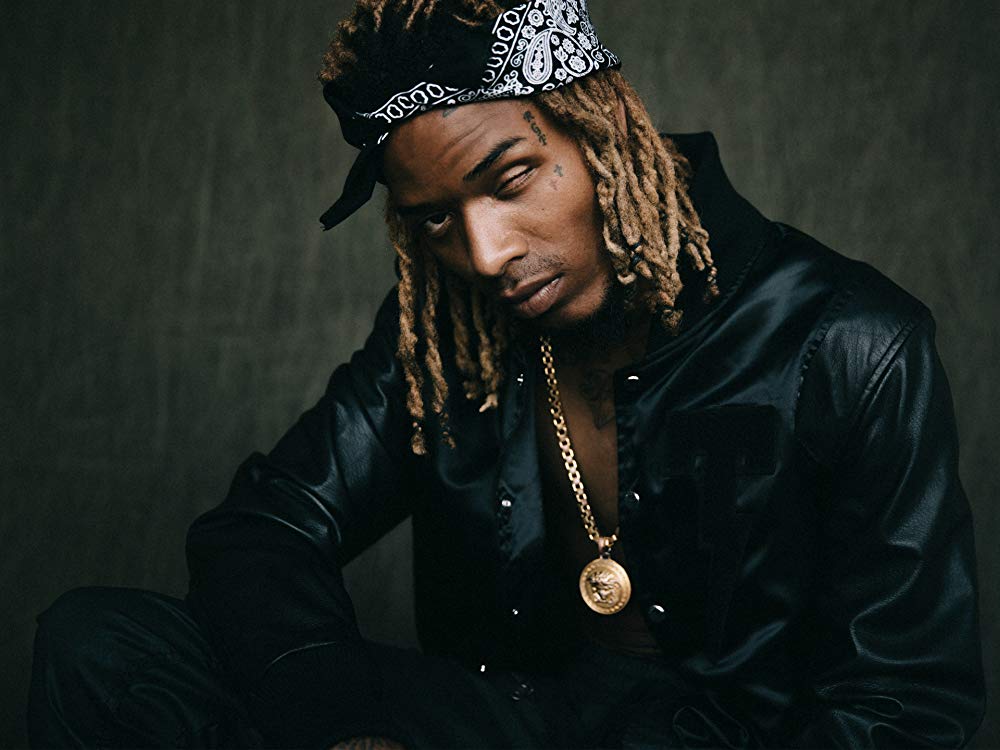 Fetty Wap is the famous American rapper who has now become a household name all across the United States. He has had a massive success with the single ‘Trap Queen’ which was played over a million times on the music platform Soundcloud. Wap has been really passionate about music from a very young age and the single Trap Queen introduced him to the whole world. It alone was able to earn him tons of nominations; the list even included the prestigious ‘Grammy’.

Like Chief Keef, Fetty Wap is still a new name in the music industry but his contribution is slowly but surely being recognized by the world. Wap recently to work for a single, joined forces with the popular band ‘Fifth Harmony’. The band has been a popular one among young people and Wap’s association with them has helped his cause. Let us now get to know more about this young musical genius.

Willie Maxwell (Wap’s original name) was born on the 7th of June in 1991. He is an American by nationality and belongs to the African-American ethnicity. Wap and his sister Divinity Maxwell were brought up in New Jersey by their parents and it is believed that he inherited his musical talents from his mother. He was raised in a family that was fond of music and it is with his family that Wap got singing lessons.

Wap was born with glaucoma in both his eyes and doctors were only able to save the right eye. Later, the doctors replaced his damaged eye with an artificial piece through, ‘Ocular Prosthesis’. Later Maxwell joined Eastside High School for his education but was soon suspended by his principal.

Wap began singing from a very tender age and according to some reliable sources, he got most of his lessons from his mother. In 2013, he finally started pursuing a career in music. Next year, he made his commercial debut with a single, ‘Trap Queen’. This took some time to come into the scene but in just a few months, it started gaining fame and became a platinum record. As of 2018, the song has 163 million plays on SoundCloud and 597 million views on YouTube. Following the success with Trap Queen, Wap made a recording deal with 300 Entertainments.

In June of 2015, Fetty Wap came up with his second single ‘679’ and it went on to have similar success. His music is infused with passion and creativity which is the perfect mixture to make a hit song. Next, Wap released his third single ‘My Way’. This song went on to secure the second position on the Billboard Hot 100. Then in 2015, Fetty released his first studio album ‘Fetty Web’. This got more positive reviews and established him as a big name in the industry of house music. Fetty Wap, however, relies a lot on autotune and he has admitted to using the technique.

As of 2018, Fetty is in a relationship with Masika Kalysha. Previously he had been dating a girl named Yaya. Yaya is into the world of fashion and owns her own clothing line. Wap has been together with Yaya for a while now but remains an unmarried man. However, this famous rapper is a father of three. He has 2 daughters- Zaviera Maxwell and Khari Barbie Maxwell, and one son- Aydin Maxwell. His first daughter was born to Zeona and second to the model Masika Kalysha. His son and the first child Aydin was born while he was with Ariel Reese.

Wap throughout the years has been together with many different women. Recently he has been with Alexis Sky, Lezhae Zeona, Yaya Robinson, and Ariel Reese.

According to Wap, his biggest accomplishment in his was buying a house for his mother. At 23, he worked hard and bought a spacious looking house for the figure who helped him reach the heights.

As of 2018, Wap is believed to have a net worth of $4 million and a lot of it is down to his album and ticket sales for concerts. He is also hugely fond of motorbikes but has been known to be reckless at times. Wap is present on Instagram and goes by the name of ‘Bruce Wayne’ with over 5.7 million followers on the platform.