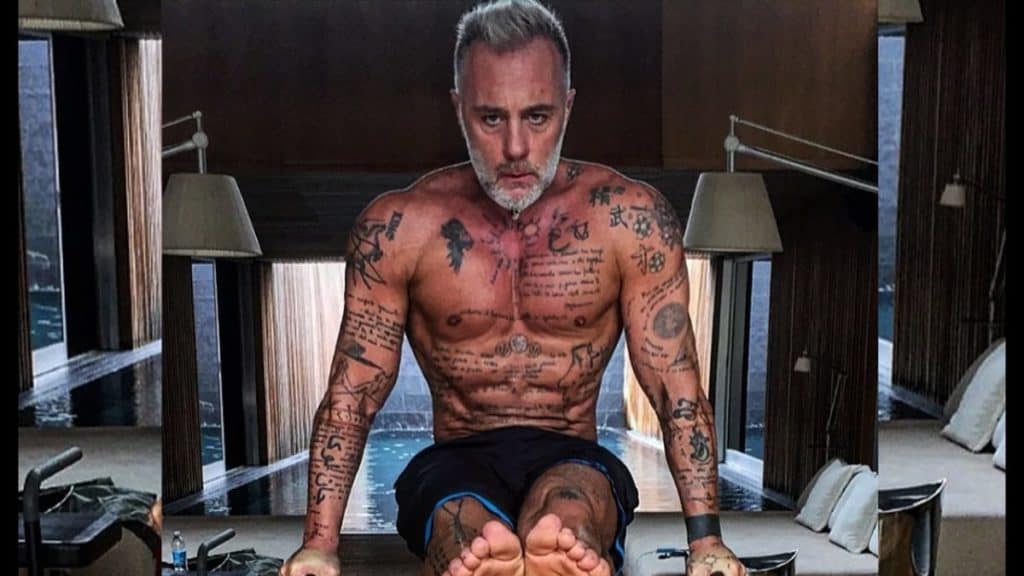 Gianluca Vacchi is an Italian businessman, financier and the President of SEA (Societa Europea Autocaravan S.p.A). Moreover, Mr. Vacchi is also the Non-Executive Director at the Industria Macchine Automatiche. Gianluca is evidently living a life full of luxury at 50 and is among the most powerful businessmen today.

Apart from his involvement in business, Gianluca is also famous for his dance moves which he frequently posts on Instagram. He also has some of the most amazing tattoos. Moreover this adventurous man displays a lack of fear. Let us now get to know more about this entrepreneur.

Gianluca Vacchi was born on the 5th of August, 1967, in Bologna, Italy. Vacchi was born to a business family as it was his father who started the Industria Macchine Automatiche S.p.A. The company designed machines that were used for processing and packaging pharmaceutical products, coffee, cosmetics, and food. Whilst he was from Italy, Vacchi had an Argentinian grandmother who taught him to play piano. Moreover, his mother was also into music and this helped him better understand the beauty in music.

Looking at his education, Vacchi went on to join the Studiorum University in Bologna. He graduated with a degree in Business and Economics and then went directly into his family business.

Gianluca joined his family business when he was 25. He then was interested in the stock market and was buying and selling different companies. Vacchi slowly but surely was making himself the coolest man in the business world. In a short span of time, he became the President at SEA and a Non-Executive Director of IMA.

Vacchi retired from his major roles when he was 45 but that was definitely not the end for this man with amazing personality. He took to social media to introduce himself to the whole world. He then posted a video of himself and his then wife, Giorgia Gabriele dancing to a Ricky Martin song which went to be a viral on the Instagram.

More often than not Gianluca is termed as Grandpa Playboy. It is so because he has been involved in a large number of relationships in his life. He has been together with many different models and big names in the industry. Vacchi was once known to have been engaged to the beautiful Melissa Satta.

However, as things did not work out, he began dating Giorgia Gabriele in 2013. Giorgia is a model and a fashion designer who works for a company called Wandering. After having been together for over 3 years, the pair eventually broke up. However, Gianluca is back on the dating field and is rumored to be in a relationship with a different woman.

Gianluca has had a life full of luxury from a very young age. He inherited his fathers business when which helped him invest in other ventures. Today, Vacchi has everything that money can buy. He owns private jets, yacht, and a huge collection of cars. As per reports Gianluca is believed to have a net worth of $450 million.

Vacchi is also pretty active on social networking platforms. He likes to post different videos of himself dancing or working out. Moreover, Gianluca is also an amazing DJ and showcases his skills on Instagram. He has over 11.5 million fans on the platform and he goes by the handle @gianlucavacchi.