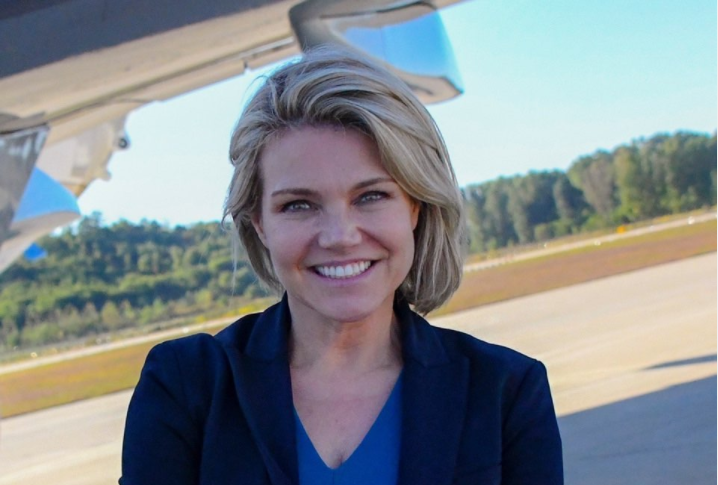 Heather Nauert is an American journalist and former government official. From April 2017 to April 2019, she had served as the State Department spokesperson for the United States Department of State during the then-President Trump administration. Also, she worked under the Secretary of State for Public Diplomacy and Public Affairs from March to October 2018.

Prior to that, she started her career as a reporter (broadcast journalist). She had worked for Fox News Channel and ABC News Network. During her time in ABC, she was nominated for an Emmy Award for her work on the special series 13 Around the World. Additionally, she has married an American investment banker and businessman, Scott Norby. Let us keep on scrolling to read more information on her. 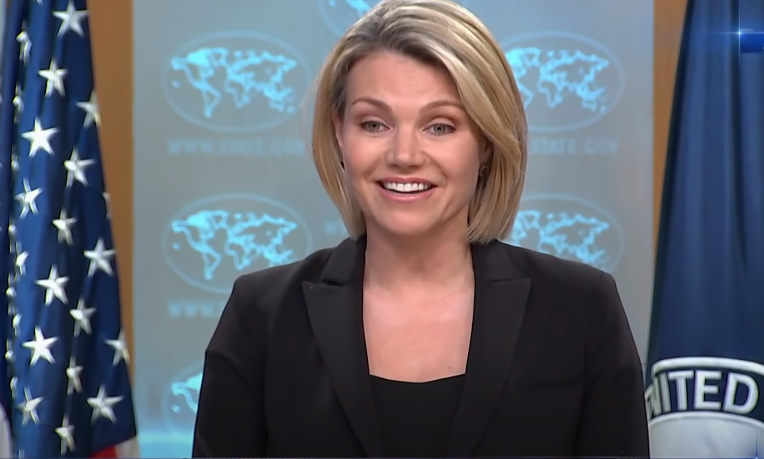 The veteran journalist was born on 27 January 1970 as Heather Ann Nauert in Rockford, Illinois, the USA. She is the daughter of father Peter Nauert who worked as an executive in the insurance industry. No information on her mother while she has three brothers: Justin, Jonathan, and Joseph. She has an American nationality and belongs to the white caucasian ethnicity.

Regarding her education, she graduated from Keith Country Day School in Rockford, Illinois as well as Pine Manor College in Chestnut Hill. Massachusetts. She then joined the Arizona State University and later MountVernon College for Women from where she received her Bachelor of Arts degree in communications. Also, she obtained her master’s degree in journalism from Columbia University.

She started her journalism career as a  reporter in 1996 for the syndicated business program First Business. Then she left to join Fox News where she worked from 1998 to 2005. After that, she worked for the news network ABC News as its general assignment correspondent from 2005 to 2007 appearing in Good Morning America and Nightline. She again rejoined Fox News as a host in the Weekday edition of The Big Story along with a co-host John Gibson.

On Fox News Network, she had worked for different shows like Good Day Early Call and Fox & Friends. In April 2017, the United States Department of State announced that she would be the new Department spokesperson which she held on 6 June 2017. She then withdrew her name from consideration as UN ambassador in 2019 after not intending to work as a State Department spokesperson.

In 2018, Trump announced that he would nominate Nauert to be United States Ambassador to the United Nations. Despite that, he never nominated her name and she later withdrew her name from the consideration in February 2019. On 29 March 2019, then-President Trump appointed her to serve as a member of the J. William Fulbright Foreign Scholarship Board.

As we have mentioned earlier, she has married the executive director Scott Norby of private credit and equity for Morgan Stanley. Further, he previously had worked with several companies including National Veterinary Associates, UBS, Goldman Sachs, and Cargill. Moreover, the duo had tied a knot in the year 2000 after dating him for a few years. The couple has welcomed two children from their marriage. She had her first son Peter Raymond Norby on 7 October 2009 and his second son Gage William Norby in the year 2010. Currently, the family lives together in New York City, New York, the USA.

Talking about her earnings, she has been making a hefty amount from her career as a broadcast journalist. Therefore, she has an estimated net worth of around $3 million.

She has a slim and curvy body type that measures 35 inches chest size, 25 inches waist size, and 35 inches hips size respectively. Her body stands to a height of 5 feet 5 inches or 1.65 inches and weighs 61 kg. She has a beautiful pair of blue eyes color and blonde hair color.