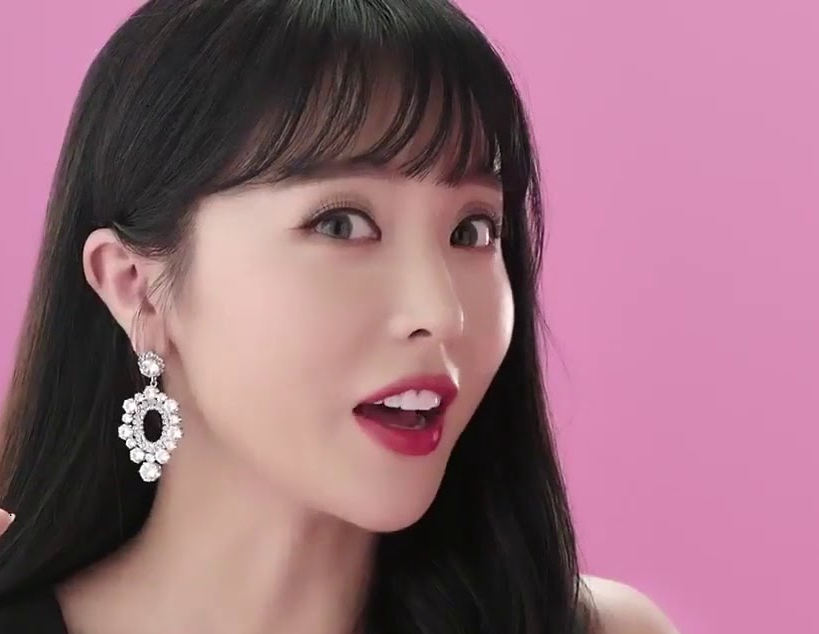 Hong Jin Young is a Korean singer and actress who stands out of the crowd as a Trot singer. She excels in this music genre associating with the older people. However, before going solo music career in 2009, she was with the shortlived Kpop girl group, ‘SWAN’.

Furthermore, she has also brought the old music genre today with the modern touch. Besides singing, she also presents herself as a successful actress. She has appeared as a host in a number of reality shows with the signature word ‘aegyo’ and also events. Further, let us scroll below to discover more on her personal life as well as professional life.

The trot singer was born on 9 August 1985, in Gwangju, South Korea to the father Hong Geum-Woo, an economics professor at Chosun University. But there is no further information on her mother. She has a beautiful older sister, Hong Sun-Young is also an actress. Both the siblings appeared on the SBS 2018 drama ‘My Ugly Duckling’.

Looking at her education, she attended the Chosun University. From there she had graduated with a doctoral degree in Business Administration. Additional, from the same university, she has also got a bachelor’s degree in Commerce and Master of Trade program.

Jin-Young began her career in the Korean entertainment industry by minor roles in the big and small screen. Her first role was a small role of ‘Baek Yang’ in the movie ‘Who Slept With her?’. Then appeared in the cameo role in 2006 historical drama ‘Yeon Gaesomun’. After that, she shifted her career into the music and debuted with the shortlived Korean girl group ‘SWAN’ in 2007. The group consists of the members like Han Ji-na, Hong Jin-Young, Heo Yoo-mi, and Kim Yeon-Ji. They first debuted with the song ‘Call Me When You Hear This Song’, featuring Coolapika.

But, the singer left the group and went to do her solo career in 2009. Therefore, her agency, CCM also suggest her to switch into a solo trot singer. However, she first resisted because of her young age, nevertheless, she later released her first digital single ‘Love Battery’. Following her second digital song ‘My Love’ in 2010 and ‘Boogie Man’ in 2013. In 2014, she parted away from her entertainment agency ‘CCM’ and in the same year, she appeared in the virtual marriage show ‘We Got Married’. She was on the show as the wife of Namkoong Min(actor, director, and Screenwriter). Also, in the same year, she released her first EP ‘Life Note’ with the song ‘Cheer Up’.

Then in 2016, her another EP ‘The Most Beautiful Moment in Life’ was released with the song ‘Thumb Up’ and ‘Love Wifi’. The trot singer has also recorded the cover of popular Chinese song ‘The Moon Represents My Heart’. In 2017, she collaborated with the comedian Kim Young-Chul and released the EDM and tort single ‘Ring Ring’. For which both the artist has won Best Trot at the 2017 ‘Melon Music Awards’.

She probably is single at the moment and said further that she doesn’t want to experience the same ever again. Further, she has not been involved in any sorts of controversy and rumors.

Coming over to her net worth, she has made a quite impressive income for her music career as well as an entertainer. Also, the entertainer made some profits from endorsements and commercials. Therefore, her net worth has an estimated over a million US dollars.

The trot singer is also active over different social media platforms through which she interacts with her fan and followers. She has verified Instagram account @sambahong with 2.2 million followers. But she has personal yet to be verified account on Twitter with 55.8k followers and over 13k followers on Facebook.

Hong has an average height of 5 feet 5 inch or 1.67 meters and weighs around 45 kg. Further, she has not revealed information on her body statistics of a stunning figure.