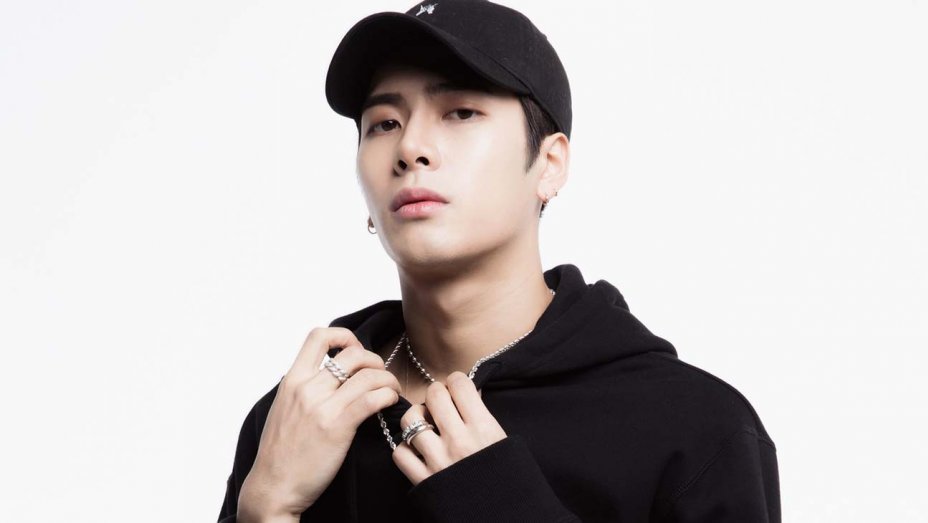 Jackson Wang, you might have guessed who is? But for them who don’t recognize him. He is one of the popular and handsome members of the K-pop band ‘Got7. Hong Kong-born musician is a rapper, dancer, and singer. He has made a breakthrough career after being spotted by the JYP Entertainment in 2011.

He joined the band that was created in 2014 along with other six members. They are Mark Tuan, JB, BamBam, Park Jin-Young, Kim Yugyeom, and Choi Young-Jae. Further, many people also recognized him as a member of the Korean reality show ‘Roommate’. Additionally, he is active as a TV host and solo artist in China. Moreover, he has collected many awards for his good deeds and hardworking.

The musician was born on 28 March 1994, in Kowloon Tong, British Hong Kong. He comes from the family background of athletes. His father Wang Ruiji is a former athlete who won gold medalist in Asian Games. His mother Sophia Chow is a former acrobatic gymnast. He grew up in She Tin District, New Territories along with his older brother whose identity is not available in the media.

At the age of ten, he started his fencing training under the guidance of his father and coaches. Additionally, he has won multiple awards as the part of Honk Kong national fencing team. Regarding his education, he attended American International School Hong Kong. In 2011, he moved to Seoul, South Korea after passing the auditions in Kowloon. There he started his K-pop training and also appeared in the reality survival program Win: Who is Next, that aired after two years in 2013.

Before he was selected as a final member of JYPE in the boy group Got7, he has trained for two and a half years. They debuted with the singles ‘Girls Girls Girls’ on 16 January 2014 followed by their first EP Got It? Then in 2016, in their first concert in Seoul, Wang sang his own composed songs ‘I Love IT’ and ‘WOLO’ along with his group members. But in 2017, he has to drop out of all group activities in Japan because of his health issues.

Besides group activities, he has also established his solo career in the variety shows and a singer as well. In 2014, he debuted his television solo career and joined the SBS variety show ‘Roommate’ in the second season as a member. For which he garnered the Newcomer Award at SBS Entertainment Awards in 2014. His other variety shows include ‘Star King’, ‘Happy Together’, ‘Radio Star’, ‘Saturday Night Live Korea’, and many others.

In 2015, he joined the SBS’ music show ‘Inkigayo’ as a new MC. In the same year, he also made his Chinese television debut in Chinese cooking show ‘Go Fridge’ along with He Jiong. He has written, composed, and arranged theme song for the show in season 1 & 2. In 2016, he appeared as an anchor for Hunan TV’s show ‘Fresh Sunday’ and appeared as a member of a variety show, Chinese version ‘Fighting Man’.

Next, he debuted his career as a solo singer in China in 2017 which was announced by JYP Entertainment. He released his first English track ‘Papillon’ which reached in #1 position on Billboard’s China V Chart. Then, he composed the theme song for the ios game ‘Novoland: The Castle in the Sky’ as well as series.

After establishing his career in China, he began to endorse different products like Beverages, Clothing, and electronics. Also, he was appointed as the ambassador of Great China in 2017 MTV Europe Music Awards. Further, he released his second solo single ‘Okay’ in 2017 along with Boytoy. In 2019, he released his first album Mirrors for which he has supervised the whole process of creating the album. Mirrors went on pre-sale and within ten days, 453 thousand copies were sold, making third best selling digital album.

Speaking of his personal life, he is neither married nor in a relationship. Previously he was in a relationship but broke up with her before signing the contract with JYP Entertainment. Further, he had revealed that he would date but only after being financially stable. However, the musician chooses to live a bachelor’s life as of now.

As per our research, his ideal lady would be anyone unless they find themselves suitable for each other. Looking more into his likes, his role model is another K-pop band “2 PM”. His favorite color is black and mostly loves to wear black dresses. In addition, his favorite artists are Dr.Dre, G-Unit, 50 Cent and Lloyd Banks.

Today the K-pop has been spreading worldwide like a storm and maybe you are also one of them. Therefore, Wang is one of the popular members of the k-pop band Got7 which has made him earn a good fortune out of his fame. Besides, he also earns some profits from his solo appearances in the television shows and variety programs. Further, his net worth has an estimation of around $2 million with likely to increase in the coming years.

The handsome guy has a tall height of 5 feet 9 inches or 1.74 meters and weighs around 63 kg. He has a well-trained and well-maintained body as he is a professional dancer and a pop star. He has a natural brown eye color and sometimes he also uses color lenses, also dyes, and styles of his hair as well.

Read about the information on other Korean singers like Hong Jin Young, Min Kyung Hoon, Vernon(SEVENTEEN)