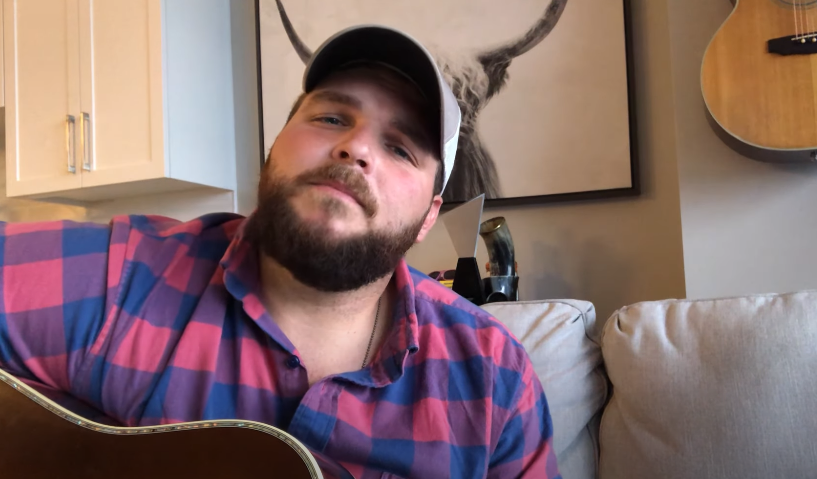 Jake Hoot is an American country singer, reality television star, composer, and famous personality. He is widely recognized as the winner of season 17 of the American talent music competition ‘The Voice’. In the finale episode, he debuted and won with his first single ‘Better Off Without You’. On 4 February 2020, the singer made his Grand Ole Opry debut.

Furthermore, in the show, he defaulted to team Kelly Clarkson as she was the only one who turned chair for him. Other judges of the show include Blake Shelton, John Legend, and Gwen Stefani. In addition, he has a YouTube channel under the name Jake Hoot Music on 3 October 2012 having 3.2k subscribers and views over 365k. Wanna Know more information on his professional life while reading his net worth and body measurements? Then stay tuned. 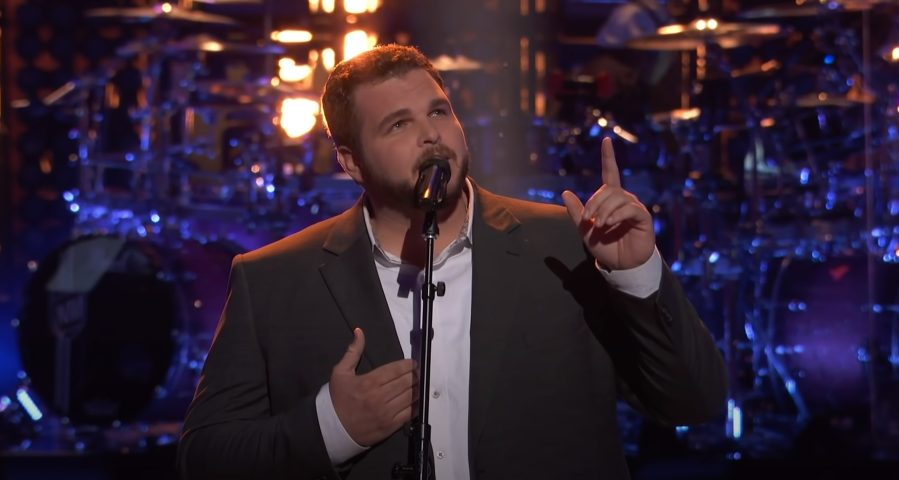 Caption: the winner of season 17 of The Voice, Jake Hoot.
Source: YouTube

The singer was born on 7 July 1988 in Cookeville, Tennessee, the United States of America. He was born as the second child to the parents Aaron and Stacey Hoot who are Christian missionaries. Hoot has nine siblings whose identities are not revealed in the media. Further, he relocated to the Dominican Republic with his family at the age of nine. During his time from 1998 to 2008, he learned the guitar and also singing as well as becoming fluent in the Spanish language. He had played in the Dominican baseball league for a year.

In 2009, he returned to the States and was homeschooled, then attended Tennessee Tech University. He had played as a back-up in Tennessee Tech’s football offensive line during his first season in 2010. After that, he graduated in 2013 with a degree in interdisciplinary studies. Later he found a job at a local media production company. And side by side, he pursued his music career with many local gigs that helped him to build popularity.

He auditioned for the 17th season of the reality television program ‘The Voice’ in 2019. After passing the audition, he sang “When It Rains It Pours” by Luke Combs in a blind audition. However, in the audition, he defaulted to Team Kelly when only she turned her chair for him. Fortunately, he made it to the finale and won the competition on 17 December 2019. Additionally, his coronation-winning song ‘Better Off Without You’ was written by Hoot himself which ultimately became his first single.

The Voice winner had previously married his first wife Jessica Lynn Steele in 2013. His ex-wife works as an Emergency Room nurse but their relationship didn’t work and finally divorced in 2017. Together they had welcomed a daughter, Macy who born in 2015. Additionally, the singer has also released some songs on YouTube to his daughter.

Though he has not revealed information on his personal life, he often shares pictures of his girlfriend and daughter on his social media accounts. Coming over to his relationship, he is currently dating his best friend turned girlfriend Brittney Nicole Hoyt. According to her Instagram, she is the founder of the foundation ‘The Radiant Initiative’ as well as a singer and podcaster. Further, he has proposed her girlfriend on 29 September 2020 and waiting for the date for their wedding. 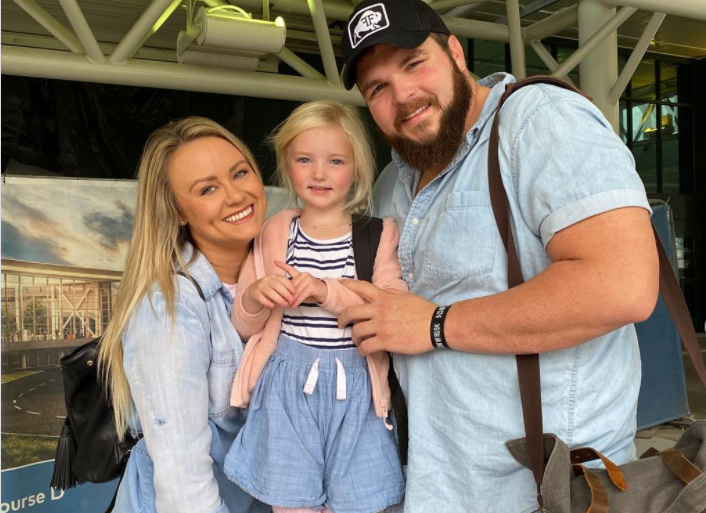 Talking about his net worth, he must be making good wealth from his fame and music career. Further, he is the sixth country singer to take home the show’s prize of $100 thousand and a recording contract as well. Therefore, he is also active on social media, especially YouTube, and might have involved in other business tenures as well. His net worth must have an estimation of above $500 million.

He has a tall height of 6 feet 5 inches or 1.95 meters with a heavy body that weighs around 95 kg. His body has measurements of 45 size inches chest,  37 size inches waist, and 17 inches biceps. He has blue eyes color with dark brown hair color.