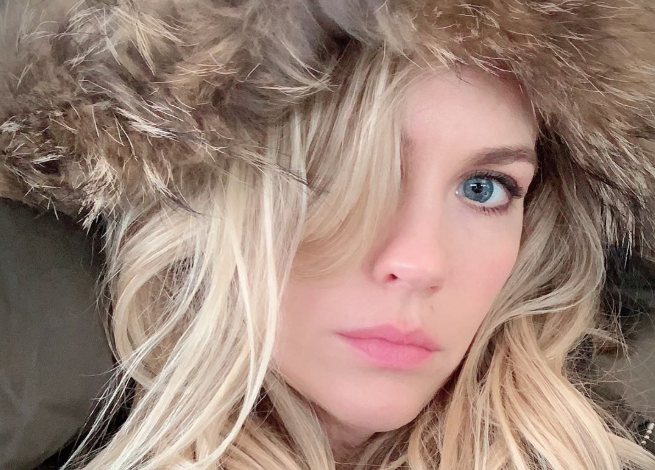 January Jones is an Emmy-nominated American actress and model. The gorgeous actress is best known for portraying the role of ‘Betty Draper’ in AMC original drama ‘Mad Men’. The series ran from 2007 to 2015, further, she received nominations for two Golden Globe Awards for Best Actress – Television Series Drama. As well as a Primetime Emmy Award for Outstanding Lead Actress in a Drama Series.

Moreover, she portrayed Melissa Chartres in Fox’s comedy television series ‘The Last Man on Earth’. She also worked in several movies including ‘American Wedding (2003)’, ‘We Are Marshall (2006)’, ‘The Boat That Rocked (2009)’, and ‘X-Men: First Class (2011)’, amongst others. Recently, she appeared on Netflix American drama web TV Series ‘Spinning Out’. 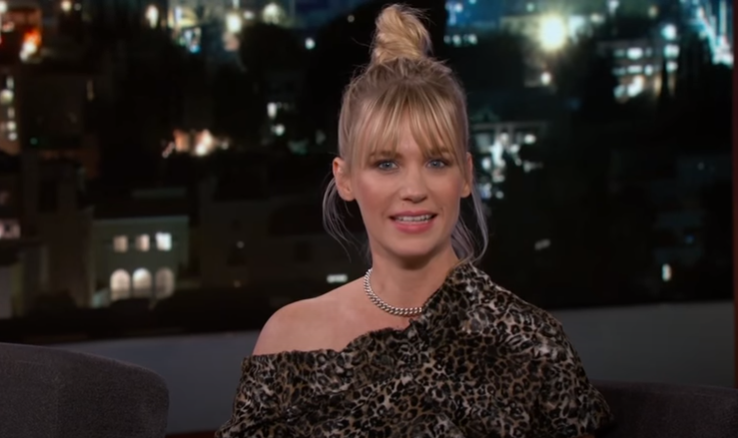 The talented actress was born on 5 January 1978, in Sioux Falls, South Dakota. Her name January Kristen Jones was named after “January Wayne”, a character in Jacqueline Susann’s potboiler novel turned film, ‘Once Is Not Enough’. She is born as the daughter of Karen Cox and Marvin Jones. Her father worked as an exercise physiologist and mother, a store manager.

It seems she is the only child of her parents since there is no information on her siblings. After a year of her birth, her parents moved briefly to Hecla, South Dakota. Then after seven years in 1986, they relocated back to Sioux Falls and settle there. Regarding her education, she completed her high school from Roosevelt High School. Other than this, there is no information on her educational qualifications. 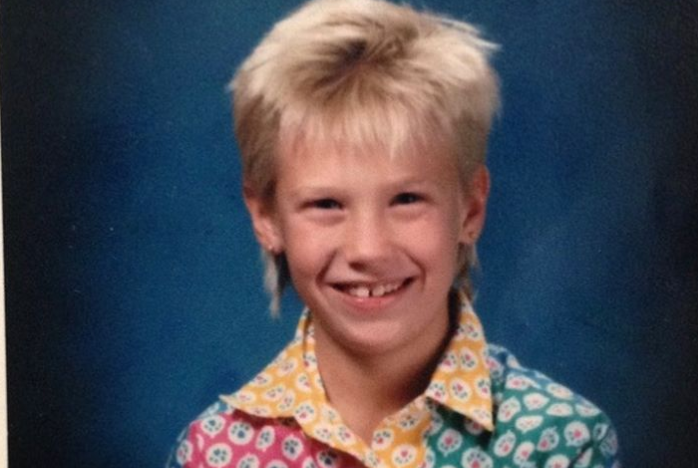 She started her modeling career when she was in high school at the age of 18. In her modeling career, she has posed for different brands like Versace, Clearasil, and Kerastase. Later, she began to appear in different magazines of countries including the United States, the United Kingdom, and German, many others. She has featured in the cover magazines like ‘Marie Claire’, ‘The Hollywood Reporter’, Glamour’, and many more.

Since 1999, she has been working on the screen: movies as well as television. She made her first appearance as Janice Taylor in the film ‘It’s the Rage’. In the same year, she appeared in the guest role in an episode of TV drama ‘Get Real’. In 2007, she joined the lead cast of the series ‘Mad Men’ that ran from 2007 to 2015. Following that, she worked in another series ‘The Last Man on Earth’, as a lead role ‘Melissa Chartres’. Her other roles include 2005 ‘Huff’, 2008 ‘Law & Order’, and 2019 ‘The Politician’, and reality fashion television program ‘Project Runway’.

She had supporting roles in films like 2003 ‘Anger Management’, ‘Love Actually’, ‘We Are Marshall’, and ‘Good Kill’. She portrayed the lead actress in the film ‘Love’s Enduring Promise’. The film based on the series of books written by Janette Oke. She has also worked in two thriller film ‘Unknown’ and ‘Seeking Justice’.

Coming over to her personal life, well, the beautiful actress has been maintaining from the media. Previously, she has dated actor Josh Groban from the year 2003 to 2006. After that, she avoided the media portals to discussed her personal or love life. Moreover, she gave birth to a son Xander Dane Jones on 13 September 2011. However, no information on Xander’s father found in the media.

Jones has never been to controversy or rumors for her work as well as personal since she avoids questions on them. The pretty lady seems very workaholic as she took maternity leave in her eight months pregnancy while filming ‘Mad Men’, and returned after two months. In addition, she is an avid animal lover who joined the marine conservation organization ‘Oceana’. It works to save endangered sharks and aware the people about it.

Child: “Mom.. I think you may be the elf on the shelf??” Me: “how DARE you, Santa will be hearing about this.”

She surely is earning a hefty amount from her career as a model and acting career. Though there is no exact information on her earning, she had made quite significant amounts through endorsing and advertisements too. Therefore, she has an estimated net worth of above $1 million from her hectic acting career. Her net worth must have an increment in the coming days as her works increases. Additionally, she likes to wear designer clothes; Milan and Dior.

She is fairly active over different social media platforms with verified accounts. On Instagram, she goes by the handle @januaryjones with 1 million followers. She has an unverified Twitter account @januaryjones1 with 10.5k followers.

The beautiful actress has a slim and lean body that her work needed as a model. Her perfect body stands to a height of 5 feet 6 inches or 1.67 meters and weighs 61 kg. There is no information on her body measurements of chest, waist, and hips. She has a blonde hair color and hazel blue eyes color.