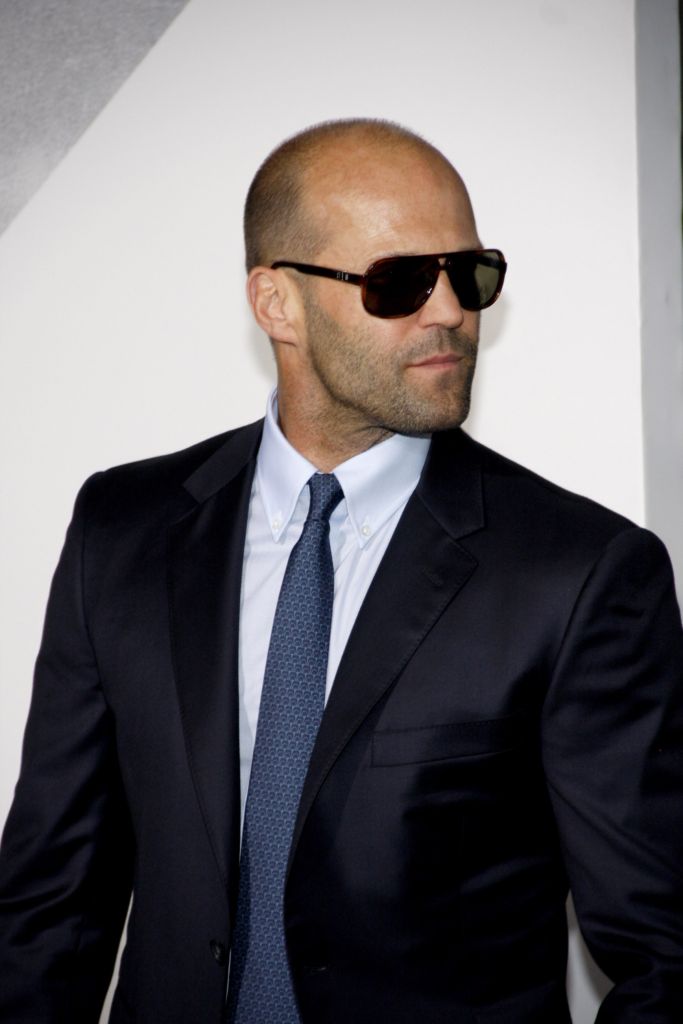 Jason Statham is an English actor and a martial artist best known for his role in action movies like The Transporter, and The Fast and The Furious, etc. Throughout the years, Statham has been able to establish himself as an action hero after having appeared alongside names like Sylvester Stallone, Dwayne Johnson, and Vin Diesel.

Before joining the entertainment industry, Jason was a member of the British National Diving Squad for almost 12 years. He, however, came under limelight when he signed with the agency Sports Promotions to model the clothing brand French Connection. Let us now get to know a bit more about this tough man, shall we?

Jason Statham was born on the 26th of July, 1967, in Shirebrook, Derbyshire, England. He is of British nationality whereas his ethnicity is English. Statham was born to mother Eileen Yates who was a dancer and father Barry Statham who was a lounge singer.

Statham had a passion for diving from a very young age. Evidently, he did not want to follow the footsteps of his father. With that in mind, he joined Britain’s National Diving Squad for 12 years. He also took part in the competition on the 10-meter platform and the 3-meter springboard. Statham was, however, only able to finish 12th in the platform diving at 1992, World Championships.

After spending a long time at Britain’s National Diving Squad, Statham signed for the Sports Promotion agency. He then began modeling for the brand French Connection. However, to make the ends meet, he had to work alongside his father, selling fake perfume and jewelry on street. Later in 1993, Statham made several appearances in music videos for the Shamen, Erasure, and The Beautiful South. Things finally began to look better for Statham when he began collaborating with Guy Ritchie. Thanks to Ritchie, Jason was able to play alongside actors like Brad Pitt, and Dennis Farina for the movie Snatch.

After his breakthrough role, Statham made few more appearances in the early 2000s. He was able to land himself roles on Ghosts of Mars, The One, Mean Machine, etc. Next, in 2010, he was cast in The Expendables where he teamed up alongside names like Sylvester Stallone, Jet Lee, etc. Moreover, Statham is also famous for his work on The Fast and The Furious series, The Mechanic, Transporter, etc.

Now looking at the personal aspects of Jason’s life, he had been in a relationship with the British model and actress Kelly Brook for almost 8 years. However, things did not seem to work out for the couple and the two had to split up. Next, Statham began dating the Australian singer/actress Sophie Monk and not so long after he was together with Alex Zosman.

MEG promotion at the Shanghai film festival with @libingbing

However, in more recent years, Jason has been together with the beautiful model Rosie Huntington Whiteley. The two first met one another in 2010 and have been together ever since. Rumors about them dating came into the surface when the two were spotted at the Coachella Valley Music and Arts Festival together.

Here is the very latest from @audisport Audi e-tron Vision Gran Turismo – System output is 600 kW (815 hp) – from 0 to 100 km/h in less than 2.5 seconds. – a power to weight ratio of 1.78 kilograms per horsepower. I’ll be stomping on the accelerator very soon! #audi #visiongt #etron #leagueofperformance #gtsport

Statham has been an active name in Hollywood for a long time now. From a humble beginning, he has been able to establish himself as one of the biggest names in the industry. Reports suggest that the British actor is living a lavish life with homes in America and England. He is also a huge fan of luxury cars and has a collection with an Audi S8, Jaguar E Type, etc. As of 2019, Jason has a net worth of $50 million, with the figures sure to rise in the years to come.

Day 1 on “Hobbs & Shaw” movie. Getting the instructions from an old pal and the Director of our film @davidmleitch. Massive respect to you Dave for the incredible vision and scope you have planned for this movie. There are big things to come! The other big thing to come will be arriving imminently, that’s if he can peel himself away from his stack of pancakes. My partner in crime on this one, the colossal and world wide loved and respected @therock Just warming things up for you brother! See you on British soil soon. #HobbsAndShaw @universalpictures

Statham is also incredibly popular on social networking platforms. He is active on Instagram where he goes by the @jasonstatham and has almost 19 million followers.