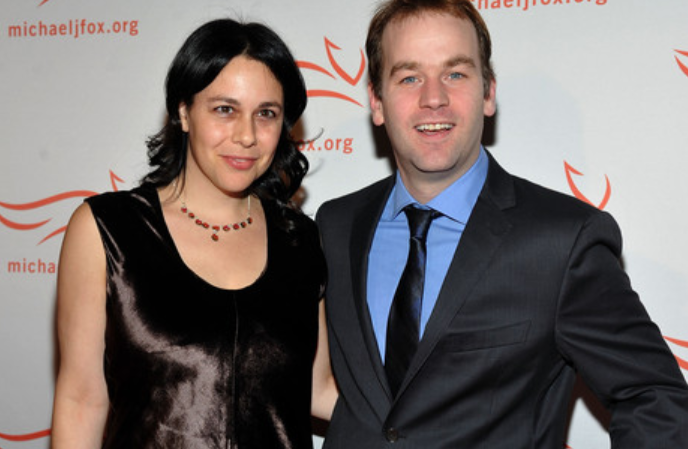 Jen Stein is an American producer and published poet. She has worked on ‘Birbiglia’s Don’t Think Twice’, ‘Sleepwalk with Me’, and ‘Mike Birbiglia: My Girlfriend’s Boyfriend’. Her work has been featured in several published companies including ‘The New Yorker’ and ‘Poetry International’. Though she had written for many magazines, she came in the limelight for her marriage with Mike Birbiglia and together from 2008.

She has also featured her poems in the book ‘Painfully True Stories From a Reluctant Dad’ of her husband that debuted in May 2020. However, very little information discussed in her, let us scroll over to know to find out more information that we have gathered. 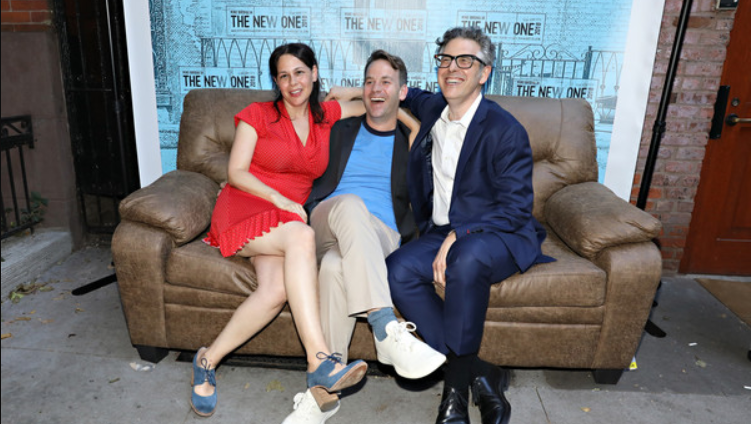 Mike’s wife was born during the year 1980 in the United States of America. She was born as Jennifer Hope Stein and sometimes called by the name J. Hope Stein, Jenny Stein, and Jen Hope Stein. Her father, Alan Stein, is a psychoanalyst with a private practice based in New York. Whereas her mother worked as a music publisher, representing artists like U2, Rodgers & Hammerstein, and Leiber & Stoller.

When she was two, her parents got divorced, however, no information on their separation. Later her father remarried Gale Greenberg who is also a psychotherapist in New York. Jen further recalled that on Sundays, she would visit her father who would introduce her to various genres of music. While her mother had made her familiar to a variety of music.

Happy new year from me and clo!! (Her name is jen) Photo by @carriebyalick

The writer has two siblings: Trisha Brooke Stein and Jason stein according to sources. Her sister worked as an assistant district attorney in the Philadelphia District Attorney’s Office Family Violence and Sexual Assault Unit. Her brother works for Ernst & Young. Regarding her education, she attended the University of Michigan and worked at the CBS College Sports Network. After graduation, she pursued study MFA at New England College due to her interest in lyricism and creating poetry.

She has also worked as a consulting producer in 2016 ‘Don’t Think Twice’ and associate producer in 2012 ‘Sleepwalk With Me’. In 2013, she became a part of creative team for TV special documentary ‘Mike Birbiglia: My Girlfriend’s Boyfriend’.

She is a married woman and came to limelight for her marriage to television personality Mike Birbiglia. However, it is unclear when they started to date or first meetings. But it is reported that the duo had dated for a while before they exchanged the rings. The couple wedded in 2008, a fancy wedding held at City Hall. They later became parents to a girl named Oona Birbiglia born in 2015.

Previously, she was in a relationship with her late boyfriend who died in an accident. After that, she involved in poetry and channeled her grief through poems. However, she overcomes her boyfriend’s demise and left the poetry. And began to work in a corporate job who later met her future husband Mike Birbiglia. Mike is an American stand-up comedian, actor, director, producer, and writer. 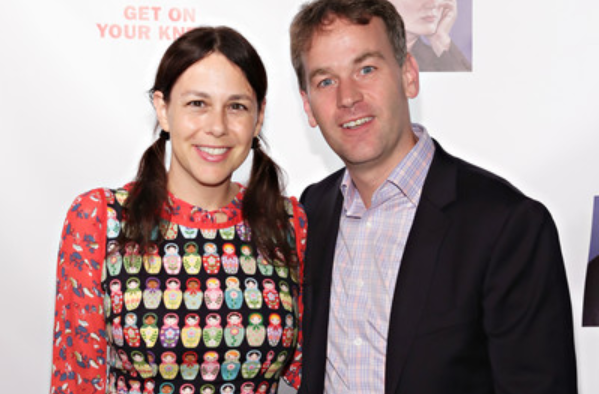 Talking about her earning, she must be making a hefty amount from her career as a producer and through her published poetry. Though there isn’t much information available on her income, she has a net worth estimated at around $1.2 million. Also, she shares a significant amount in her husband’s wealth. Her husband’s net worth has an estimation of around $4 million as of now.

The writer has a slim and fit body that stands to an average height of 5 feet 4 inches or 1.64 meters. Her body weighs around 60 kg with unknown body measurements of chest, waist, and hips. She has dark brown hair color as well as eyes color.