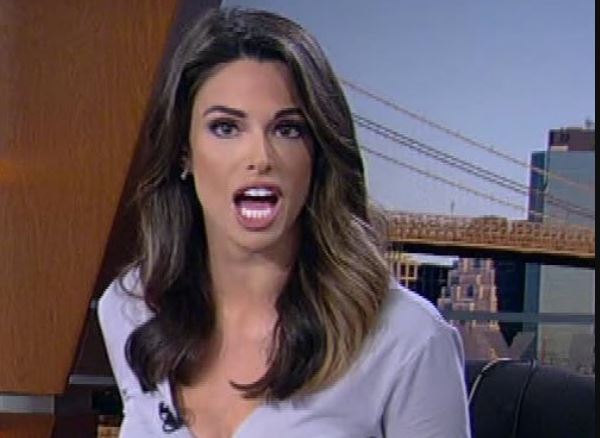 Jennifer Lahmers is an American television personality who currently works as a FOX news reporter. She has previously also worked for the  WBBJ-TV as a weekend news anchor and reporter in Jackson, Tennessee. Lahmers has also made some important contributions to the field of journalism.

Lahmers was also previously married which ended in a divorce. Let’s find out what happened and more on Jennifer’s life, career and net worth.

Jennifer Lahmers was born on  February 19, 1984, in Ohio, the United States which makes her nationality an American. She was born to William Patrick Lahmers and Cathy Lahmers Scolari. She first attended the Dover High School after which she completed her graduation from Ohio University majoring in Journalism.

Throughout my life you've given me support, encouragement, compassion, wisdom and comic relief. You truly love people, and would do anything to help a stranger in need. Thanks for being you Dad! The happiest of Father's Days to all the dads out there ❤️

After graduation, Jennifer started her career working for WBBJ-TV as a weekend news anchor and reporter in Jackson, Tennessee. During her time on the channel, Lahmers covered a lot of important issues like domestic violence. She raised awareness about domestic violence after she lost her best friend named Alice Morin to a case of domestic violence devastating her. Similarly, the journalist also made another significant effort after following a drug workforce while it broke down. Later, Lahmers also worked as a reporter and weekend anchor for Fox CT.

My girls bringing the sunshine this morning. What are your #memorialdayweekend plans? #mdw #summer #friday #TGIF #amnewsers

The talented reporter from FOX was once in a marriage. She married her former husband James Bosworth on July 2, 2011. The couple was dating one another for two years which is why they decided to marry. However, things didn’t stay the same for them as the marriage could not last longer than two years. They decided to end their two-year marriage just after their second anniversary. The reason for their divorce is not out yet.

Post the divorce the journalist was recently in the news as she was linked to Mikhail Varshavski. Mikhail is a doctor who also was known to be the ex-boyfriend of reigning Miss Universe Pia Wurtzbach. The two reportedly celebrated Christmas as well as New Years together. To confirm things, Mikhail also posted a photo together on his social media site. But the rumors were finally confirmed after they officially posted about each other on their social media sites.

Jennifer Lahmers undoubtedly earns good money as a salary from her work in the FOX news.  The exact amount of her salary and income is not clarified yet which is why her net worth estimation is also a mystery. So far, there have been no sources to confirm how much she actually owns.