Jesse Watters is an American conservative and political commentator for the Fox News Channel. He has made frequent appearances on the political talk show “The O’Reilly Factor” and is popular for his ‘man-on-the-street’ interviews, featured in his segment of the show, “Watters’ World”. He gained a lot of popularity for the show and later also started a roundtable series called The Five which came out in April 2017.

Watters was also dragged into some controversies following his comments on the show Watter’s World. He gave some comments on Asian Americans for which he was heavily criticized. Like Watters, Lea Gabrielle is also one of the correspondents of Fox News.

Jesse Watters was born on 9 July 1978 in Philadelphia, Pennsylvania which means his nationality is American. He was born and raised in the same city. Watters first joined William Penn Charter School and later completed his graduation from Trinity College in Hartford, Connecticut. He graduated majoring in History. He currently lives in Long Island, New York.

Following his graduation, he began his career as a production assistant in Fox News channel. Later in 2003, he went on to work as a production staff of “The O’Reilly Factor”. Finally, his career took off when he appeared on air in some of the parts of the show. On June 11, 2014, Watters debuted on the Fox News show, Outnumbered. Finally, on November 20, 2015, Watters debuted his own monthly Fox News program, “Watters’ World” which still runs on the channel.

Jesse Watters is married to his wife Noelle Inguagiato Watters. They dated for a long time before finally tying the knot in 2009. Noelle Watters is an American host and fashion stylist. She appeared on the Fox News as a host to a fashion and style show, iMag. The show did not last for a long time however it brought her a little limelight added by the marriage to Watters. The couple also has twin daughters together who they welcomed in November 2011. Their names are Ellie and Sophie. 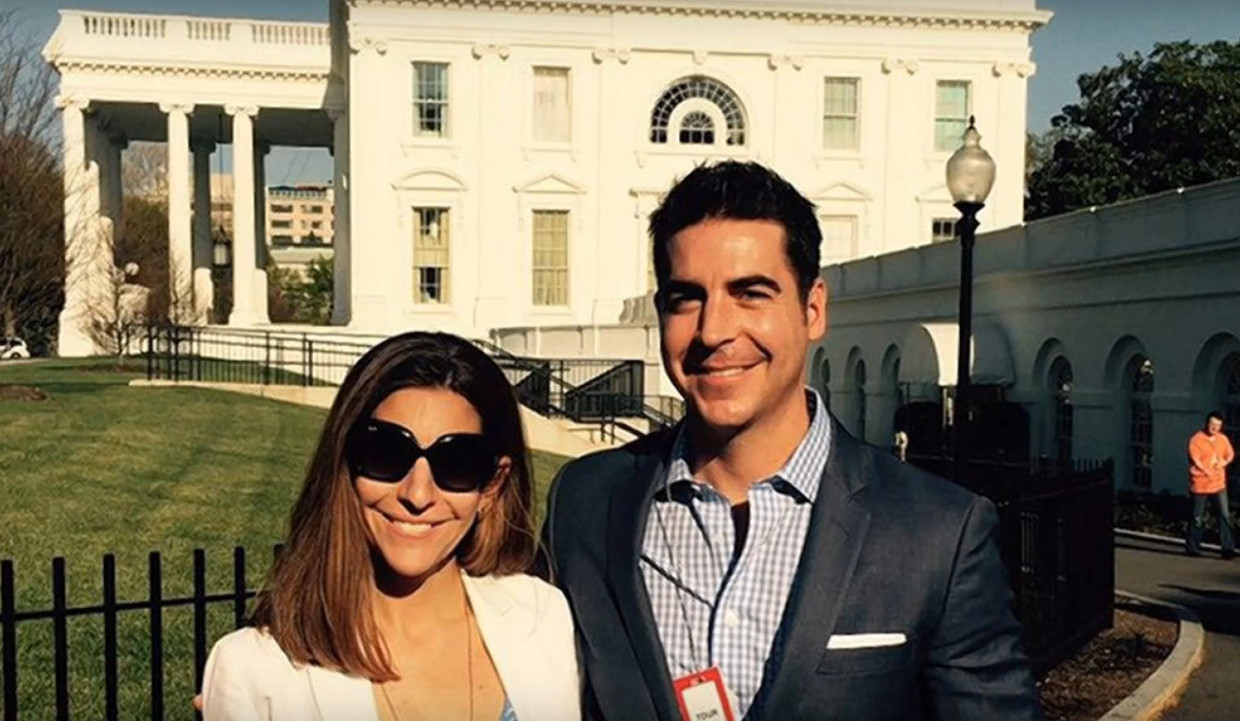 There were recent rumors and controversies stating that Noelle has filed a divorce to the journalist after learning about her husband’s affair with the 25-year-old producer named Emma DiGiovine, a 25-year-old producer working on his show. Shortly the journalist accepted the affair after his wife filed divorce papers. They had their divorce finalized in 2019 with an undisclosed settlement agreement at the last minute.

After the divorce, he announced his engagement to DiGiovine in August 2019 and later the couple married in Naples attended by Kelly Dodd, Donald Trump Jr., and Lara Trump. A year after their marriage, they announced expecting their firstborn and gave birth to a son in 2021.

Jesse Watters has a stellar career for sure. Following his success from the show Watter’s World, the journalist has been able to garner a fortune for himself. The 38-year-old journalist has a total net worth estimated to be $1 million. He also earns an annual salary of around 300,000 along with bonuses and incentives. Jesse Watters got into some controversies after his racial remarks and also comments on Ivanka Trump as well however that did not affect his credibility.

The reporter has a white complexion with a fit and muscular body that has unknown body measurements. His body has a height of 6 feet or 1.82 meters and has maintained average body weight. He has a dashing look with brown eyes color as well as the same hair color.