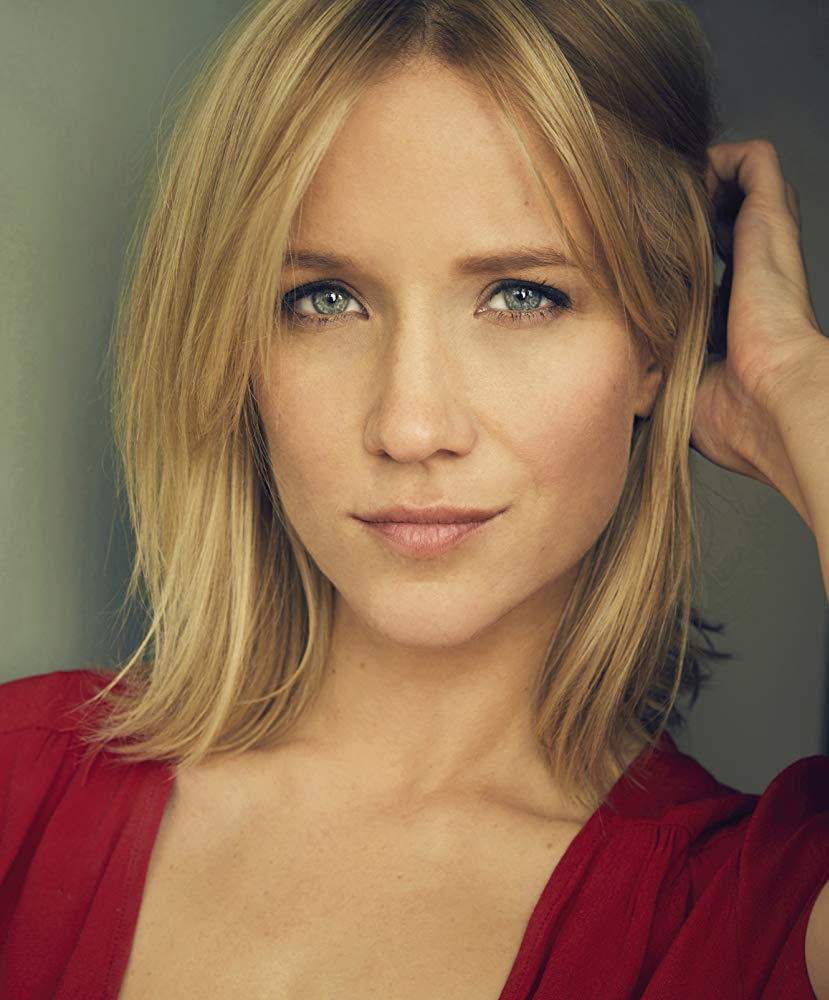 Jessy Schram is an American actress and model. She has been noticed through her various roles in different television series. It includes ‘Hannah Griffith’ from ‘Veronica Mars’, ‘Rachel Seybolt’ from ‘Life’, and ‘Karen Nadler’ from ‘Falling Skies’.

Moreover, she entered into the acting industry as a child model and later join the big projects. She has also worked in theatres and work very hard to get this position as of today. Now, people not only recognize her as a movie star but has become a household name. Let us scroll to know more about the beautiful and hardworking actress.

Read about personal life, Affair, and relationships of Kylie Jenner.

The actress was born on 16 January 1986, in Skokie, Illinois, the US as Jessica Mayfair Schram. She was born to parents John Schram and Kristie Schram. She has two siblings; Jonathan Schram and Nicole Schram. There is no further information on her parents and siblings. She grew up with her siblings in Buffalo Grove, Illinois.

She has attended Buffalo Grove High School and graduated in 2004. After then she moved to Los Angeles to make her acting career. In addition, she began her career in modeling and TV commercials at a young age. Then she started to perform at the age of 12 in musical theatres.

As a kid, she has appeared in television commercials for Retin-A and KFC. She made her first screen appearance in 2004 as Larissa in an episode of Nickelodeon’s ‘Drake & Josh’. Following that, she appeared on Hallmark Channel’s ‘Jane Doe’ and four episodes of ‘Veronica Mars’ as ‘Hannah Griffith’. She has appeared in a guest role and recurring role in several dramas including ‘Boston Legal’, ‘CSI: Miami’, ‘Saving Grace’, ‘The Mentalist’, ‘Once Upon a Time’, and many more.

In 2011, she was noticed for appearing as the main cast ‘Karen Nadler’ in television series ‘Falling Skies’. After that, she again appeared in the lead role ‘Christine Kendal’ in the series ‘Last Resort’. There are not many credited films in her hand but she has appeared in hit movies like ‘Unstoppable’ and ‘The Submarine Kid’.

#TB to that time we were all really super cool 😎 a BTS shot of a little pilot called Betwixt. Not pictured from the leather/denim jacket club: my “twin” Austin Butler, Josh Bowman, Brandon Mclearlan and Miss Tessa Thomson ⚡️

Jessy is one of those celebrities who do like to make themselves headlines regarding their personal life and relationship as well. However, after gaining fame and wealth, no celebrities can escape from these subjects. Likewise, Many people including her fans are eagerly waiting to know her love life and private life. But the actress has tightened her lips in these matters. Although she keeps on posting the pictures of her free lifestyle, there are no further pictures that can give hint about her love life.

She probably seems to be single at the moment. Schram must be waiting for the right time to hook up with a right guy for her. Further, according to per reports, Schram is rumored to date a climber boyfriend, Pierce Taylor. However, it is just speculations moreover, the actress herself has not confirmed about it.

The 33 years old actress has her career in the entertainment industry at the age of 12. Then after, she has shown her stunning performance in several TV films, dramas, and movies as well. Therefore, she has appeared in many dramas in the guest role and recurring role too. So, she surely earning a good amount from her career and also added some good profits in the future. As of now, her net worth has an estimation of around $3 million.

The actress has a well-maintained body having measurements of 34-24-34. Her perfect and well-shaped body stands to a height of 5 feet 7 inches or 1.70 meters and weighs 55 Kg. Schram has attractive blue eye color with blonde hair color.