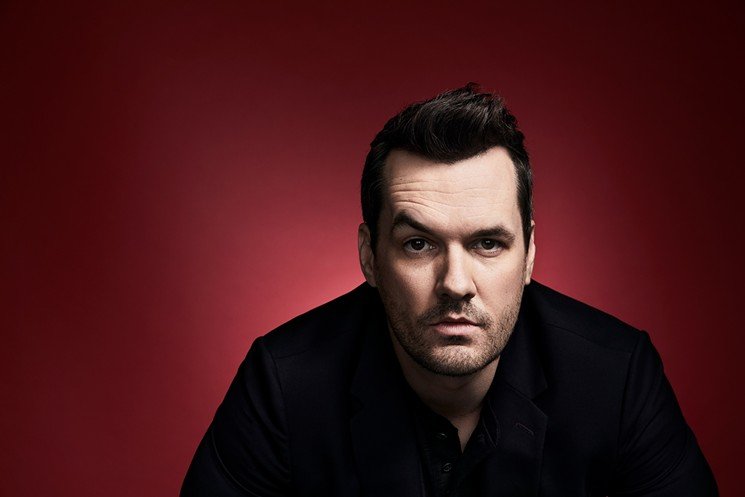 Jim Jefferies is an Australian-American Stand-up comedian and actor. Notably, he had worked on his own Comedy Central’s late-night comedy show ‘The Jim Jefferies Show’. He also has created and starred in the American FX sitcom Legit along with Peter O’Fallon.

Moreover, he gained international attention in 2007, when he suffered an attack on stage while performing at the Manchester Comedy Store. On Comedy Central, he has performed at ‘The World Stands Up’, ‘Comedy Blue’, and ‘Edinburgh and Beyond’. As an actor, he has appeared in a guest role in a few series including ‘The Librarians’ where the actress Lindy Booth starred.

Jefferies was born on 14 February 1977, in Sydney, New South Wales, Australia as Geoff James Nugent. He was born to the middle-class family where his father was a cabinet maker and maintenance. His mother worked as a substitute teacher. He has an ethnicity of Irish descent.

Looking at his education, he pursued musical theatre and classical music at the Western Australian Academy of Performing Arts. He began his early career as a stand-up comedian after moving to Perth. However, he left the academy without completing his degree. Then before moving to the UK, he briefly stayed to Sydney.

Me and my bros

Jim began his career several months before completing his degree. Before moving to Los Angeles, he already had a name in the stand-up comedy in Australia. Initially, he took his stage name as ‘Jim Jeffries’, however, decide to change ‘Jim Jefferies’ to avoid the confusion because the fellow American performer bears the same name. He gained recognition in the US after debuting in HBO special ‘I Swear to God’.

Jim has co-hosted the podcast show ‘Jim and Eddie Talkin’ Shit’ from 2010-2012 along with comedian Eddie Ifft. In 2013, he created and starred in a comedy show ‘Legit’ that premiered on 17 January 2013 on FX. However, the series was canceled after its two seasons. The series became more popular among the disabled community as the show was centered around the physical and mental disabilities.

On tonight’s show I become a US citizen. https://www.hollywoodreporter.com/amp/live-feed/jim-jefferies-became-a-us-citizen-his-season-2-finale-1162855?__twitter_impression=true

During 2014, he starred in a low-budget Australian movie ‘Me & My Mates vs the Zombie Apocalypse’. The movie premiered in Australia in July 2015 and released in UK and US in 2016. In 2017, he has appeared on the Comedy Central’s ‘The Jim Jefferies Show’, initially announced to premiered with ten episodes. Later the season was extended with 10 more episodes. Following the next year in 2018, the show returned with 20 episodes.

He has performed in several festivals including ‘Edinburgh Festival Fringe’, ‘Just For Laughs Festival’, and ‘The Glastonbury Festival’. Since 2016, he has been performing ‘The Unusual Punishment Tour’ with new material. He has appeared on the comedy panel shows like ‘Never Mind the Buzzcocks’, ‘8 Out of 10 Cats’, and ‘Have I Got News for You’.

There is not much to say about the comedian in his personal life. As he has not shared much information as he comes from a humble background. However, the guy has not been married yet but also not in a relationship. However, he was in a long-term relationship with a Canadian actress Kate Luyben. Their relationship was so serious since they had a love child named Hanks in 2012. Later they broke up and parted to their ways.

Moreover, The stand-up comedian describes himself as an atheist. Therefore, he has revealed that he does not believe that God is in reality. However, it also can be seen in his gigs and comedies. Further, he is free from any kind of controversies and rumors. 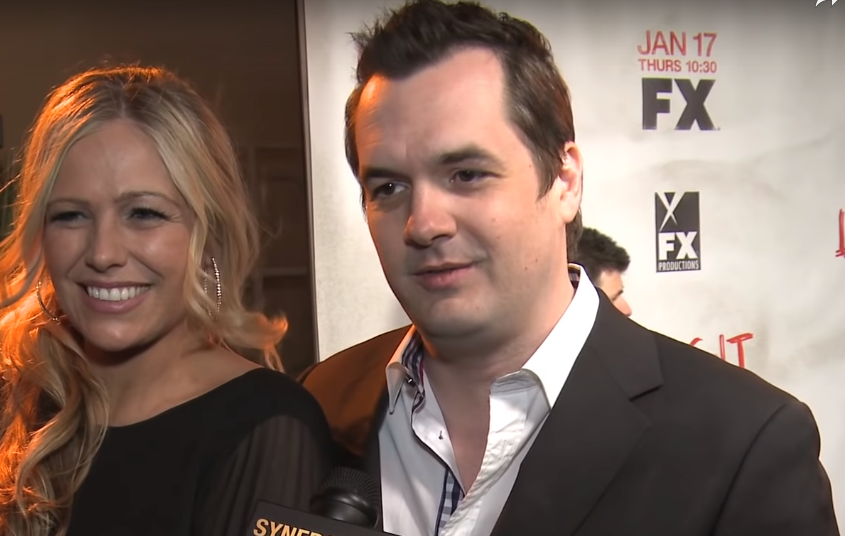 The net worth of Jim Jefferies has an estimation of around $5.5 million. He has made this income from his comedian career. However, the actor has not received any awards so far but he has been praised by the critics and fans. Besides comedian and actor, he is also a writer and political commentator. Additionally, he has also toured different countries for stand-up comedies and so on.

I’m dressed as Michael Jackson tonight on the @jefferiesshow

He has a tall height of 5 feet 10 inches or 1.778 meters and weighs 72 kg. He has not revealed information on his fit and athletic body stats. The comedian has dark brown eye color and hair color as well.