John Oliver is an English Television personality, writer, actor and a comedian. Oliver first started his career as a stand-up comedian. He is not only popular in the U.K. among the English audiences but he is also quite popular with Americans. Not only that, but Oliver is also a thrPrimetimerimetime Emmy award winner for his work as a writer in, “The Daily Show” starring Joe Stewart.

At present, he hosts the show named, “Last Week Tonight with John Oliver” that started back from 2014. The show is scheduled to air until the year 2020. Meanwhile, the show’s fifth season premiered on February 18, 2018.

Come and get it, Blockbuster.

Born on  23 April 1977, John belongs to an English nationality as his birthplace is in Erdington, West Midlands England. Both his parents were teachers, while his father was also a social worker. He has also been a Liverpool FC fan from his childhood as both his parents were originals from Liverpool, Merseyside. He studied at Christ’s College, in Cambridge.

Here's our piece on NRA TV from last night…https://t.co/ndihCo61Yk

He began his career after appearing at the Edinburgh Festival Fringe in 2001 where he played the role of an “oleaginous journalist”. During 2004-2005 he collaboratively worked with Andy Zaltzman where he co-hosted Political Animal. Later he moved to New York City to work for, “The Daily Show” as a writer while still continuing to work as a stand-up comedian first in small clubs later moving to bigger stadiums. Later in 2008, he debuted as a comedian on Comedy Central with “John Oliver: Terrifying Times”. In 2010, he hosted “John Oliver’s New York Stand-Up Show”, on Comedy Central.

His major success followed when he started hosting the late night talk show that used satire as a view towards the current affairs, political and world news. The name was, ” Last Week Tonight with John Oliver” which eventually garnered a lot of critical acclaim and recognition. The show began back in 2014 and recently released its 5th season.

John Oliver is married to his wife who is an Iraq war veteran, Kate Norley. She also served as a United States Army medic. These two met at the 2008 Republican National convention. When Oliver was busy working for the Daily Show, Kate was campaigning with vets for freedom. They dated for a while and later got married in 2011.

Speaking about their children, the two have a son together who was born prematurely in 2015. 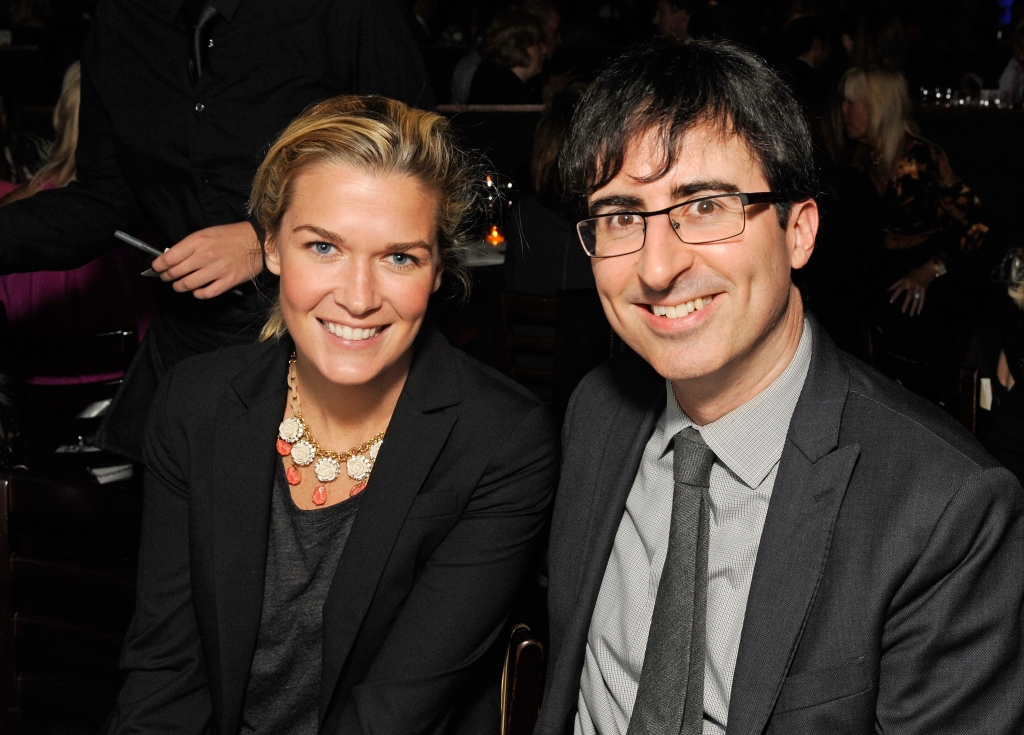 John Oliver’s career has grown over the years since he first came to the United States. While he is currently enjoying his career at its peak, his net worth is something to look for. John has a total net worth estimated at $5 million dollars from the latest track records.

Here's John with the new backyard train for Pennsylvania's WNEP news. We are still waiting for them to come and pick it up.

Apart from the money, John has also garnered a lot of fame and critical applaud fro his work. With three Emmys for his work on “The Daily Show”, Oliver has a list of nominations on his part. Among these, he has even won many of the prestigious titles and awards.