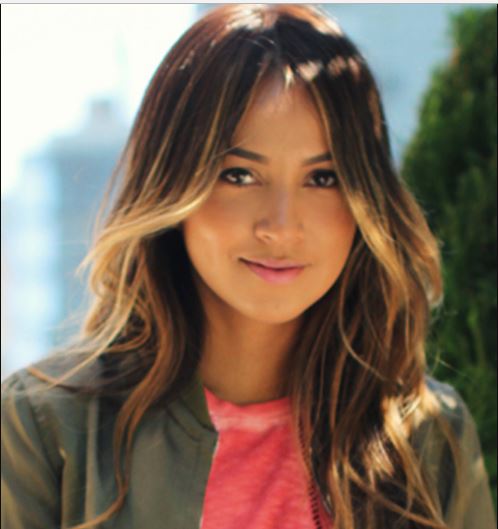 Julie Sarinana is a Mexican lifestyle and fashion blogger and also a model who is mostly known for her personal blogs. She initially started the blog, SincerelyJules as a creative outlet for herself but later it turned into a bigger fashion and lifestyle blog which also gained good popularity among the readers.

Sarinana has now shifted her pursuits towards the Instagram pages from her personal blogs. She started using Instagram as a way to promote her personal blog but now it has become a creative highly visual fashion and lifestyle page. Let’s find out how it all started for Julie and more. Also, read Vanessa Arevalo’s net worth.

Julie Sarinana was born on January 9, 1986, in Mexico which makes her nationality a Mexican. Sarinana has several sisters. She later moved to Los Angeles. There is not much information about her education and background before rising to fame from her work.

Sarinana first began her blog in the year 2009, with the motive of creating a creative outlet or herself. When first starting out she would only write about her personal fashion inspiration, style ideas, regular thoughts and so on. Later, the blog gradually started garnering more readers and attention from the public. With more posts and content on the website, Julie’s blog became one of the biggest hubs for fashion and style inspiration. Her blog became famous even on international platforms.

Sarinana made it big with her blog and eventually, she also created her own clothing line named, Sincerely Jules, the name under which her blog is registered too. Currently, she is an entrepreneur and owner of the Shop Sincerely Jules. Along with that, the blogger was also featured on Teen Vogue. At present, she continues to create good content both for her blogs and for her social media pages as well.

In a floral mood. 🌹 | shop this look: http://liketk.it/2vctN #liketkit

Julie’s fashion and style is definitely making a lot of buzz as opposed to her personal life about which there is very little information available. But we have got it covered and are here to tell you about it. Sarinana is not single at the moment she is in fact, dating her boyfriend Kevin Berru, who is a designer and photographer from Los Angeles.

Julie and Kevin are in a relationship for a while now but it is not exactly clear when or how they exactly met. However, they do not forget to display their relationship on their social media profiles. The couple also help each other’s projects.

Julie Sarinana is also one of the most influential self-made fashion blogger and internet personality. She was also on the list of Top 25 Instagram influencers by Marketing Hub. The Mexican fashion guru also received a nomination for a Shorty Award in the category of Fashion. Her net worth estimation is around $800,000 at the moment.