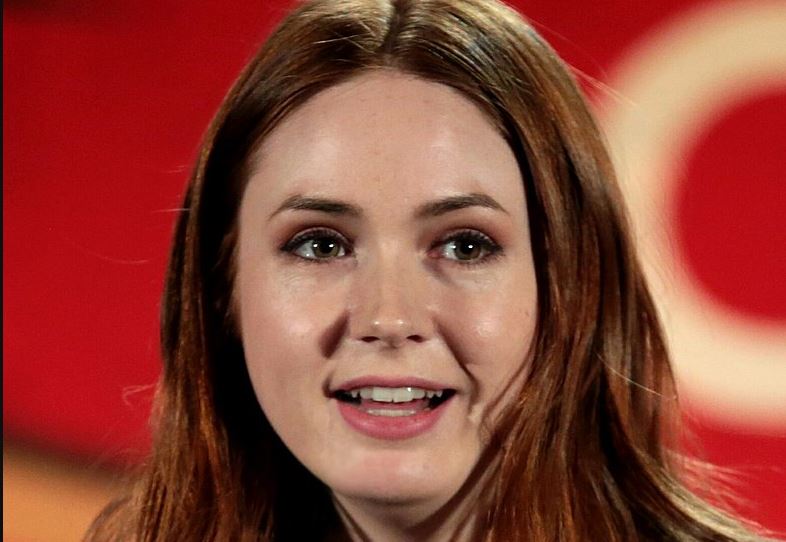 Karen Gillan is a Scottish actress, model, screenwriter, and director who is recognized for her roles in science fiction series like Doctor Who. In addition, she has been a part of many successful and popular movies as well. These movies include Guardians of the Galaxy (2014), Guardians of the Galaxy Vol. 2, and  Avengers: Infinity War.

Karen, age 30, also turned a director and a screenwriter in the year 2015, with some short movies like Coward and Conventional where she worked as a Director, screenwriter and executive producer.

Karen Gillan was born on  November 28, 1987, in Inverness, Scotland which actually makes her nationality a Scottish. She is the only daughter of her parents Marie, a singer and Raymond Gillan, a recording artist. Gillan went to Telford College where she completed her  HNC Acting and Performance course. Later she moved to London and attended  Italia Conti Academy of Theatre Arts also signing up to a modeling agency.

Initially, she started with making several guest appearances in many drama series. Her first appearance was in the TV show Rebus. Shortly after, she became the member of the ensemble cast of the sketch comedy series The Kevin Bishop Show where she played multiple roles of famous celebrities. After doing many small scenes in TV shows she finally got the role as the  Eleventh Doctor’s first companion, Amy Pond, in the famous BBC series, Doctor Who’. Gillan continued appearing in the sixth and some episodes of the seventh season of the show.

Similarly, Karen also played in several popular movies like Guardians of the Galaxy, In a Valley of Violence, and The Circle. In the year 2017, Gillan’s acting career came at its best as she continued starring in big projects like  Guardians of the Galaxy Vol. 2,  Jumanji: Welcome to the Jungle and many more. She is also set to cast as the nebula character in Avengers: Infinity War with its upcoming sequel.

Jumanji home release press day in London. And yeah. This is how I did my phone interviews. What of it. #jumanjiwelcometothejungle

The actress is less popular for her personal life as she keeps her dating life and boyfriend far away from the media world. Gillan previously was dating Patrick Green and Andrew Brooke subsequently. However, both of the dating scenes did not go too far as Gillan is currently single. So far, she hasn’t been linked to any actors or names as of now.

Karen also confesses that despite growing up in a Catholic family she is not so religious. The Doctor Who girl has also worked with a global charity for the cause named ‘Fashion Targets Breast Cancer’.

The talented actress has not only proved her acting abilities but also tried her hand in other projects like direction and screenwriting with her short movies. While her fans mostly admire her acting skills, the actress also does not fear from experimenting and trying new things. She has a net worth estimation of $2 million at present but her income and salary is still a mystery.

Premiere @tribeca for The Party's Just Beginning. So incredible to finally share the film with an American audience for the first time. In @maisonvalentino. Naturally. Thanks @karlawelchstylist! #thepartysjustbeginningmovie

Find out about another Scottish actor Jack Lowden here.