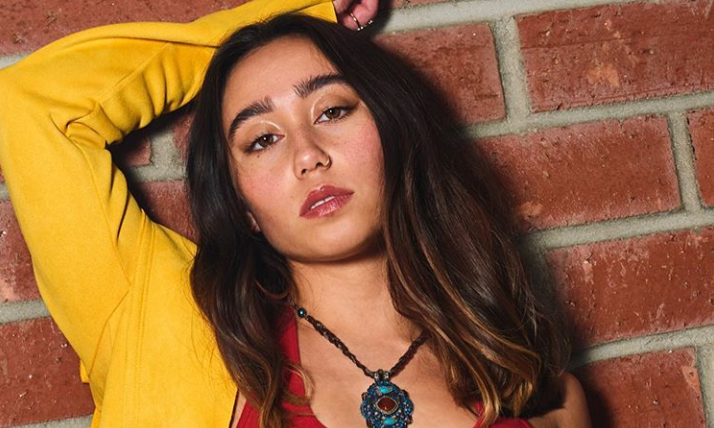 The American Artistic gymnast Katelyn Ohashi is a former Junior Olympic athlete, writer, and blogger. She is a six-time ‘All American’ and a four-time member of the ‘USA Gymnastics’ junior national team. In January 2019, she became a social media star for her perfect 10 scores at the 2019 Collegiate Challenge.

Besides gymnastics career, she is trying her hands-on writing and working on two books: a collection of her poetry and a book for teens that focuses on issues like divorce and self-esteem. Further, she has also decided to work as a content director in the world of creativity. Additionally, in 2019, she also photographed nude for the 2019 ESPN body issue including footballer Myles Garrett. 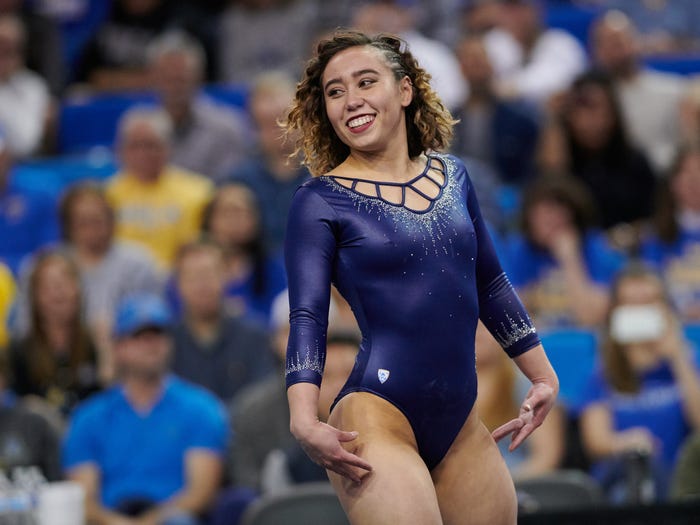 The athlete was born on 12 April 1997 as Kately Michelle Ohashi in Seattle, Washington, the US. She is the daughter of Asian–American father, Richard Ohashi, and his wife, Diana Ohashi who is a former high-school gymnast. She has three older brothers: Ryan, Kyle, and Kalen. Additionally, she has a mixed ethnicity of German, Japanese, and American.

During her childhood, she along with her mother and brother Kalen moved to Kansas City where they lived for three years. Then they moved to Plano, Texas where she attended Plano Senior High School and Spring Creek Academy graduating in 2015. After that, she joined the University of California, Los Angeles. From there she graduated with a degree in gender studies in 2019.

From the age of 3, she has started gymnastics, however, growing up, she had body-image problems. For that, she also received body-shaming insults for which she had to attend mental-health consults. However, in her junior years, she started her career training with Ai Fong at Great American Express in Blue Springs, Missouri. At the age of twelve, she debuted her gymnast on the national gymnastics at the 2009 Junior Olympic National Championship.

catch me on GMA Day today at 1 pm EST/PST on ABC! what an amazing experience with such a wonderful group of people! cannot thank you guys enough for this opportunity!

In her senior years, she won the 2013 American Cup defeating U.S. teammate Simone Biles. Unfortunately following that she had the shoulder surgery that prevents her compete for the year. Until 2015, she didn’t participate and return to compete back to Level 10. That year, she participated in the 2015 Pikes Peak Cup in Colorado Springs and finished placing 17th in all-around and second in the vault event final.

The gymnast joined the UCLA Bruins gymnastic team fro the 2015-16 season. She became Pac-12 Freshman of the Week four times. She again ended up with a sternal fracture that kept her out for four weeks from the game. But she finished the regular season at no.1 on the Balance Beam and received two perfect 10s, three perfect 10s on the floor, ranking first on floor, third on beam, and named PAC 12 specialist of the year.

a little visual journey of what this past year has brought to go along with my new blog post! this is the month my routine went viral last year and i wanted to share some of journeys and lessons i learned A Year Out! link in bio!

Coming over to her personal life, the athlete has been very secretive of her love life or relationship. She has not revealed much information on her private life in the media. Therefore, the lady has been maintaining distance whenever questioned about her relationship or private life.

As stalking her social media platforms, there is no information related to her lovey-dovey moment or any cozy pictures with any guy. On the other hand, it seems that she loves to spend her leisure time traveling and discovering new places. She also prefers to hang out with her friends and spending time with her family.

She might have amassed a good sum of money from her gymnastic career. However, now she has dwelled upon the career as a writer as well as content director. Though she has not revealed exact information on her salary, she has a net worth estimated at above $500 thousand.

spent my last day in monaco roaming alone so i decided to get creative and find different ways of taking photos of myself with self-timer. had such a blast! so thankful for the opportunity to come out here and to be a part of @galaprincessegracegymnastiques 🙏🏼

The former gymnast has a flexible and strong body that stands to an average height of 4 feet 10 inches or 1.47 meters. Her body weighs around 49 kg with 34-24-35 inches of body measurements of chest, waist, and hips. She has a light brown eyes color and blonde dye hair color.