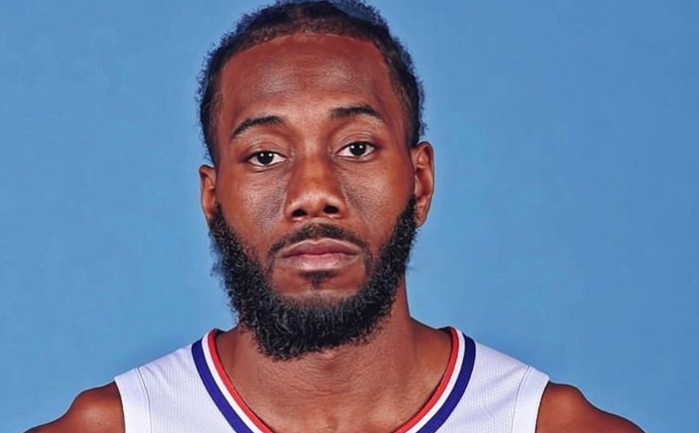 Kawhi Leonard is an American professional basketball player who started his professional career in 2011. When he selected by the Indiana Pacers with the 15th overall pick before being traded to the San Antonio Spurs on draft night. Currently, he is playing for the team Los Angeles Clippers of the National Basketball Association (NBA). Additionally, he also has nicknamed ‘Claw’ and ‘Klaw’ for his ball-hawking skills.

Furthermore, Leonard was traded to the Toronto Raptors in 2018, after seven seasons with the Spurs. In 2019, he led the Raptors to their first NBA championship in franchise history as well as he won his second Finals MVP award. Also, the basketballer has won a four-time All-Star with two All-NBA First Team selections. In his ups and downs sports career journey, his girlfriend Kishele Shipley. 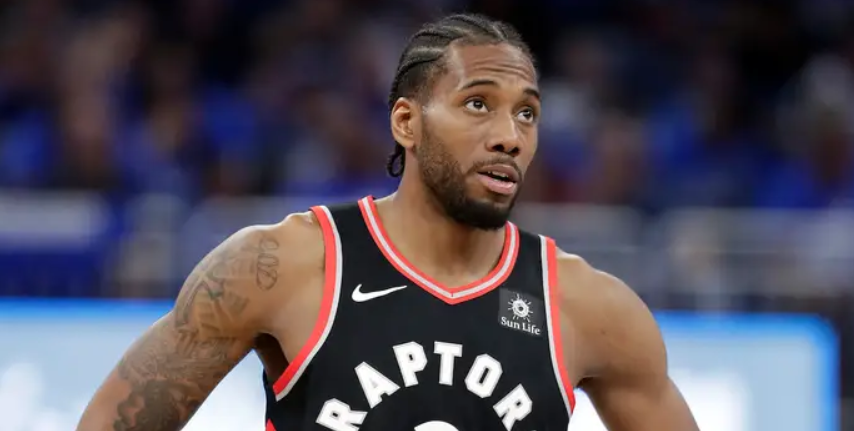 He was born as Kawhi Anthony Leonard as the youngest son of Mark Leonard and Kim Robertson. He was born on 29 June 1991 in Los Angeles, California in the USA. The athlete grew up along with his older four sisters. Unfortunately, he lost his father in a brutal incident who was shot and killed on 18 January 2008. The incident happened at the Compton car wash which he owned. However, the murderer is still not found as of now. Additionally, he is the cousin of American football wide receiver Stevie Johnson.

Further, his uncle Dennis Robertson came forward and helped his family who had made a major influence in Kawhi’s professional life as well. He attended Canyon Spring High School and later transferred to Martin Luther King High School in his junior years. He started to play basketball since high school, during that time he was an average player. In his senior years, he has named California Mr. Basketball for his averaged 22.6 points, 13.1 rebounds, 3.9 assists, and 3 blocks per game.

He joined San Diego State University in 2009 and joined the college team. In his freshman year, he led his team to win Mountain West Conference (MWC) and named MWC Freshman of the Year, First Team All-MWC, as well as the 2010 MWC Tournament MVP. After achieving averaged 15.7 points and 10.4 rebounds per contest during his sophomore season, he named to Second Team All-America.

Who has the best fit? Follow 👉 @kawhielite for more 🔥

His professional career started in 2011 when he entered the 2011 NBA draft selected with 15th overall pick by Indian Pacers. Eventually, he transferred to that night to the San Antonio Spurs in exchange for George Hill. Further, he signed a multi-year deal with the team. At the season’s end in 2012, he placed fourth in Rookie of the Year voting and also named to the 2012 NBA All-Rookie First Team. Then he re-signed the Spurs extending 2013-2014 on 26 October 2012.

In 2014, he led his team to win the Spurs to a 62–20 record against Memphis Grizzlies. Therefore, he was named to the NBA All-Defensive Second Team for the first time. During 2013-14, he became the third-youngest winner named NBA Finals MVP. But he missed his final six preseason games during 2014-15 due to right eye infection caused by conjunctivitis.

He stood runner-up in the voting for the ‘Most Valuable Player’ and end up in runner-up standing behind Stephen Curry. Further, he couldn’t play with the Spurs during game 6 of the Western Conference Finals due to ankle injury. During 2017-18, he missed the first 27 games of the season with a right quadriceps injury. Returned to the game making his season debut on 12 December 2017, against the Dallas Mavericks.

He reportedly requested a trade from the Spurs in June 2018. He did so because the tension created his camp and the Spurs stemming from a disagreement over his injury rehabilitation program. A month later, he and his teammate Danny Green were traded in exchange for DeMar DeRozan and Jakob Pöltl in Toronto Raptors. He transferred in a protected 2019 first-round draft pick. With the Raptors, he debuted the season opener on 17 October, Leonard had 24 points and 12 rebounds in a 116–104 win over the Cleveland Cavaliers.

The basketball player is in a committed relationship with his girlfriend, Kishele Shipley. Since 2014, they started dating while Leonard still lived at San Diego State University where he first met Shipley. Born on 10 April 1989, Shipley is two years older than the athlete. Moreover, she received a degree in public administration in 2011 when he selected 15th overall in the 2011 NBA Draft by the Antonio Spurs. After that, his girlfriend moved to texas with him and began their live-in-relationship.

Together, they had welcomed their firstborn child, a daughter whom they have tried to hide away from the eye of media. Further, she was born in 2016, but it is not clear exactly which month she was born. Some sources say October while his social media suggest July. Additionally, his girlfriend does not appear to have any social media accounts. 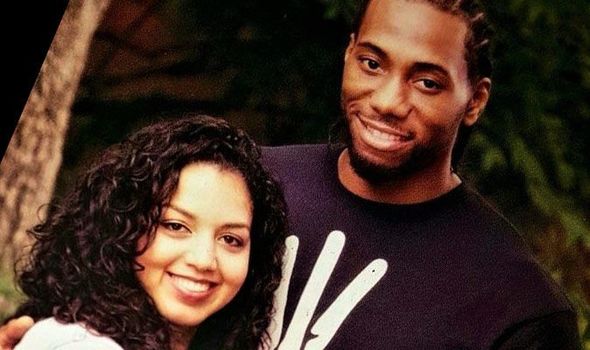 He surely earning a hefty amount from his basketball playing career who recorded as 36th best-paid player in the NBA in 2018. Following that, he also listed in the rank 17th highest paid forward with second-highest-paid Toronto Raptors baller in 2018. Further, he has signed a 3-year contract of signing amount $32.74 million with the Los Angeles Clippers from 2019-2022. Therefore, he has a net worth estimated at around $28 million from his career. And it seems that his paycheck will get fatter until he stays in the game consistently.

The player seems to be maintaining distance from the public-facing social media platforms. However, he rarely gives the interviews avoiding questions on his personal life. He has a personal and verified Twitter handle @kawhileonard with 433.7k followers. Moreover, we can see the Instagram fan page under his name with 226k followers.

The athletic hits the gym to have a strong athletic body and follows nutrition healthy diets to keep him healthy for his next game. His perfect strong body stands to a tall height of 6 feet 7 inches or 2 meters and weighs around 104 kg. He has a black hair color with black eyes color.