Kyle Richards is an American actress, television host, and socialite. She started her career as a child actress recognized for a recurring role on Little House on the Prairie.  Also, she has appeared in many acting projects like The Car (1977), Tobe Hooper’s Eaten Alive (1977), The Watcher In The Woods (1980), and Halloween Kills (2021).

However, she has gained huge recognition from her stint role as the cast member of The Real Housewives of Beverly Hills along with Lisa Vanderpump, Denise Richards, Lisa Rinna, and Garcelle Beauvais. Wanna know more about the details of the gorgeous actress then keep on scrolling. 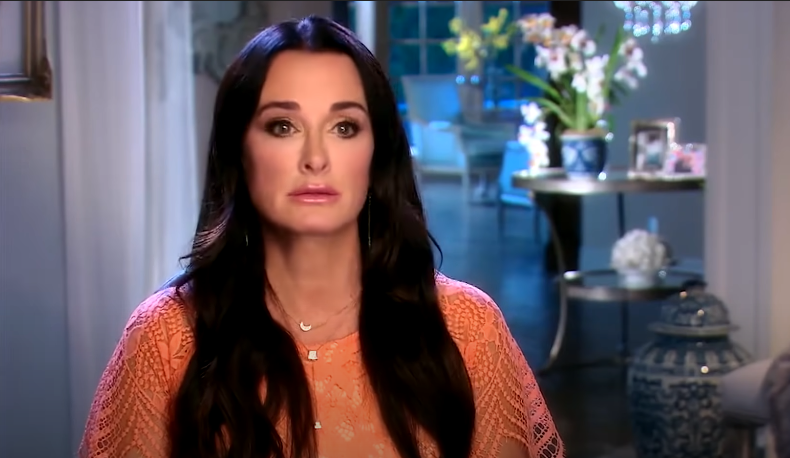 The actress was born on 11 January 1969, in the Hollywood neighborhood of Los Angeles, California. She was the daughter of Kathleen Mary Richards and Kenneth Edwin Richards. Richards has a biological sister Kim Richards and half-sister, Kathy Hilton, both are actresses. She has two Nicky and Paris Hilton are her nieces.

No information on her educational qualifications on the net. However, she has started her acting career from a young age in the year 1974 with the television series Little House on the Prairie. After that, she along with her actress sister Kim had appeared in the thriller film The Car. Her other acting roles credit Police Story(1976), Father Knows Best: Home for Christmas(1977), Carter Country(1979), Down to Earth(1984), Curfew(1989), and Deadly Sibling Rivalry(2011).

She has also appeared in several reality television programs including The Real Housewives of Beverly Hills, Whose Line Is It Anyway?, Girlfriends’ Guide to Divorce, The New Celebrity Apprentice, and Celebrity Family Feud. Apart from that, she has also tried out her hands in different business ventures. It includes a clothing line that launched for shopping network HSN in 2014 and Kyle x Shahida at New York Fashion Week in 2019 along with partner Shahida Clayton. In 2011, she has published a memoir titled Life Is Not a Reality Show: Keeping It Real with the Housewife Who Does It All.

She has married twice and divorced once. She has first married her ex-husband named Guraish Aldjufrie. At the age of 18 in 1988, the couple married but they separated in 1990 and divorced after two years. Anyway, the duo had produced a daughter named Farrah Brittany on 31 October 1988. Before that, she had dated an American actor and director, C. Thomas Howell.

In 1994, she met her current husband Mauricio Umansky, and started to date each other. The couple married on 20 January 1996 in a lavish wedding ceremony. Mauricio is a Los Angeles real estate agent and the son of the television personality, Estella Sneider. During their marriage, Kyle was pregnant with Umansky’s daughter for four months. Their first-born daughter Alexia Simone was born on 18 June 1996. Then they welcomed two more daughters, Sophia Kylie (b. 18 January 2000) and Portia (b. 1 March 2008). 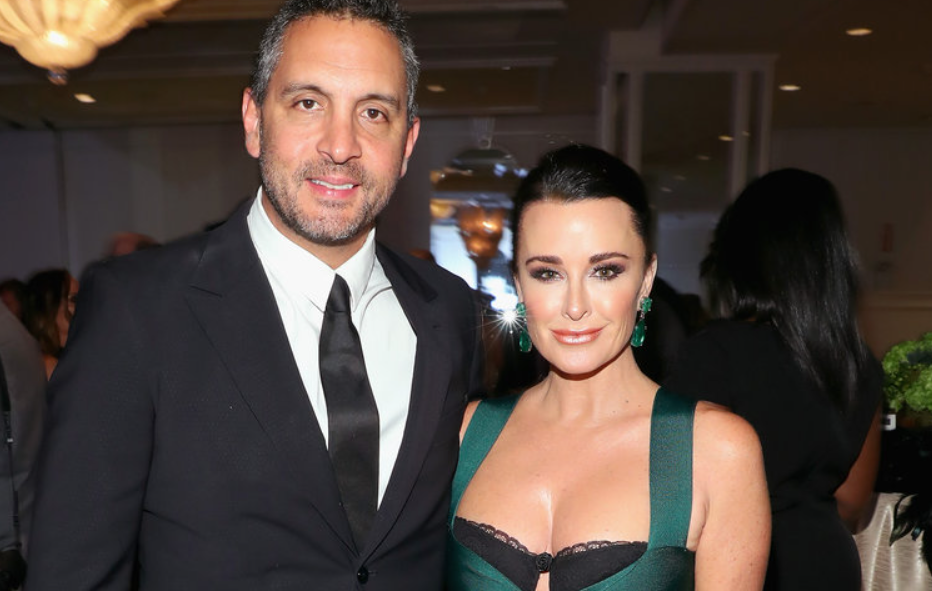 She has been making a good amount of money from her career as an actress and appearing in different reality shows. Therefore, she has an estimated net worth of around $100 million from her works. In addition, she is the richest cast member on the Real Housewives of Beverly Hills.

The actress has a slim and attractive body that measures bra size 34C, waist size 24 inches, and hip size 35 inches. Her body has a height of 5 feet 2 inches and weighs around 55 kg. She has light gray eyes color with black hair color.