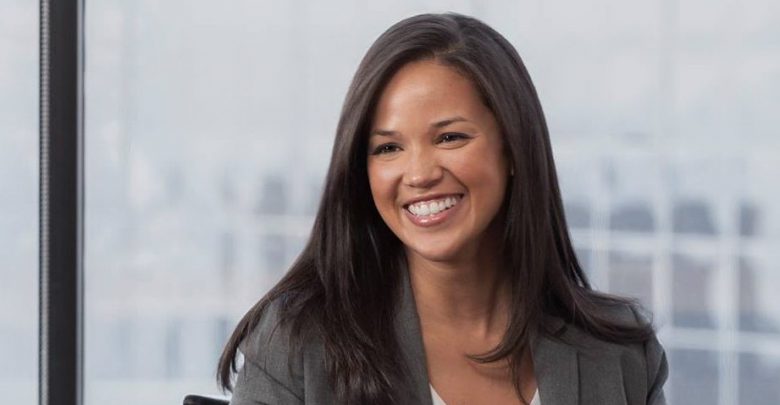 Laura Jarrett is an American political correspondent. Like Sara Murray and Ana Cabrera, Jarret also serves as a political reporter for CNN since 2016. Prior to her journalism work, she has worked as a lawyer.

Besides this, Many people know her as being the daughter of Valerie Jarret. Valerie is a businesswoman and former Senior Advisor to the former U.S. president Barack Obama. Let us scroll down to know more about the talented daughter of the Jarret clan.

Cheesing for the Warriors in Washington #letsgosteph

Laura was born around the year 1983 in the city of Illinois, Chicago. However, the journalist has not revealed the information of exact birthdate and month. Laura was born to an influential and well educated Afro-American parents William and Valarie Jarrett. Her father is the son of Chicago Sun-Times columnist Vernon Jarrett and was a doctor. Her mother has maintained herself as a prominent figure in society. She has served as a top government official and also a named as a business mogul.

Her parents separated while she was only 5 years old. Also, she has witnessed her father demise, due to a heart attack, at the tender age of 10. Further, for her education, she has attended Chicago High School. She was a brilliant student and graduated with passed with good marks. Then she went on to join Harvard Law School and obtained a law degree in 2010. Additionally, she has published her own articles on gender, violence, and law, during college days. And was a chief editor and Technical Editor for the Harvard Journal of Law and Gender.

Currently, Jarrett serves as a Washington D.C. based news correspondent to the CNN since 2016. However, after completing her graduation, she has worked as a judicial law clerk for the Honorable Rebecca Pallmeyer on the Northern District of Illinois. Then later served to Honorable Ann C. Williams on the Seventh Circuit Court of Appeals.

After that, during law practice, she has worked on many litigation cases in Chicago. Laura has focused on defending companies and individuals in government investigations. The cases have been brought by the Justice Department and Securities as well as Exchange Commission. Further, she has spent time on the pro bono cases where she represented a sex-trafficking victim.

Coming over to her personal life, Jarrett is a married woman. She has married her long term boyfriend Tony Balkissoon. He is a son of the Canadian political, Bas Balkissoon. Therefore, she has not provided much information on her personal life and love life as well. However, according to the reliable sources, their wedding took place at Kenwood, Chicago where the top government officials and politicians were seen.

As a political news correspondent based in Washington D.C., Laura has gathered a handsome amount from her career. Further, CNN reportedly is known to pay a good amount to their employees. Therefore, their reporter’s expected salary ranges from £41K to £51K (in dollars approx 61 to 66 hundred thousand). As a result, her net worth is estimated to be more than a million dollar.

Moreover, she also shares a significant amount in her husband’s wealth who is the son of the Canadian politician Bas Balkisson. Furthermore, she is living a lavishing life with her family.

The news correspondent has a well build body structure with an average height of 5 feet 5 inches or 1.65 meters. Her body weight weighs to 60 Kg. There is no further information on Afro-American beauty’s body measurements.

Never gets old being at the table w/ @wolfblitzer