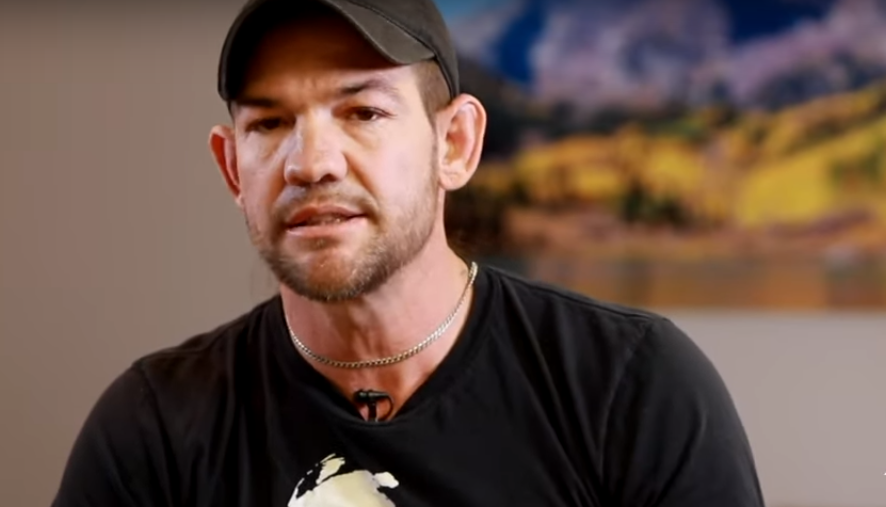 Leland Chapman is one of the popular American Bail Bond business. He has experience of decades working in the field of capturing fugitives and criminals for monetary rewards. He and his family have been famed for offering assistance to Bail agents and their fugitive Recovery personnel.

Moreover, due to his involvement in this field, he has learned a professional boxer, kickboxer, and extreme fighter as well. However, Chapman has gained famed widely after appearing in a reality television series ‘Dog the Bounty Hunter’, where the show broadcast features family’s Bounty Hunting business. Let us Scroll down to know more information on his personal life, net worth, marital status, and body measurements.

The bounty hunter was born on 14 December 1976, in Groom, Texas, the U.S. as Leland Blane Chapman. He was born as the son to 12 children of his father Duane Chapman Sr. and his first wife La Fonda Sue Darnall. His father has married for the five times and fathered 12 children. He has siblings and half-siblings; they are sisters Lyssa, Barbara Katie, and Bonnie. His brothers are Duane Lee, Nicholas, Tucker Dee, Garry Wesley, Christopher Michael, Zebediah Duane, and Jame Robert.

While growing he has been raised different places like in his early days, he was in Pampa Texas. During his teen years, he moved to Colorado Springs, Colorado with his mother. But unable to handle in his teenage (13 years) days, his mother put him in foster care and ran away. Due to his bad habits like running away from home, skipping school, and joining a gang. However, he was given a choice to live with his father or got to foster care, ultimately, he chose his father.

From a young age of seventeen, he started to train boxing and mixed martial arts along with his friend Sonny Westbrook. Following that, he graduated from high school at the age of eighteen. Besides this, there is no information on his further academic education.

Chapman started his career as a bail bondsman when he joined his family business bail bonds company, Da Kine Bail Bonds. Further, he learned all tactics and trained to become a bondsman with his father all he needed. Other family member s who are involved in the business includes Duane Lee Chapman, Late Beth(Alice Elizabeth) Chapman, and Lyssa Chapman (Baby). He along with Duane Lee has hunted many fugitives together. Later, he began to work without the directives of his father then he began to work as the CEO of Da Kine Bail Bonds on Big Island.

After gaining much experienced and also gained fame in the business, he opened his own Bail Bond Company ‘Kama’aina Bailbonds’. Further, Chapman injured his left knee in the fight and advised to stop the fighting after the surgery or there is a high risk of losing the use of his leg.

In September 2006, he was arrested by the U.S. Marshals at the request of Mexican government along with Duane and Tim Chapman. They were charged with ‘deprivation of liberty’ while they were chasing fugitive and serial rapist Andrew Luster. However, they were bailed on $100 thousand for Leland and Tim while Dog at $300 thousand.

Coming to his personal life, he has married two times and divorced once. Also, he has been in a fling relationship with a few girls who believed to have produced a kid with them as well. However, initially, he was in ten years of marriage relationship with his first wife Mauni Chapman. The couple tied a knot in 1995 and divorced in 2005. Prior to his first marriage, he had fathered a son Dakota from his high school girlfriend, Raina, born in 1995. Then he had his second son Cobie from his first wife, born in 2000.

After his divorce, he involved in a romantic relationship with Lynette Yi. Further, it is believed that he has produced a daughter Leiah Breanna Chapman from this relationship. However, the couple couldn’t proceed far their relationship and separate to walk their own path. After having several failed relationships, he currently married to his present wife, tattoo model, Jamie Pilar Chapman. The couple seems very happy and enjoying their married life.

Regarding his earning, being one of the best bounty hunters of the nation, he surely is making a good income out of it. Further, he has also been featured in reality shows like ‘Dog: The Family Speaks’ and ‘Dog and Beth: On the Hunt’, which was a hit series at the time. Therefore, he must have been making income in six numbers figure. However, there is no exact information on his annual earning but according to different sources, his net worth has estimated $500 thousand. While some other sources have estimated his net worth above $2 million. In the safer zone, let us point out that he has a profitable earning from his career.

Leland Chapman is also highly active over various social media platforms and has personal and verified accounts. On Instagram, he has an account @lelandchapman with 460k followers. On Twitter, he goes by the handle @LelandChapman with 348k followers. But he does not seem using a Facebook account.

First catch of the day

The popular bail bondsman has an average height of 5 feet 6 inches and weighs around 68 kg. But he has not revealed information on his muscular body’s measurements. He has brown hair color and eye color as well. Furthermore, Leland has tattooed in different parts of his body. He has inked a big flying bird on upper back and big cross on his lower back. Also, he has inked o unique design on his full left hand and right forearm and shoulder too. Additionally, Hawai Islands on his right biceps too.