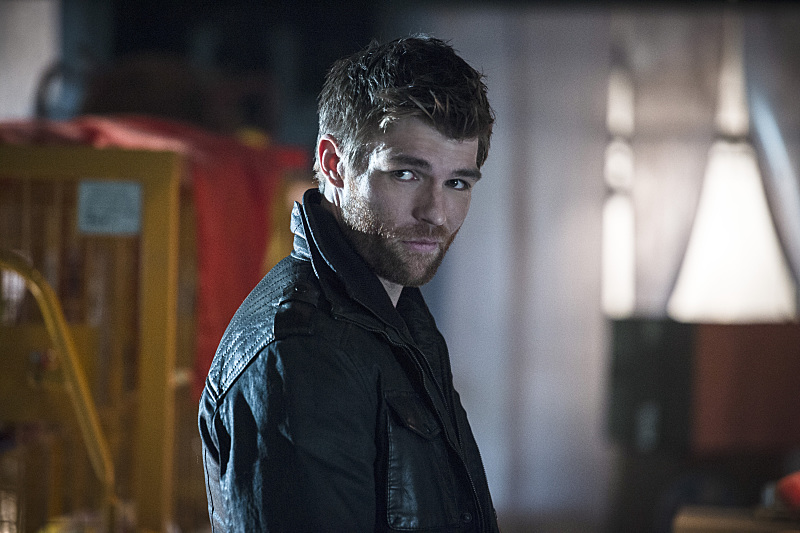 Liam McIntyre is an Australian-born actor who found fame for his appearance in Spartacus: Vengeance, which was the second season in the Starz TV series Spartacus. Moreover, Liam was also cast for the third season of the show. Liam was able to win the love and support of his fans through his stellar performance as a gladiator in the series.

After a successful period in the TV show, McIntyre landed himself the role in The Legend of Hercules in 2014. It was definitely not the end of it for this talented actor who next appeared in the superhero show, The Flash alongside Jimmy Bennett. Let us now get to know a bit more about him.

Liam McIntyre was born on the 8th of February, 1982, in Adelaide, South Australia. Things did not start very well for Liam as his parents decided to split up when he was only 2 years old. He next went on to relocate to Melbourne and live with his mother Barbara McIntyre-Conway. His granny too played a big role in his upbringing.

From a very young age, Liam showed an inclination towards the artsy side of things. He was also finding his creative side thanks to his grandmother who helped him develop an interest in painting. For his education, McIntyre went to Ireland as an exchange student to study business.

To begin with, Liam never had that drive for acting and was only in the show business to make a living. However, he was a talented one and would go on to make some appearances in his home country. He next landed a role in the TV series, Rush and Neighbors which earned him a lot of fame in the community. Moreover, Liam went on to find his way among the international community with a guest role on the popular HBO World War II mini-series The Pacific.

However, his biggest role came in 2011, in the ford of a gladiator in the show Spartacus. McIntyre became the replacement for Andy Whitfield who was diagnosed with Non-Hodgkins lymphoma in 2010 and passed away in 2011. As we so often hear, one man’s misery is another man’s fortune, McIntyre got to play the lead role for the final 2 seasons of the show. Apart from his roles in TV, Liam has also gone on to appear on several movies live The Legend of Hercules and The Killing Field.

Now coming to his love life, Liam is actually a married man and has been together with his lovely wife Erin Hasan McIntyre for quite some time now. The two began dating in 2010 and were engaged at the Disney World in 2012. Eventually, the couple said their wedding vows on the 5th of January, 2014, in the presence of their close friend and family.

Liam is also super nerdy and is into video games. He even gave voice to the lead character J.D. Fenix in the famous game “Gears of War 4”. For someone who at a point worked at a game store, this was a dream come true. McIntyre went from selling games to actually starring in one, what a turnaround of thing.

Liam is certainly one of, if not the best actors in Australia and it surely did not come easy for the young man. He has had to work really hard to climb the stairs to the top. As of today, McIntyre has surely established himself in the showbiz industry and is making quite a name for himself. It is just not the name that he is making. Being one of the top actors in Australia, he makes a pretty decent living out of it. Reports suggest that Liam now has a net worth of $5 million and the figures are sure to rise in the years to come.

McIntyre is also active on social media platforms and he is quite famous too. He likes to engage with his fans and share them some aspects of his life. Liam has just under 50k followers on Instagram and 100k on Twitter. You too can follow him with the links given below.