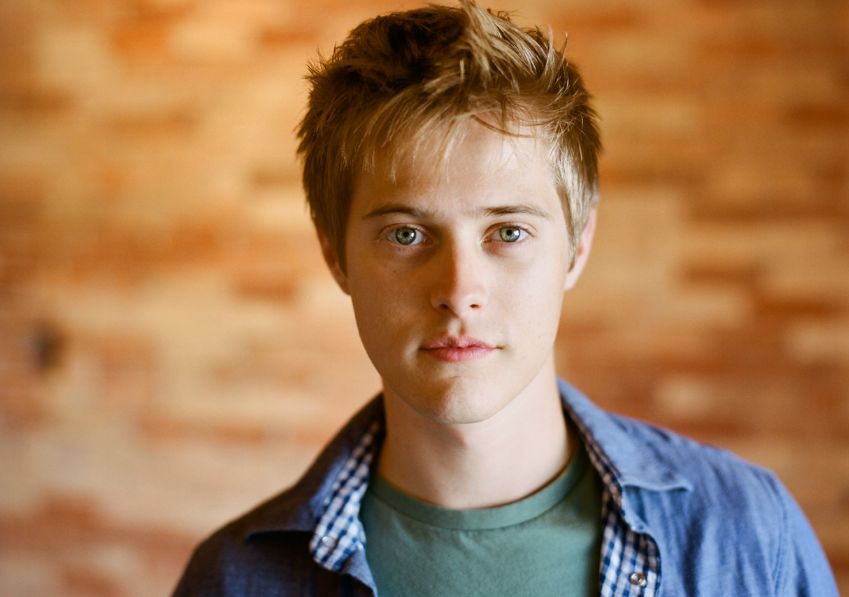 Lucas Grabeel became popular with his character ‘Ryan Evans’ of ‘High School Musical’ series. Now you might have remembered this actor as the twin of Ashley Tisdale’s character, Sharpy Evans. He played the arrogant, mannerless, demeanor, dress sense of the character in the film along with Zac Efron, Vanessa Hudgens, and Olesya Rulin.

Let us scroll down to know more information on his personal life and professional life. Also, let us discover what he is up to now? and what is he doing? What’s his relationship with Emily Morris?

Thanks @chuckyklapow and @therollingstones for letting me crash your intimate Edinburgh show. #incredible

The actor was born on 23 September 1984, in Springfield, Missouri, the United States. He was born to the parents Stephen and Jean Grabeel. He has not provided information on his parents and siblings. But we do know that he has an older sister Autumn Grabeel. He has a mixed ethnicity of English, German, Scottish, Spanish, and distant French-Canadian.

Looking at his education, he has attended LoganRogersville Elementary and Middle School. Then he transferred to pursue study at Kickapoo High School in Springfield. From a young age, he has built an interest in music and singing. So, afterward, he began to learn the guitar and accordion, as well as in dancing. During his growing period, he was active in Church Choir and formed all-male acapella group at Kickapoo High School.

Happy #nationalsiblingday! Love you @autumngrabeel. You've been holding me up my whole life.

The Springfield born actor moved to Los Angeles to pursue his acting career after graduation. Later, he got opportunities to start his acting career through several commercials including toothpaste and Hot Wheels. However, spending months in commercials, gradually he got a chance to work on a big screen in 2004. He appeared on the role of ‘Ethan Dolloway’ in the third sequel of Halloweentown film ‘Halloweentown High’. Following that, he made his television debut by portraying the character ‘Jason Matheny’ in an episode of ‘Boston Legal’, starrer Julie Bowen and Rhona Mitra.

His other television credits are ‘pinky Malinky’, ‘Family Guy’, ‘Dragons: Race to The Edge’, and ‘Disney Star Darlings’, amongst others. As a singer and songwriter, he has released several singles including ‘You Got It’ and ‘I Want It All’.

#tbt to when I rode b*tch on a broom. Lookin miserable. @Sara_Paxton and I actually had a blast on Rtrn2Hllwntwn.

Grabeel’s film credits include 2007 ‘Alice Upside Down’, 2008 ‘At Jesus’s side’, and 2008 ‘College Road Trip’. Furthermore, he has also garnered the nominations for his role in 2011 ‘Switched at Birth’ in 2011, 2013, and  2014. Although he has worked in several series and films, he got popularity from playing the role of ‘Ryan Evans’ in ‘High Musical School’ series. There he portrayed the role of twin brother to Ashley Tisdale’s character.

However, the actor has been rumored to be gay for lots of assumptions. Like based on his looks which he presented as a stereotypical gay man. And especially, the looks of his character on High School Musical series. But, it’s just a false rumored spread as he proved wrong by being in a lot of relationship with beautiful girls.

The adventure continues. The Baltic Sea has been great so far. Taking advantage of cell service to post a few pics.

Besides acting, he is also a singer, songwriter, and director, doing well all in these fields. Lucas has been earning a good amount from his career. His net worth is calculated to be around $8oo thousand. But he has not revealed his exact salary in the media.

Just a couple of wildcats on a #Broadway stage. @corbinbleu killed it last night in #HollidayInnMusical! @ZacEfron So much love for these guys.

The Musical High School famed actor has a good height of 5 feet 7 inches or 1.70 meters. He weighs around 64 kg but his body statics is not available on the media. Further, he has a dazzling green eye color and blonde hair color.