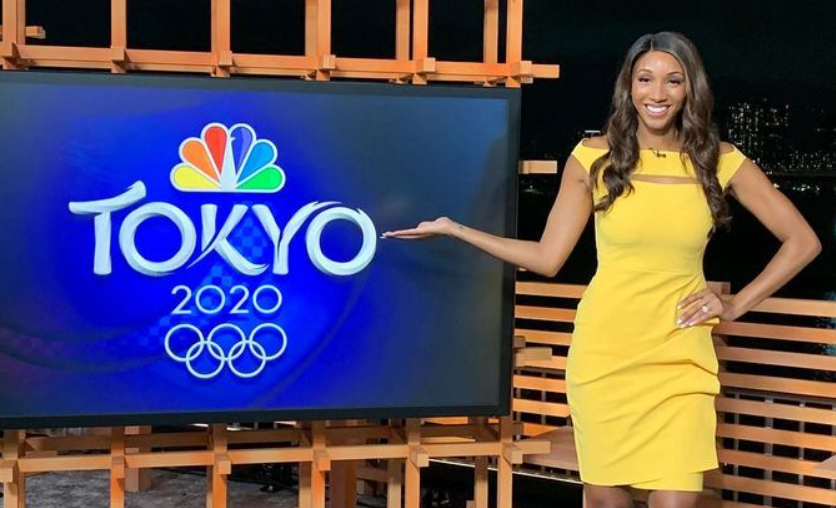 Maria Taylor is a sports analyst and newscaster. She had worked as a host for ESPN and SEC Network. Currently, she is working as a sportscaster for NBC Sports. The sportscaster has covered many areas including college football, college volleyball, National Basketball Association (NBA), and men’s and women’s college basketball.

Further, she had been in the media highlights for a while because of her departure from ESPN. Also, it is reported that her departure came after the conference call between Rachel Nicholas and LeBron James from July 2020. Let us scroll over to know more information on her and also read about her net worth and measurements. 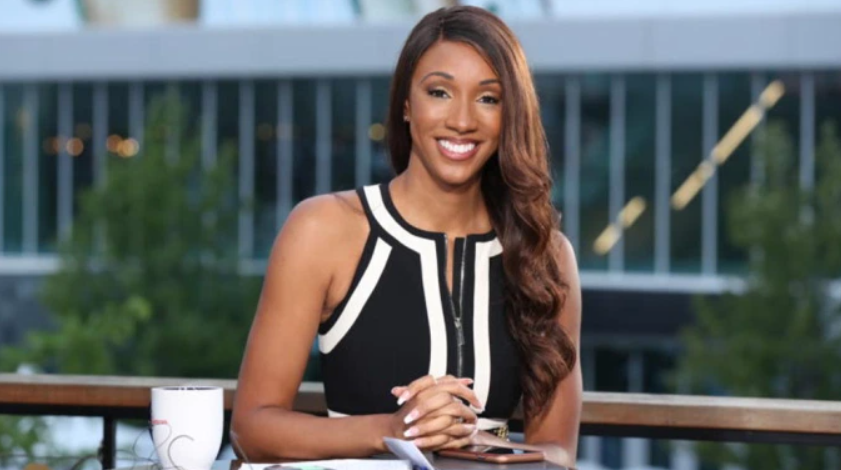 The sports newscaster was born on 12 May 1987 as Suzette Maria Taylor in Alpharetta, Georgia, the U.S. She is the daughter of father Steve Taylor and mother Suzette Taylor. It seems that she is the only daughter of her parents since there is no information on her siblings. She has a nationality of American and belongs to the Afro-American ethnicity.

For her education, she had attended Centennial High School. During her high school days, she had a successful four-year basketball career in which she received many accolades. Additionally, she was selected to be a member of the 2004 USA Volleyball Junior National A2 team. On an athletic scholarship, she joined the University of Georgia where she continued to play volleyball and basketball from 2005-2009.

In 2013, she worked as the sideline reporter on ESPN2’s weekly Saturday-night primetime college football telecast. Prior to that, she actively working as an analyst since 2009. For three years, she had served as a reporter and host for IMG College at the University of Georgia. In addition to that, she had appeared on various studio shows including SEC Men’s Basketball Tonight and SportsNite.

Furthermore, she joined the SEC Network in 2014 and covered a college football reporter. She worked along with commentator Brent Musburger and Jesse Palmer. After gaining experience, she joined the ESPN College GameDay broadcast team as a reporter and host, replacing Samantha Ponder in 2017. In ESPN, she has covered several college games to National football and basketball games news.

However, she reported to left the network a day after the 2021 NBA Finals concluded on 20 July. Further, she was offered to increase her salary to $1 million by the network, however, she decided to leave the network. After two days, she joined NBC Sports debuting as an on-air during the 2020 Summer Olympics and also serves as a correspondent.

Coming over to her personal life, the gorgeous sports analyst has married her longtime boyfriend, Rodney Blackstock. They married on 5 May 2019 at the oceanfront Hilton Sandestin in Destin, Florida. Further, they met at a Charlott Hornet’s game back in 2014 and started dating. Moreover, Blackstone proposed with a halo floral-inspired ring after three years of their dating. It seems that the duo are not planning to have any child any sooner but you may not be confirmed about anything.

Looking shortly at Rodney, he hails from Greensboro in North Carolina and belongs to Brazilian ethnicity, and is fluent in Portuguese. He was a sports agent previously and also played as an unrestricted free agent in the 2007 NBA draft. He also served as the director of sports marketing at Q4 Sports in California until May 2020. But it seems that the couple is no longer with each other. The speculations began to circulate when Maria shared the picture of a man captioning ‘I Love Our Love Story’. She herself has not shared much information on her married life except sharing the picture.

Moving over to her earning, she makes a good income from her profession in the field of journalism. Therefore, she has a net worth estimated at around $2 million and has around $60,000 annual pay. With this huge amount, she is living a lavishing and splendid lifestyle.

The gorgeous media personality has a slim and attractive body that measures 34-30-38 inches of chest-waist-hips respectively. Her body stands to a height of 6 feet 2 inches or 1.88 meters and weighs 72 kg. She has brown hair color with black eyes color.