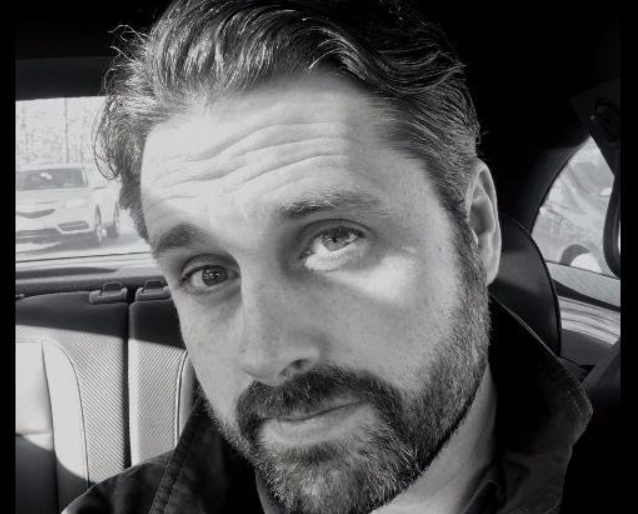 Many of us must be familiar with Savannah Guthrie who is the main co-anchor of the NBC News morning show Today. You must be aware that the veteran journalist is married as well. Currently, she is enjoying her married life with her husband Michael Feldman, and two children. But did you know that she was married previously to BBC presenter, Mark Orchard?

Furthermore, Guthrie met her English-born BBC News presenter first husband Mark while covering the trial of Michael Jackson. The ex-couple married in 2005 and separated in 2009. Additionally, he is working as a senior producer at Full Measure at the moment. Let us keep scrolling to know more about the journalist.

The secretive journalist has hidden most of his personal details away from the media. However, we came to know that he was born during the year 1971 which makes his age around 49 as of 2020. Further, he has raised up as the son of Jenny and John Orchard in London. His mother retired as a computer systems engineer in the London office. And his father had worked as an account management training for Europe in the Geneva office of the Digital Equipment Corporation. Other than this, he has not revealed information on his siblings or early years.

After completing high school, he graduated from University College London. As soon as he graduated, he started his career as a television producer and broadcast journalist. At the moment, he is working as a senior producer at Full Measure. In his career-beginning, he interned with Independent Television News in the UK. Previously, he worked with Al Jazeera America program ‘America Tonight’ as an executive producer.

He later officially worked as an on-air reporter and producer for ITN in London. Then, Orchard joined the BBC in the mid-90s as a senior foreign affairs producer. For his works, he had traveled to Europe and Africa, also flew to the United States to cover the 2000 presidential election campaign. In addition, he traveled as a member of the White House press corps during President George W. Bush’s first term.

According to the New York Times, the BBC presenter first married Anne Elise Kornblut on 2 September 2001. Their married held at the Ashby Inn in Paris, Va. by the Rev. William F. Myers, an Episcopal priest. But their relationship didn’t go well and separated sometime before 2005. In that year, Anne moved on and married to Jon Cohen.

Looking briefly at his first wife, Anne, she has graduated from Columbia. Born as the daughter to Jane Kornblut and late Arthur T. Kornblut in 1973. Her mother later re-married Edward W. Willhaus, an engineer at Mitretek Systems. Further, she is a Pulitzer Prize-winning American journalist and serving as director of strategic communications for Facebook at the present.

After divorce with Ann, he also moved on married journalist Savannah Guthrie in the year 2005. They started to date after they first met at the trial of Michael Jackson. But this marriage of his also didn’t last long and decided to end their marriage. In 2009, their divorce finalized and reasons of their’s divorce are not available in the media.

Later Gutherie married Democratic political and communications consultant Michael Feldman in March 2014. Together, they had welcomed two children. Whereas, Mark began to live a low-key life away from the media. So it is not known whether he is in a relationship or not.

Speaking of his earning, he must be accumulating a good fortune from his career as a journalist. Further, Orchard standing to a height of 5 feet 9 inches has not revealed exact details on his salary or annual income. However, his net worth must have an estimation of around $500 thousand. Also, he had traveled to several parts of Europe, Africa, and the United States.