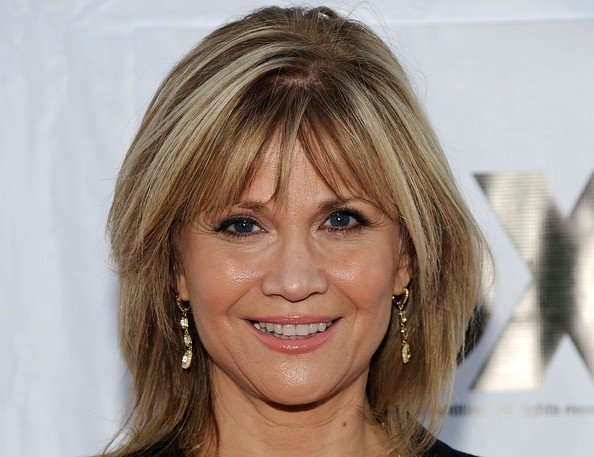 The American actress Markie Post started her career through varieties of game shows as a crew member to anchor. Thereafter, she began to appear in the series and dramas in a guest role and a recurring role as well. One of her notable roles includes ‘Terri Michaels’ in series ‘The Fall Guy’ and stint role in the game show ‘The $10,000 Pyramid’.

Keep on reading to know further details on the veteran and talented who became popular from the 80s and 90s dramas and films. Further, she had debuted in films with ‘Gangster Wars’ in 1981. Then in 1998, she appeared as the mom of actress Cameron Diaz.

.@Lin_Manuel Got my shirt! pic.twitter.com/BmkCCp1B7o

The beautiful actress Post was born as Marjorie Armstrong Post on 4 November 1950 in Palo Alto, California, the USA. She was born as the second child to her parents Richard F. and Marlee Post. She grew up along with her two siblings; Rodney and Stephen Post in Standford and Walnut Creek. Her father had worked as a nuclear physicist and her mother, a poet.

Speaking about her education, she attended High School at Las Lomas High School where she participated in the school cheerleader team. After moving to Portland, she joined Lewis & Clark College and graduated with a bachelor’s degree in Arts. Additionally, she has also spent a brief time at Pomona College too.

The actress before starting her professional career in acting, she has worked on several game shows. Post’s game shows include as production crew of Tom Kennedy’s ‘Split Second’. Then served as an associate producer in Alex Trebek’s ‘Double Dare’ and card dealer on NBC Jim Perry’s ‘Card Sharks. After that from 1981, she began to appear in a guest role in dramas including ‘The Incredible Hulk’, ‘The A-Team’, ‘The Only Church in Town’, and ‘The Love Boat’, amongst others.

She has appeared in the two episodes of the series ‘Buck Rogers in the 25th Century’, where Pamela Hensley featured as ‘Princess Ardala’. In 1981, she worked in a television miniseries ‘The Gangster Chronicles’ as ‘Chris Brennan’, along with Joe Penny and Michael Nouri. Following that in 1982, her character ‘Terri Michaels’ became regular for the series ‘The Fall Guy’. She also had a regularly recurring role in the game show ‘The $10,000 Pyramid’ as well as in series like ‘Night Court’, ‘The District’ and ‘Scrubs’. 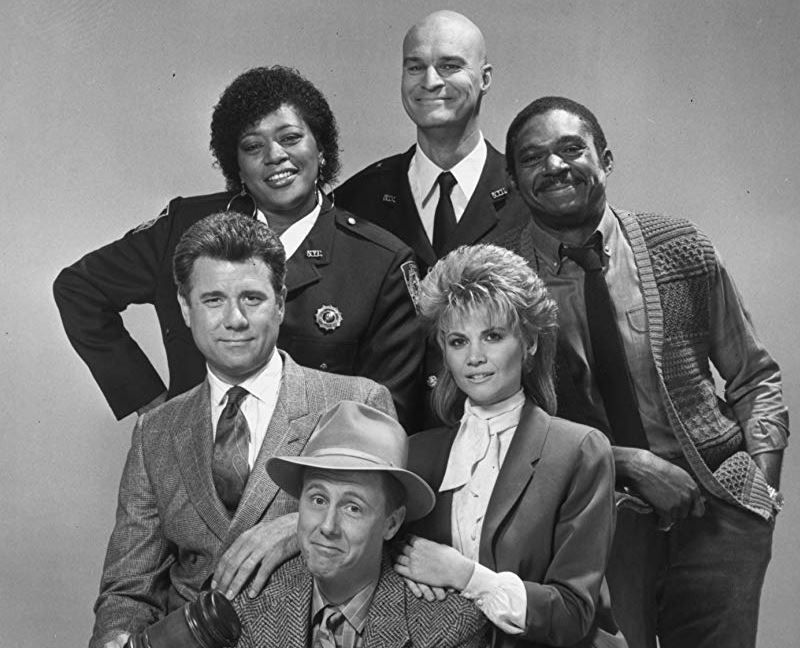 Caption: Markie Post in series ‘Night Court’ in 1984 along with her co-stars.
Source: IMDb

In 1992, she appeared as ‘Georgie Anne Lahti Hartman’ in the 54 episodes of ‘Hearts Afire’ and 13 episodes of ‘Odd Man Out’. Her other notable roles in the television movie include 1982 ‘Massarati and the Brain’, 1983 ‘Six Pack’, 1986 ‘Triplecross’, 1993 ‘Beyond Suspicion’, 1996 ‘Chasing the Dragon’, and 2017 ‘The Joneses Unplugged’, amongst many other. Additionally, she has also voiced the computer-animated robot ‘Judy Darby’ in the superhero tv series ‘Transformers: Prime’.

Let us together discover the personal life of the evergreen actress, she was married twice and divorced once. First, she married her college sweetheart Stephen Knox whom she met at Lewis & Clark College. The couple then married in 1971 but after a year, they ended their relationship.

Again after 10 years of her divorce, she fell for the producer and writer, Michael A. Ross. He had been a producer for the movies like ‘Rules of Engagement’, ‘Better off Ted’, and ‘Kirk’. Further, the couple tied a knot on 7 February 1982. Since then, the couple is enjoying their married life along with their kids. The couple had produced two daughters Katie Ross and Daisy from her marriage to Ross. Moreover, she has been rumored to have an affair with ex-American President Bill Clinton.

Unfortunately, the veteran actress had passed away on 7 August 2021 at the age of 70 due to cancer. Further, Post was suffering from cancer for four years when it was diagnosed.

At the premiere party of 'The Santa Clarita Diet' with my writer husband. Binge it on Netflix starting tomorrow. And when I say binge.. pic.twitter.com/f0Xxv4CEPo

Post has been working on the screen over decades by entertaining her viewers in this industry which is still active. Further, she has appeared in mostly television dramas and series than films. Therefore, she has made a huge earning from her acting career. Nonetheless, her net worth has an estimation of $12 million including her properties.

The actress has a slim body type with an average height of 5 feet 6 inches or 1.67 meters and weighs 50 kg. She has beautiful blue eyes with medium blonde hair color. Other than this, her body measurement of 34-23-34 inches.