Meri Brown is an American television personality, author, and married to a polygamous man Kody Brown. She is the first wife of Kody who legally married in 1990. However, she divorced Kody in 2014 in order to marry Robyn Brown and adopt her three children. But the couple remained spiritually married.

Furthermore, she gained huge attention from appearing in the TLC hit reality series ‘Sister Wives’. The series feature unconventional families or lifestyles that premiered in 2010. The show follows the lives of the Brown family, led by Kody Brown and his four wives: Meri, Janelle, Christine, and Robyn Brown. Let us scroll over to know more information on the television personality. 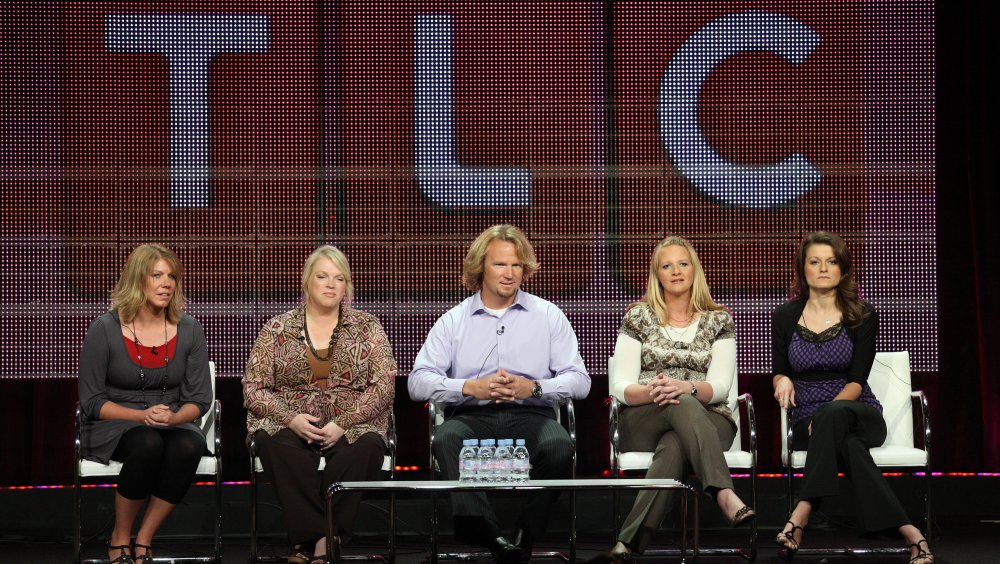 Caption: The television personality, Meri Brown, and her spiritual husband with his three other wives.
Source: The List

The author was born on 16 January 1971 as Meri Caroline Barber in Alameda, California. She was born as the daughter of father William James Barber, Jr. (1942-2007) and mother Bonnie Barber. Further, her father was also a polygamist with five wives and 26 children including her. She holds a nationality of America and belongs to mixed ethnicity.

The TV personality has not documented her academic qualifications. She gained notice as a reality television star as she appeared on TLC show Sister Wives in 2010. As mentioned above, the series follows the life of the Brown family where Kody her husband, and other three wives and their eighteen children. Moreover, she runs a clothing company called LuLaRoe established in 2012 by DeAnne Stidham for women.

She once revealed that she was catfished after having a six-month online relationship with a woman that she thought to be a man. Following this incident, she has released two books: ‘Almost Meri’ed’ and ‘Almost Defamed: Life After A Public Scandal’, both in 2016. In addition, she launched a bed and breakfast pub called ‘Lizzies’s Heritage Inn’ in December 2017 in Parowan, Utah, and runs the inn along with her mother.

Moving to her personal life, as mentioned earlier, she has married Sister Wives’ Kody Winn Brown. If you are thinking about what Kody does for a living besides appearing in the TV series. His job is still a mystery, however, he once said that he had worked many minor jobs including salesperson and lumberjack.

Furthermore, the couple first met in 1989 introduced by one of his sisters. Following that, they began dating and Kody proposed to her on 24 December 1989, in return, she accepted. On 21 April 1990, they officially married each other. Initially, they planned to have eight children. But Meri struggled to get pregnant and even had a miscarriage around 2007 after her first child born. She produced one daughter Mariah Lian in 1994. 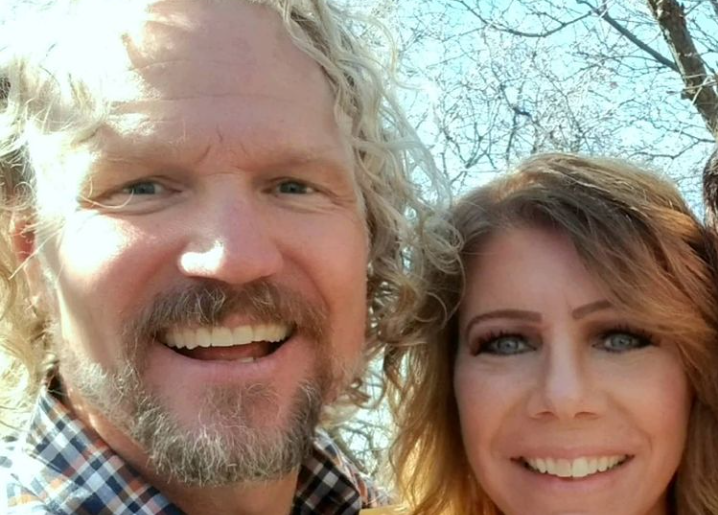 Talking about her earning, she is making a good fortune from her different works and business ventures. Also, reports say that the TLC program spends around $250-$450 thousand per episode. Therefore, the producer of the show estimated that 10 percent of the per-episode goes to the cast members, i.e. in between $25,000-$40,000. Anyway, the net worth of Meri has an estimation at around $800 thousand.

The television personality has an average-looking body that stands to a height of 5 feet 7 inches or 1.70 meters. Her body weighs around 71 kg with unknown body measurements. She has blonde hair color with blue eyes color.