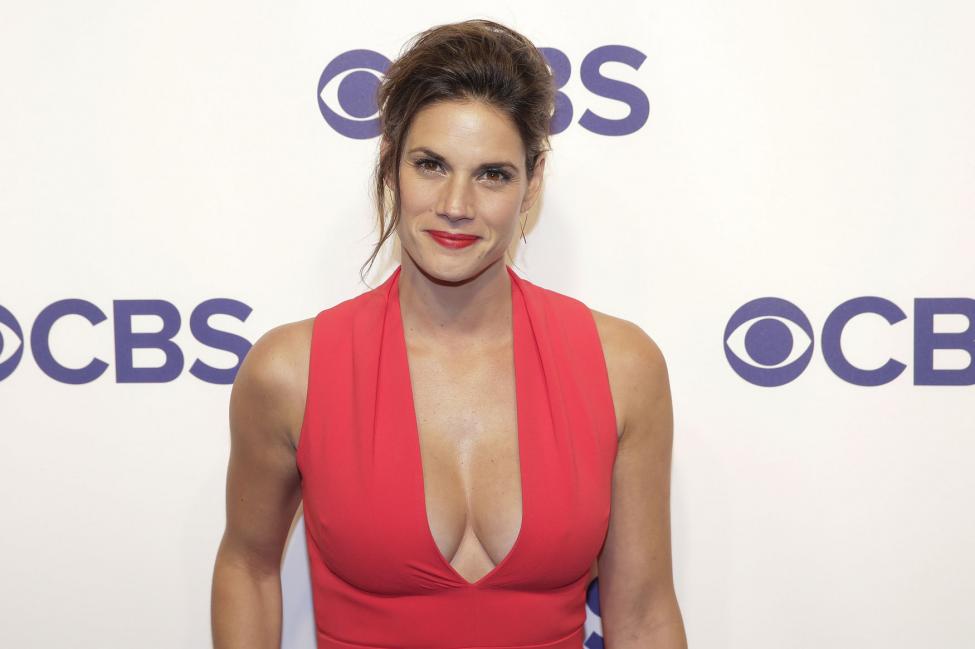 Missy Peregrym is the actress from the 2006 film ‘Stick It’, an American teen comedy-drama where she played the lead role of ‘Haley Graham’. She is a Canadian actress and former model worked with Lizbell Agency. Further, she had modeled for many commercials including Sprint Canada and the Olympic Games.

Moreover, she has portrayed the role of ‘Officer Andy McNally’ in the series ‘Rookie Blue’. For her role in the series, she received a nomination in 2016 Canadian Screen Award. Furthermore, she also featured in the recurring role of ‘Scarlett Van Helsing’ in the 2nd and 3rd season of ‘Van Helsing’.

Missy was born as Melissa Peregrym on 16 June 1982, in Montreal, Quebec, Canada. She was born as the daughter to her parents Rev. Darrell and Vanessa Peregrym. Her father is a minister and mother, a housewife. Other than there is no information available on her siblings or early life.

The actress has revealed that she grew up in a tomboyish behavior. Speaking of her education, she attended Fleetwood Park Secondary School. Then she went on to join the Aurora college in 2014.

Before entering into the world of acting business, she had initially started her career as a model at the age of 18. She then officially began her modeling career with the Lizbell Agency. After that, in her sophomore year of modeling, she was advised to move over commercials by her agency. Then what? she went on did several commercials and later shifted to an acting career in 2000.

She debuted with by appearing in an episode of American cyberpunk series ‘Dark Angel’. Afterward, she appeared in the guest role in several series including ‘The Chris Isaak Show’, ‘Tru Calling’, ‘Jake 2.0.’, ‘Black Sash’, and ‘Heroes’, amongst many others. In 2004, she made an uncredited role in the superhero film ‘Catwoman’. Then landed a lead role of ‘Hailey Graham’ in the teen movie ‘Stick It’.

The real #FBI team. What an honor to march with you. #unexpectedagent

Her other film credit includes ‘Amy’ in 2011 short film ‘Something Red’ and cybercrime web series ‘Cybergeddon’. Also, she gave voice to the thriller movie ‘Pyewacket’. In 2018, she joined the cast of the American crime drama ‘FBI’ as lead role ‘Maggie Bell’, which is still running. She has portrayed the role of FBI special agent and a widow of a Wall Street Journal investigation reporter.

Coming over to her personal life, the actress was suspected to be bisexual. Further, she was speculated to have an affair with actress Rachel Skarsten. However, she proved wrong to all the rumors and married to her boyfriend Zachary Levi Pugh. Missy and Zachary married on 16 June 2014 but a year later Peregrym filed for divorce.

On 30 December 2018, she married Australian actor Tom Oakley in Intimate wedding. Additionally, there is no information available on their dating or first meeting. Further, Peregyrm is also involved in doing charity work. She joined forces with TOMS in 2000 and became a spokesperson for the company. It is a for-profit company that also donates safe footwear for communities in South America.

The Canadian actress has made a good amount mostly from her acting career. Further, she had also earned profit from modeling and endorsements deals as well. Therefore, her net worth has an estimation of above $3 million as of now.

This year was huge – from top to bottom, it required great effort from every person – and we always had a good laugh. I’m so grateful for our team and I’m excited that we get a chance to do it all again soon. Thank you to all the fans for riding with us this year, hope you enjoy the @fbicbs finale!

The former model has a slim body type that stands to a height of 5 feet 7 inches or 1.70 meters. Her perfect body has a measurement of 32-24-34 inches. But no information on her body weight. She has a brown eye color with a highlighted brown medium hair color.