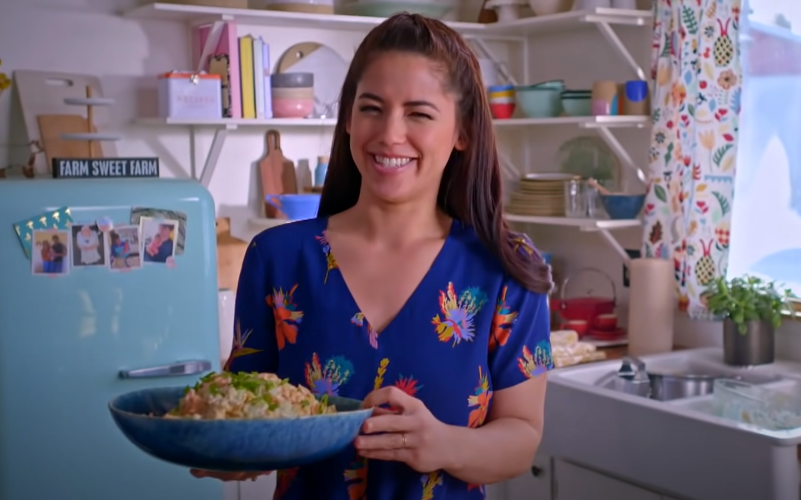 Molly Yeh rose to prominence as a food blogger and chef who shares her recipes on her self-titled websites as well. Many people also recognize her for her show called Girl Meets Farm that aired in 2018 on Food Network. The show has run for nine seasons and is all set to premiere its latest (tenth) season in January 2022.

Apart from that, she has also published a cookbook named Molly on the Range: Recipes and Stories from An Unlikely Life on a Farm in 2016. For which she garnered the Judges’ Choice IACP Award Cookbook Award in 2017. Let us scroll over to know more information on the social media influencer while reading her net worth and personal life. 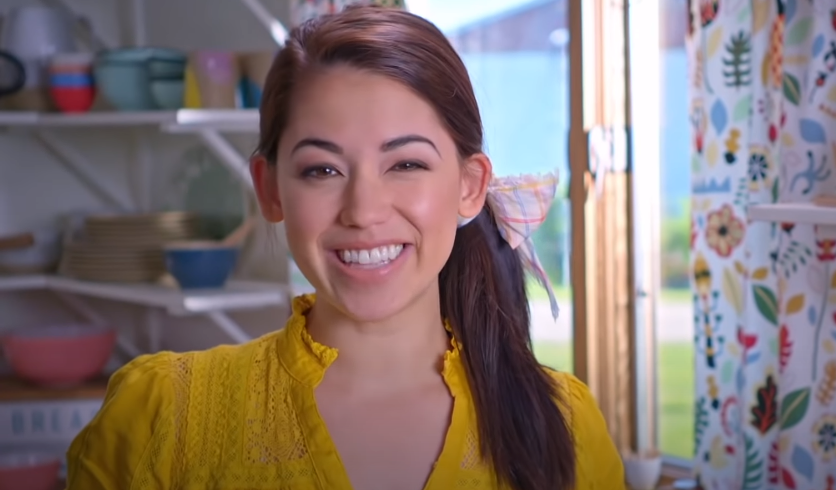 The Food Network popular chef/host was born on 22 May 1989 in Glenview, Illinois, the United States of America. She is born as the daughter of Jewish and Chinese parents: Jody and John Bruce Yeh. Her father is an American Clarinetist while no information on her mother. She grew up with her older sister Jenna who is also a chef. Also, she has a half younger sister named Mia. Furthermore, she has a nationality of American and belongs to mixed ethnicity.

Regarding her education, she finished her high schooling at Glenbrook South High School. She had also enrolled at the Midwest Young Artists Conservatory and was a member of two percussion ensembles, the Rattan Trio. After that, she went on to join Juilliard School after moving to New York City. From the university, she graduated with a bachelor of music degree in percussion in 2011. At the time, she had worked at the Juilliard Journals as their editorial assistant and writer.

She started her career as a blogger when she first posted her journal into the blog in 2009 that she kept from a young age. Following that, she authored her cookbook in October 2016 and later began hosting her show Girl Meets Farm in 2018. She has also co-hosted a podcast From the Top in November 2018 and the show Ben and Jerry’s Clash of the Cones in 2021.

Though she keeps her private life away from the media, it is known that she is a happily married woman. Further, she has married a musician and ranch owner named Nick Hagen since 2014. They have met when both of them attended a performing arts school Juilliard in New York City. Soon they were attracted to each other and started dating. After a while, they moved in to live together in Brooklyn and later decided to locate Hagen’s farm in the East Grand Forks in 2013.

Since then the duo is spending their life on the farm from where she grows most of the ingredients for her recipe. In 2019, the duo had welcomed their firstborn daughter Bernadette Rosemary Yeh Hage (nicknamed: Bernie). She announced her second pregnancy in September 2021 and revealed her due date in February 2022. Additionally, she has shared a few pictures flaunting her baby bump on Instagram as well as she shot the latest season of her show Girls Meets Farm too. 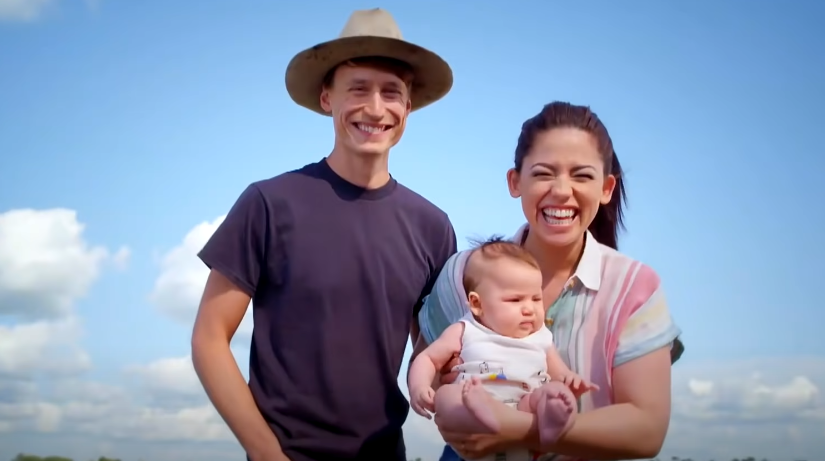 The food vlogger has an estimated net worth of around $8 million from her career. Further, she has been hosting the television show Girl Meets Farm since 2018 which helped her not only fame but also wealth. Also, she appears promoting brands and advertising.

She has a slim and well-toned body figure that has measures of 34 inches chest size, 26 inches waist size, and 34 inches hips size respectively. Her body stands to a height of 5 feet 7 inches or 1.70 meters and weighs around 55 kg. She has brown eyes color as well as the same hair color.