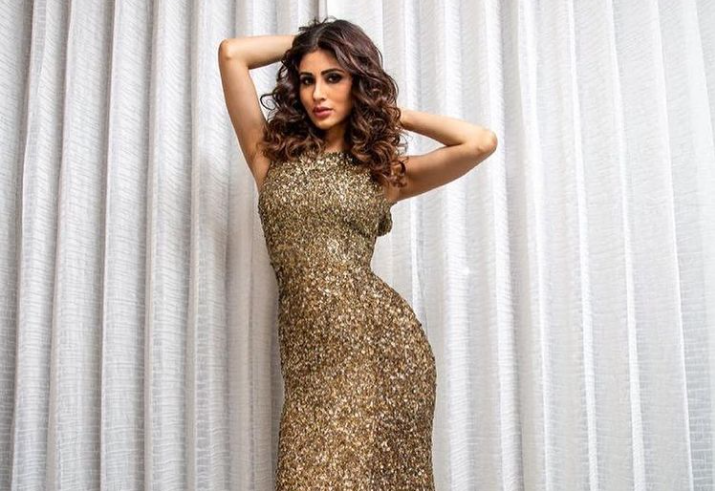 Mouni Roy is an Indian television and movie actress. Also, she is a trained dancer, singer, and former fashion model. She debuted her acting career with the long-run Indian series ‘Kyunki Saas Bhi Kabhi Bahu Thi’, starring Smriti Irani, a member of Bharatiya Janata Party serving as a Textiles Minister of India. Subsequently, she appeared in several dramas, reality television shows, and movies.

Her other most prestigious role came in 2015 for her role Shivanya, a shape-shifting serpent, in the supernatural series ‘Naagin’. The series had topped the TRP charts making her a household name in every Indian house as well as she became popular internationally too. Along with her acting career, she has ventured into singing and seen singing the remake single ‘Bheegi Bheegi Raaton Mein’. 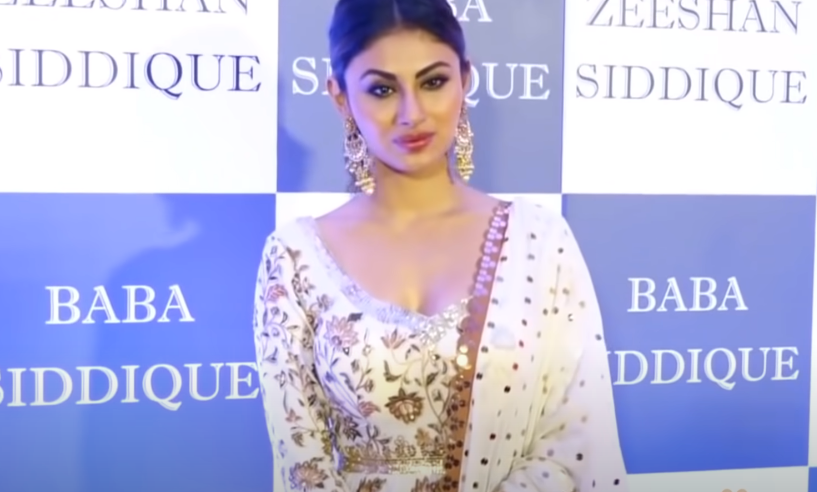 The Naagin famed actress was born on 28 September 1985 in Cooch Behar, West Bengal, India. She was born to a Bengali family where her mother Mukti was a theatre artist and her father Anil Roy, an office superintendent of the Cooch Behar Zilla Parishad. Her grandfather Shekhar Chandra Roy was a well-known Jatra theatre artist. Further, she also decided to make her career as an actress after being inspired by her mother and grandfather.

She has a younger brother Mukhar Roy and called by the nickname Tathun. Regarding her education, she pursued her education till the class 12th from Kendriya Vidyalaya in Baburhat, Cooch Behar. Instead of getting higher education, she fled to Mumbai in order to pursue her career in acting.

In search of her acting career in Mumbai, she had to struggle in her initial days. At the time, she became a background dancer for Bollywood movies songs like Run’s ‘Nahi Hona’ and Devvdas ‘Dola re Dola’. In 2006, she made her first debut appearance with Ekta Kapoor’s long-run series ‘Kyunki Saas Bhi Kabhi Bahu Thi’. There she featured in the role of Krishna Tulsi which helped her to get noticed nationally and internationally as well. After that, she appeared in another series in the supporting role of Shivani in ‘Kasturi’, a contestant in ‘Pati Patni Aur Woh’, and  Roop in ‘Do Saheliyaan’.

Roy had her career peak since the year 2011 and had her breakthrough role as a Hindu goddess, Sati in Life Ok’s mythological series ‘Devon Ke Dev…Mahadev’ from 2011 to 2014. Following that, she had her main role in Life OK’s ‘Junoon… Aisi Nafrat Toh Kaisa Ishq(2013)’, Colors ‘Naagin’ franchise, and a guest role in ‘Meri Aashiqui Tum Se Hi’, ‘Sshhh… Phir Koi Hai- Trittya’, and many more. She has also participated in Indian television reality shows like Comedy Nights with Kapil, Big Boss, Box Cricket League 2, Comedy Nights Live, Jhalak Dikhhla Jaa 9, and Dance Deewane, amongst many more.

In 2018, she made her Bollywood debut in the movie Gold opposite the superstar Akshay Kumar. Following the success of the movie Gold, she has been offered several other movies and item songs in the Indian Kannada period action film KGF Chapter 1.

She further appeared as an R&AW spy in the 2019 film Romeo Akbar Walter opposite actors, John Abraham, and Jackie Shroff. She surprised her audiences with her role in the comedy movie Made In China in 2019 that released during the festive season of Diwali. In 2020, she played the role of Uma Kulkarni in a Bollywood spy thriller movie ‘London Confidential’.

Coming over to her personal life, well, she has attracted media attention for her romantic life as well. she first dated the actor Gaurav Chopra and also appeared together in the Indian reality television program Pati Patni Aur Woh in 2009. The series revolves around celebrity couples where they tested for their paternity. Soon after the end of the show, they also separated and walked their own ways.

After her breakup with Chopra, she was rumored to date her co-star Mohit Raina. Mohit portrayed the role of Lord Shiva in the popular mythology series ‘Devon ka Dev… Mahadev’. However, Mohit denied ever dating the actress in an interview. Anyway, she is currently in a relationship with a Dubai-based investment banker named Suraj Nambiar. And they rumored to set marry anytime soon. According to Mouni, she denied all the rumors saying she is sick of rumors and speculations. 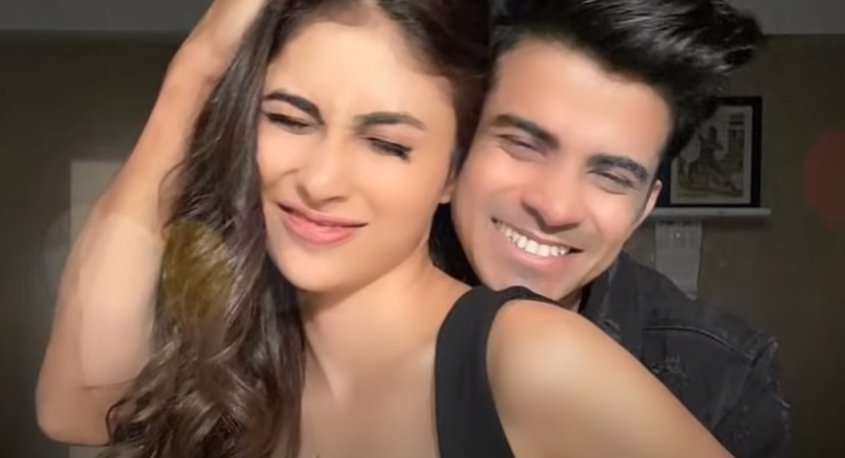 The actress is one of the big names in the Indian television industry who has begun to appear in Bollywood as well. Further, she has posed for many top magazines and ad campaigns. She also appears in the music videos and that called items songs in Bollywood movies. Therefore, she has been investing in a few business endeavors which have helped her to earn a profitable amount.

Further, she is one of the highest-paid actresses in the television industry with 30-40 lakh Indian Rupees per episode in the TV shows. Therefore, she has a net worth estimated at above $1 million or equivalent to 6.5 crore Indian Rupees approximately. Additionally, she has also bought a luxurious apartment in a plush area in Mumbai.

She has a well-maintained slim and perfect body through strict diets and workouts. Her perfect hourglass body figure measures 34 inches chest size, 26 inches waist size, and 34 inches hips size. Her body stands to a height of 5 feet 5 inches or 1.65 meters and weighs around 50 kg. She has dark brown eyes color and hair color.

She has been in the headlines for her allegations of undergoing the knife as she appeared in an unusual fuller lip at the event. In the past, she had also been reported to plastic surgery for her face, especially her lips. But the actress has denied the reports.